My Sister Has an Eating Disorder. I Thought I Knew How to Help Her, But I Was Wrong.

Here.Now. is a teen-driven Jewish movement to reduce stigma around mental health. Made possible by UJA-Federation of New York and The Jewish Board

When I was 12 years old, I was formally diagnosed with depression. It came after a week away from home at camp, when my director heard that I had told other people that I had thoughts of killing myself. After talking to me outside of the bunk for an hour, he told my mom and she took me to a therapist right away. I didn’t realize what was going to happen to me or how bad it would get. I thought it would go away. I wouldn’t need years of therapy or medication or that scary hospitalization thing that happened sometimes to people with depression. That stuff usually went away, right? I didn’t know that that was only the beginning of my journey. How would I have known better? I was only 12 years old.

Over the past six years, a lot has happened. In that time, I began to self harm, was diagnosed with generalized anxiety disorder, was diagnosed with obsessive compulsive tendencies, went through a two-year long depressive period that affected my social life and my schoolwork, lost two classmates to suicide, and began taking medication for my chemical imbalances.

I didn’t realize it while going through all these things, but this was something that had been manifesting for years. I’ve struggled with self-esteem and self-worth since I was a child, and had what felt like every obstacle thrown in my path–divorced parents, moving schools, death of family members, and, eventually, death of friends. I also learned that my depression was genetic, and that it didn’t have much to do with the events going on in my life–it was a chemical imbalance that needed to be changed. It was a lot for a teenager to deal with.

Now, thankfully, I’m on the uphill road to recovery. I’m around six months clean of self harm, have not had a major anxiety attack in over a month (which is a huge feat for me), and have actually been much more positive than usual. The process wasn’t easy, though. My sophomore year of high school, I went to an intensive outpatient program that met almost every day after school for two hours, which is a place teens could go to receive group therapy and one-on-one therapy for their mental health disorders. I was there for depression, anxiety, self-harm, and suicidal thoughts.

After three months, I came out a more positive person, but my battle wasn’t over. My not-so-healthy relationship during my junior year wasn’t helping, and I often felt alone and upset.

Eventually, I kept climbing and kept trying, and now, at 18, I made it to the safe place I am today. Thankfully, I had people by my side to help raise me up as I went along. My parents, stepparents, best friends, classmates, school advisors, principal, and so many other people encouraged me to keep grabbing for the future–and they kept me smiling. They have been my rocks, my solid ground, my constant support as I make my way to recovery. Without them, there’s definitely no telling where I’d be today.

So, why am I sharing all of this? Most people try to keep their story quiet when it comes to mental health. However, a little over a year ago, things got much more personal. A girl in my town, in my class, who I was friends with and had since grown apart from, completed a suicide attempt. We were in absolute shock. I remember crying about it all night into the next day. Then, I lost another person to suicide, a former classmate who completed his attempt not even three months after I had lost my friend. I decided on that day that I could no longer be silent. I already lost two people I knew to something that didn’t need to happen. I couldn’t bare to lose anyone else. If I had to scream my story from the heavens just so someone would realize that they weren’t alone in this battle, I would. I wanted to give back. I wanted to help. By sharing part of my story, I feel like I’m giving back in a way. However, now it’s not enough.

Suicide is the 10th leading cause of death in the United States, and the third leading cause for people between 10 -24. The rates are currently the highest they’ve been in 30 years. This is the time to make a difference. In the words (or rather, lyrics) of American Authors, “Unless the Moon explodes and the Sun goes cold, life will always, it always goes on.” We have to help people find a reason to keep living, even if it seems like there’s no reason at all. This is the time to use your voice for those who can’t. Scream until you turn blue. There is always a reason to keep living. 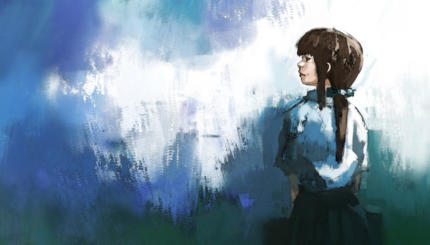 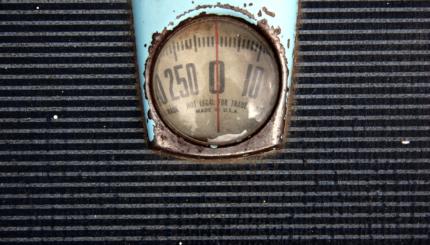 9 Things My Eating Disorder Gave Me. And 5 Things I’m Taking Back.

The author of this piece is a freshman in high school. She hopes that sharing some lessons she learned from ... 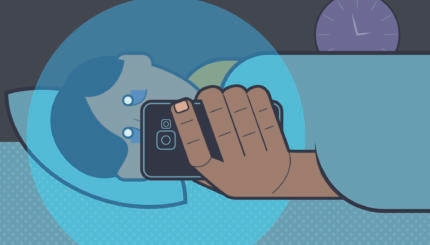 Are You Addicted to the Internet?

What You Need to Know About Online Addictions.