Across the Jewish diaspora, Shavuot is known as the holiday on which we eat dairy foods. In the Ashkenazi world, Shavuot favorites include cheesecake, blintzes, and kugel while Sephardi and Mizrahi communities might enjoy cheese bourekas or cheese ravioli. (This is, of course, despite the fact that many Jews are notoriously lactose-intolerant.)

But there is another ingredient associated with Shavuot that, while less familiar to Ashkenazi Jews, has a long and storied history in Sephardic Jewish cuisine: rosewater. Once a favorite flavoring throughout the world, rosewater has fallen out of favor in Western Europe and America. Shavuot, which is also known as the Festival of Roses in some parts of the diaspora, is the perfect time to reacquaint ourselves with this delicate floral flavoring.

Roses, the flower, have traditionally been a part of many communities’ Shavuot celebrations.

As Shavuot is an agricultural holiday, it must have seemed natural to include plants and flowers in the celebration. And falling as it does seven weeks after Passover, Shavuot invariably takes place in late spring or early summer  —  a time when trees and flowers are in full bloom. As a result, since at least as far back as the Middle Ages, many Jewish communities have decorated their houses of worship  —  and even Torah scrolls — with greenery and flowers on Shavuot.

Roses have always been among the preferred flowers for these decorations. Some credit the emphasis on roses as a Shavuot decoration to a bit of wordplay  —  so common in Jewish holiday observances. This particular pun plays on a verse in the Book of Esther (8:14) that states “the decree was proclaimed in Shushan.” “Shushan” is very close to the word for rose, “shoshan.” So the verse becomes, “the decree (or law) was given with a rose.”

In the Middle East, roses were not only used as decoration on Shavuot, but they were also used to flavor holiday foods. Gil Marks notes in The World of Jewish Cooking that “Middle Eastern Shavuot fare is frequently flavored with rosewater, and rose-petal preserves are commonly served with the meal.” For example, one of these traditional holiday foods, enjoyed by Jews from Syria to Turkey, is a rice pudding flavored with honey and rosewater. 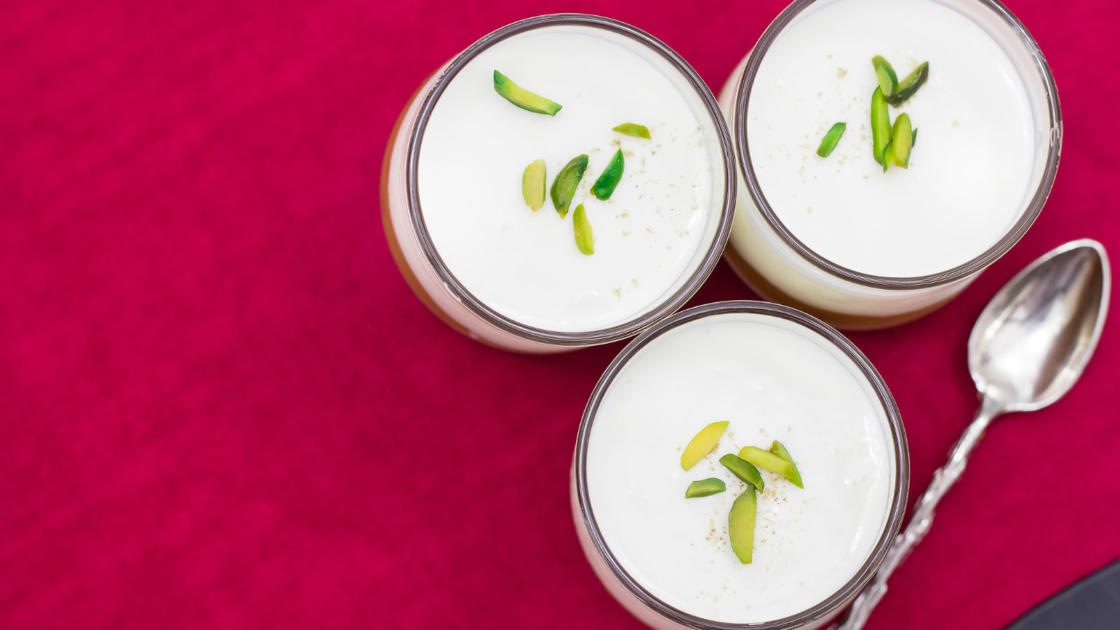 Of course, foods flavored with rosewater were hardly limited to Shavuot in the Sephardic and Mizrahi worlds. Rosewater has long been one of the most prevalent flavorings throughout the Levant, North Africa, Persia, and India. This fragrant extract, made from distilling rose petals with steam, dates back to ancient Greece and Persia. Over the centuries, rose water became among the most widely used culinary flavorings from Europe to the Subcontinent.

The floral essence fell out of favor in western Europe and North America after vanilla extract became easier to produce in the 19th century. It took over as the predominant flavoring agent for sweets in that part of the world —but rosewater never lost its dominance in the Middle East and Eastern Mediterranean.

British food writer Diana Henry notes in her Middle Eastern cookbook, Crazy Water, Pickled Lemons that “rosewater and orange-flower water are used all over the Middle East and North Africa.” Claudia Roden remembers in The Book of Jewish Food that when she was growing up in Cairo, the scent of roses was everywhere. Pastries and puddings were flavored with rosewater, and she and her siblings were even given a “drink of water with a drop of rose water in it” before they went to bed to aid their digestion, and “give them a rosy view of life.” Other Jewish communities too favored dishes flavored with rosewater for their refreshing qualities. Among Persian Jews, a favorite way to break the Yom Kippur fast was a light dish of shredded apples in rosewater syrup.

Rosewater remains a popular flavor in the Middle East to this day. Those of us who have spent time in Israel may have sampled malabi, a creamy rose-scented pudding, often topped with syrup and crunchy nuts, that is a popular Israeli street dessert. While this dish may seem quintessentially Israeli, like so many other beloved Israeli dishes, malabi actually comes from another part of the diaspora  —  in this case, Persia. (Malabi is also common in Turkish cuisine and indeed was a traditional dish at Turkish Jewish weddings and Yom Kippur breakfasts.)

Whether you have had some exposure to rose water as a culinary flavoring or not, Shavuot is the perfect time to get to know this traditional Middle Eastern ingredient. If rosewater is not already in your pantry, be sure to look for pure distilled rosewater, not a synthetic version, when shopping. You can usually find rosewater with Middle Eastern foods in better grocery stores and certainly at a Middle Eastern grocer. Nielsen Massey makes an excellent version, which can be ordered online. A small bottle may be costly, but will last a long time.

Always use rosewater sparingly or else your baked goods and puddings might take on a soapy taste. Do not, for example, swap an equal quantity of rosewater for vanilla extract in recipes or the taste will be overwhelming. Aim instead for half the quantity of vanilla extract. Recipes designed for rosewater usually call for a small amount — a teaspoon or less.

Not only can you use rosewater in baked goods and custards, but it also goes well with summer fruits, such as strawberries and raspberries. Indeed, you can even combine the Shavuot traditions of eating dairy foods and rose-scented foods by using rosewater to flavor whipped cream, rice pudding, or homemade ice cream.

Here are some delicious recipes to try that use rosewater:

Raspberry rose semolina cake from West of the Loop 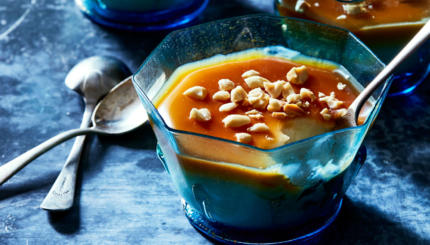 A sweet & salty take on this popular Middle Eastern dessert.

I am back from Israel after three wonderful, sometimes challenging weeks. And while I am not missing the sirens the ... 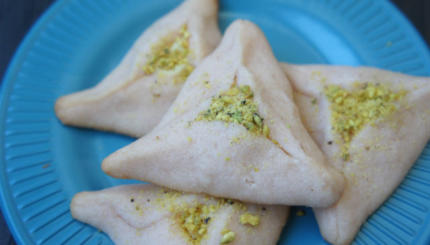