What makes Israeli cottage cheese so good? Is it the quality of the dairy in the “land of milk and honey”? Is it its creamy and smooth consistency? Is it its hefty density, in contrast to the lighter more liquid American kind? Well, it’s all of these reasons. And so it’s no surprise Israelis are completely obsessed with the creamy kitchen staple.

Cottage cheese is one of Israel’s most popular dairy products: as ubiquitous as hummus or pita. It is commonly eaten at both breakfast and dinner, and is used in countless dishes. It can be mixed with ingredients ranging from fresh tomato and cucumber, to parsley and dill, to olives, avocado, smoked salmon, or even beetroot. If you can dream a topping for cottage cheese it has probably existed in Israel.

Israeli cottage cheese is also thick enough to spread onto pita for a sandwich, and happens to be a common meal for kids. When I’d visit my grandmother in Kiryat Yam, she would serve me cottage cheese mixed with a little sour cream for breakfast, tomatoes and cucumbers on the side to contrast the tangy richness of the cottage cheese mixture. It was delicious and just rich enough to be comforting.

Producing dairy products was a source of pride for early Zionists, particularly because there was concern among settlers that Israel’s climate would not be hospitable to dairy cow farming. Those concerns were soon disproven and Israel has become widely known for the quality of its dairy, with cottage cheese remaining as one of its prized products. One study conducted by the Dairy Board of Israel cited that 67% of Israelis pick cottage cheese as their favorite dairy product.

The origins of cottage cheese are murky, but it is likely this simple product originated in farm cottages when there was excess milk. Cottage cheese is similar to pot cheese and farmer’s cheese. All three are simple to prepare at home: Milk is heated and then a coagulate is added in the form of an acid (vinegar/lemon juice) or rennet. Curds separate from whey on the heat of the stove, and then the mixture is strained. Often cream is added to homemade cottage cheese once the curds are strained.

Cottage cheese may also be favored in Israel because it was popular with Jews in the diaspora. Dating back to the 1800s, one can find Ashkenazi recipes for lokshen mit kaese (Yiddish for noodles and cheese), kugel, and other dishes made with pot cheese and farmer’s cheese. There are also blintzes and filled pastries that use this family of homemade cheese products. Sephardic cuisine sometimes calls for a similar kind of crumbly farmer’s cheese for burekas, spinach pies, and more. Jews brought their food traditions with them to Israel, and it’s not surprising that this staple cheese became beloved. 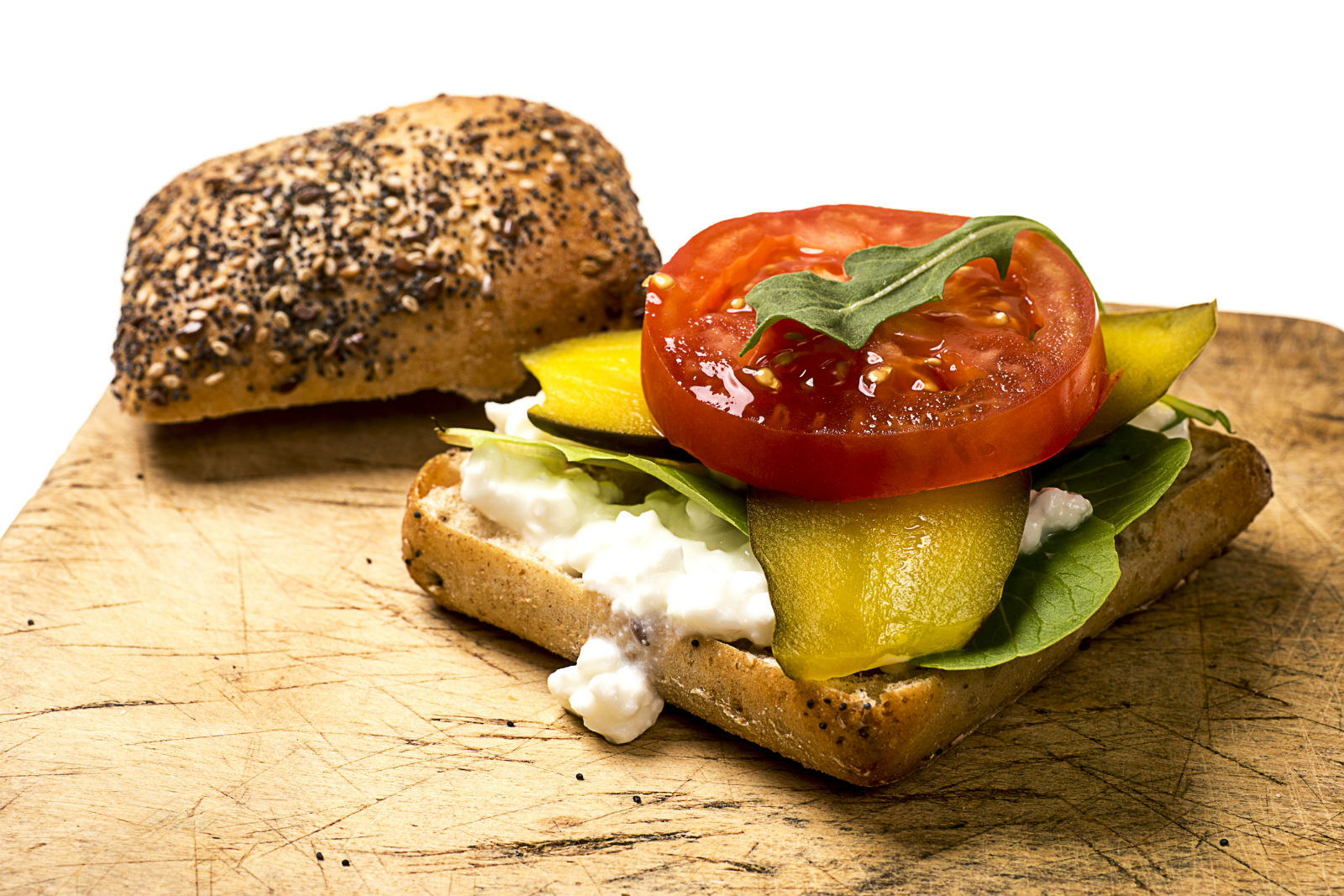 There is no better example of the importance of cottage cheese in Israeli food culture than the cottage cheese boycott of 2011. After prices rose by nearly 40% in three years, an Orthodox cantor, enraged by the injustice of soaring costs, formed a Facebook group calling for a month-long boycott of cottage cheese products costing over 5 Israeli shekels. For many, the rising prices on dairy and cottage cheese felt like a direct attack on the Israeli home. The Facebook group quickly grew to over 100,000 members. Young people in particular mobilized and took to the streets to demand justice from the government, and nationwide many consumers boycotted costly cottage cheese. The public pressure worked, and Israeli chain stores responded by reducing prices. By 2013 the government imposed new price controls on Tnuva, the main producer of cottage cheese in the country, which resulted in lowering the costs of products by about 20%.

One could argue whether this issue merited a national political uprising, but on the other hand the boycott was not just about the price of food. Cottage cheese’s importance in the Israeli home became a direct access point for inspiring change, and a focus for a conversation about government regulation of corporations. The power of food is undeniably strong, and so is the bond between Israelis and their cottage cheese. 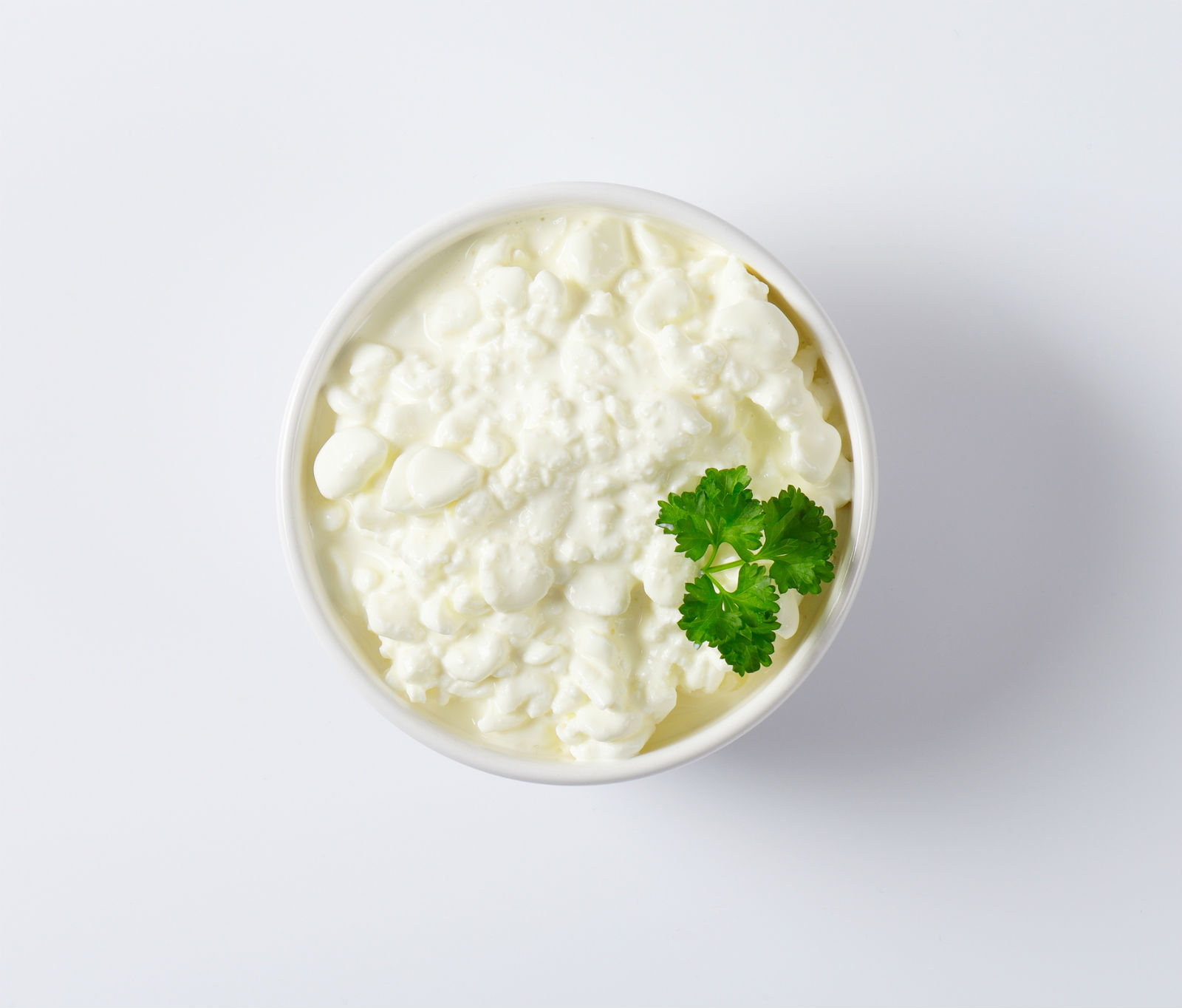 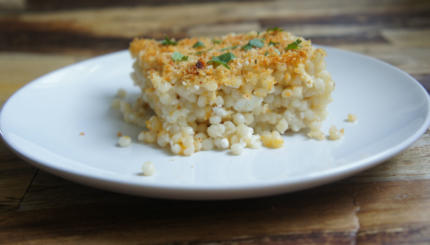 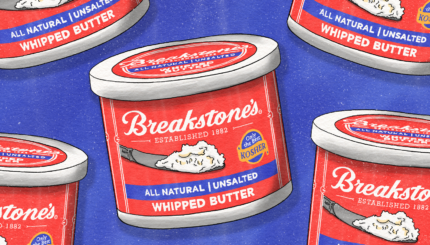 And why it's the only kosher-for-Passover butter game in town. 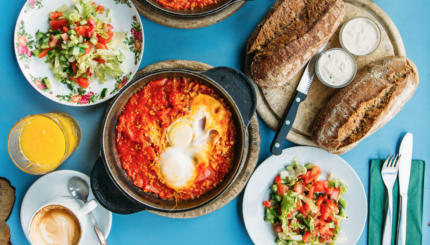 Why You Should Be Eating Breakfast Like an Israeli

The classic Israeli breakfast spread is delicious and offers health benefits, too.