As a child, visits to my maternal grandfather and grandmother (of Italian and Polish heritage, respectively) involved eating a lot pasta and pierogi. Dessert, in turn, was sometimes cannoli and poppyseed roll, but often a platter of Stella D’Oro cookies — assorted dainty corrugated rings and logs of buttery dough with almond undertones. My grandfather had developed a taste for them early in his youth as an immigrant from Genoa, and my grandparents’ pantry was never without at least one package. Truth be told, my juvenile palate found the cookies too bland (re: insufficiently sugary), but they held a special place in my heart because they were a favorite of my beloved sometimes salty, comparatively sweeter Pop-Pop.

Up until my second year in college, I associated Stella D’Oro (Italian for “Star of Gold”) exclusively with Italian-American culture. While “grocery” shopping in the 7-Eleven near our dorm (hey, we didn’t have cars, OK?) with a friend who also happened to be Jewish, I came upon a package and remarked upon my personal nostalgic ties. “Stella D’Oro?” he replied with a puzzled grin. “That’s a Jewish thing.”

We preceded to dive into an appropriately sophomoric argument about whether Stella D’Oro was “more Jewish” or “more Italian,” each of us buttressing our claims with mostly anecdotal evidence and hearsay, and completely eschewing the more interesting question: What happened with these cookies that laid the foundation for such a debate in the first place?

Stella D’Oro, as its name might suggest, was started in 1930 by Joseph and Angela Kresevich, Italian immigrants in Brooklyn. Already successful restaurateurs, the Kresevichs further parlayed their food business savvy by creating a line of Italian-style cookies, crackers, and breadsticks that appealed to other Italian immigrants missing flavors from home. The cookies, originally made by hand and without (gasp) butter, were immediately popular.

The fact that Stella D’Oro cookies were devoid of butter as well as milk also led them to be an object of desire early on for devout Kosher Jews because they were pareve and could therefore be eaten for dessert after a meat supper. The Swiss fudge variety, whose crimped circumference and inner opaque dark chocolate circle bore a whimsical resemblance to shtreimels, round fur hats worn on the Sabbath, led them to become particularly popular in the ultra-Orthodox community. And when in 2019 Tablet published its venerable list of the 100 Most Jewish foods, Swiss fudge cookies earned the title of “most Jewish cookie ever made.”

Broad appeal, however, has not prevented Stella D’Oro from becoming a subject of controversy. As the business changed owners throughout the years, wages and benefits have been reduced and/or altered, unsurprisingly souring relations between management and its multicultural labor force, many of whom had worked for the company for decades. This contentious history, and specifically the 11-month strike that ensued following its acquisition by a hedge fund, is documented in the 2011 film, No Contract, No Cookies.

Perhaps the greatest scandal occurred in 2003, when then-owner of Stella D’Oro Kraft foods announced they were discontinuing the traditional (pareve) Swiss fudge recipe and replacing the chocolate filling with a dairy version. Following public outcry, Kraft clarified this substitution was being “reconsidered,” eventually reversing course. There was much rejoicing, especially by one superfan Yaakov Kornreich of Flatbush, who dubbed the cookies so “addictive” that “they should come with a surgeon general’s warning.”

Stella D’Oro aficionados (Italian, Jewish, both, and neither) continue to be highly vocal in their opinions, and the company in turn has been receptive to the taste vagaries of its consumer public. In 2014, the beloved Lady Stella collection was brought out of its five-year retirement in response to consumer demand. To commemorate the occasion, Stella D’Oro gifted loyalists with coupons for gratis goodies and donated 100,000 cookies to families in need.

So now that we have resolved why one can quibble as to whether Stella D’Oro are a “Jewish” or “Italian” thing, here is a better question: Does it matter? For me, an ardent lover of Jewish cuisine and proud Italian-American, the cookies’ cultural and religious connotations are trumped by something more important: their role in so many cherished family suppers. 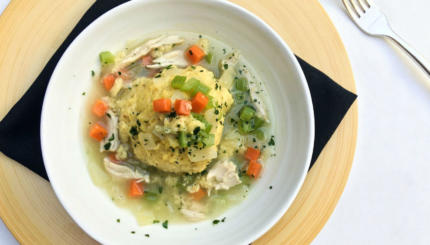 Forget patchke-ing in the kitchen, and go out for Passover dinner this year. 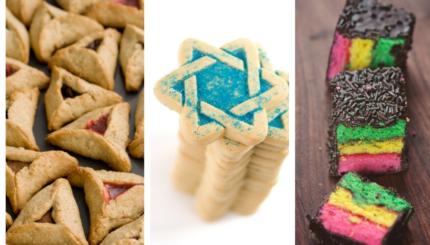 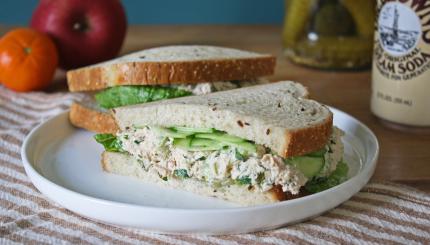 Plus, the ultimate tuna salad recipe.