Recently a friend informed me, via Slate.com, that the éclair “has surpassed the macaron as the most buzzed about Parisian bonbon of the moment.” (Right, totally. I knew that.) But this isn’t your Parisian grandma’s éclair, missy! It has been fancified with trendy flavors and inventive toppings and, most notably, bold bright colors that would make Crayola proud. 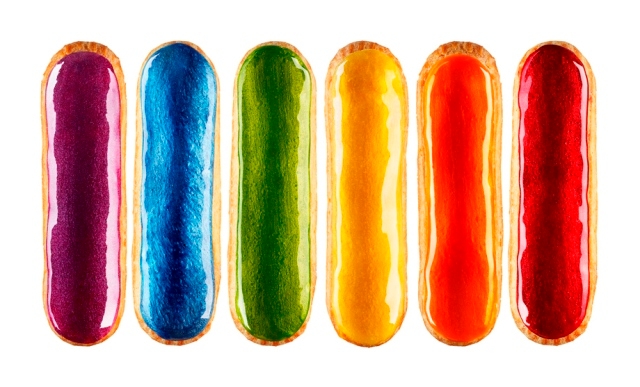 The very same week I went into Nussbaum and Wu’s on the Upper West Side of Manhattan to find trays of “Black and White” cookies in different colors. Besides the fact that there was something funny and now  “inaccurate” about these pink and white, or green and white cookies labeled “Black and Whites,” they caught my attention, especially after hearing of the “new” éclair. 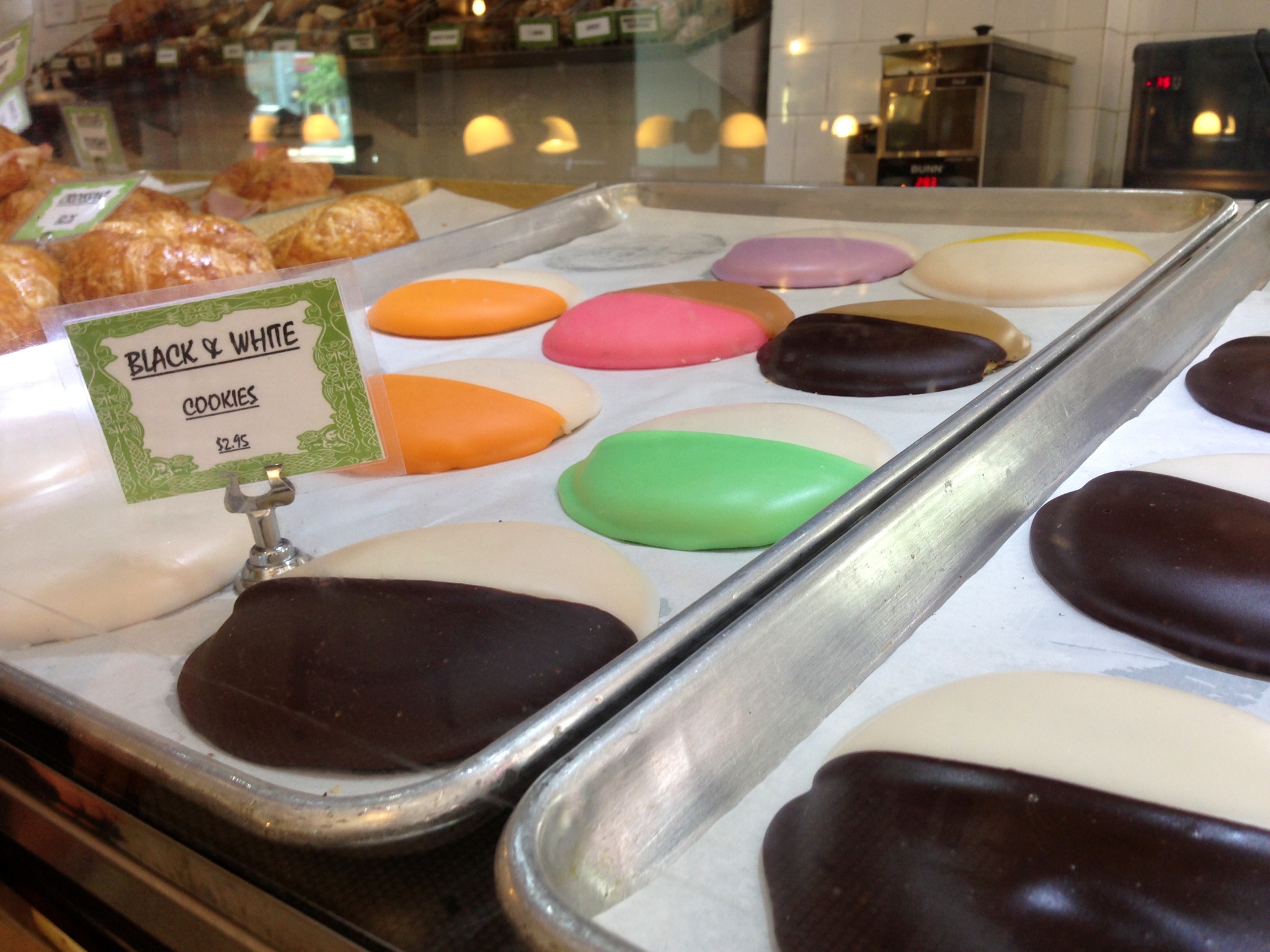 Now, I am not sure how I feel about the éclair of 2013. Or, to a lesser extent, this updating of what many might call “the official cookie of New York,” (which is expected to appear as its names suggests). How far can one veer from an original, from tradition, before you have created something entirely new? Not to mention, these modern éclairs seem to be yet another big city chef’s way of sparking buzz and the salivary glands of local foodies and Instagrammers with what really is something rather common and usually inexpensive—in this case, a sexed-up Euro Boston cream donut (though, I can think of plenty of others: popsicles, cupcakes, rice krispie treats, actual donuts).

Still it seems worthwhile to ponder how color is used to represent innovation and “newness,” especially in the food world. Of course color is important elsewhere. Namely in the fashion world—depending on the season or designer, the “hot look” is either bright colors, no color, or a particular color; and, most apropos of today, in the tech/gadget industry, as just last week the usually monochromatic innovators at Apple unveiled its forthcoming release of two different iPhones—a cheaper version, the 5C, that comes in five bright plastic colors, and a more expensive version, the 5S, that comes in a selection of metallic colors. (Side thought: who decided that “cheaper” equals a children’s paint set, and that those who are willing to pay more, would necessarily want, well, the more boring kind?)

But back to food. Considering that often the colors of an edible object are one of the first ways in which we not only recognize it, connect to our own memories and experiences, and decide if we, in fact, want to consume it, I am surprised any culinary team (of one, or many) ventures to mess with color at all!  Especially since it is far from predictable when an unusual color will work and when it will not work.  Green (and purple) absolutely did not fly for Heinz ketchup consumers in 2000 when almost nobody jumped on board the
EZ Squirt
train! Conversely, lack of color is also off-putting, or at least, not very lucrative as Pepsi found when they introduced the world to
Crystal Pepsi
. 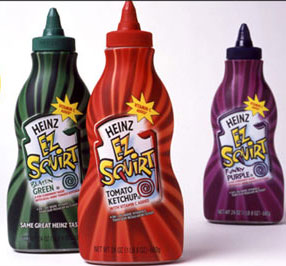 But why? Are we simply slaves to the intersection of tradition, custom, and current trends (be they global or social or cultural)? Bright purple ketchup? No thanks. Black “forbidden” rice and blue potatoes? Sure, for some. Lime green luxury car? Probably not. Electric yellow shoes? Well, at least Beyoncé gives a hell yeah! Can we even compare how color is used and interpreted across all aspects of life?

There might also be a current competing trend in the realm of color and food: to go natural. If Chipotle wants to sell you on its beliefs that fast food doesn’t have to be based on poor quality ingredients or conventional agriculture and production they want a tomato to look exactly like what you expect a tomato to look like (not to mention the whole burrito)! Countless products and other companies count on the fact that the absence of dyes and bright colors are often the visual marks of products labeled with words like “organic,” “artisan,” or “healthy,” and hence the visual cue to the consumer to buy said products based on these claims.

But still sometimes “recoloring” or unexpected color is a success. And maybe desserts, and especially the elevated dessert trend, can more readily get away with something that otherwise goes against our other (better) decisions, and general common sense. I mean, what on earth does common sense have to do with the nutritionally-unnecessary but wildly enjoyable black and white (or mint green and white) cookie? Nothing! 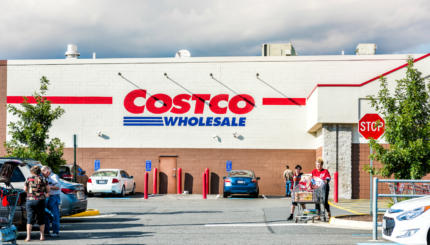 For the Love of Gefilte

Grub Street is calling it a “Jewish Food Revival,” while I happily named it one of the top Jewish food ... 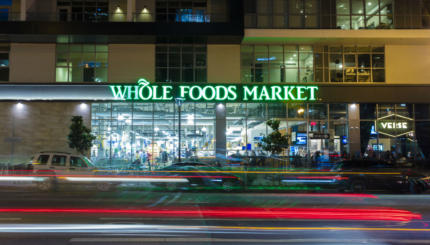