The Secret to the Best Lox

Have you ever ordered lox and wondered, wait, what exactly is lox? You’ll hear orders for lox and cream cheese on bagels, but it’s often not actually lox—it’s smoked salmon. If you’re confused about lox, you’re not alone.

To start with, lox is brined salmon. It’s basically pickled. And although the word lox looks like it came out of a Dr. Suess book (fox in sox with lox?), it’s derived from the Yiddish word laks, which comes from the German word for salmon, lachs.

The Jewish tradition of lox began in Medieval Germany, where preserving fish of all kinds in brine was commonplace. Because salmon was so expensive, Jews made lox with herring or carp. During those times, lox would sit in a brine of salt and water for 3-6 months. As families migrated from Germany to other parts of Europe, lox-making continued.

In the mid to late 1800s German immigrants in New York City peddled their version of brined fish, but it wasn’t until the Jewish immigrants arrived that lox became the bagel topping that we know and love. With an abundance of salmon from the Pacific Northwest, they began making lox with the belly of salmon, a delicacy that was finally affordable and accessible.

As soon as refrigeration became widespread, preserving methods like brining and pickling were no longer as necessary. Smoked fish became the new favorite. What was once the only fish game in town was now joined by cold-smoked varieties, like Nova, Western Nova, Irish and Scottish smoked salmons.

Josh Russ Tupper, the fourth generation owner of the iconic Russ & Daughters, recently explained to Bon Apetit that cold smoked fish, like Nova, is the most popular, with orders for lox trailing far behind, typically ordered by older clientele. 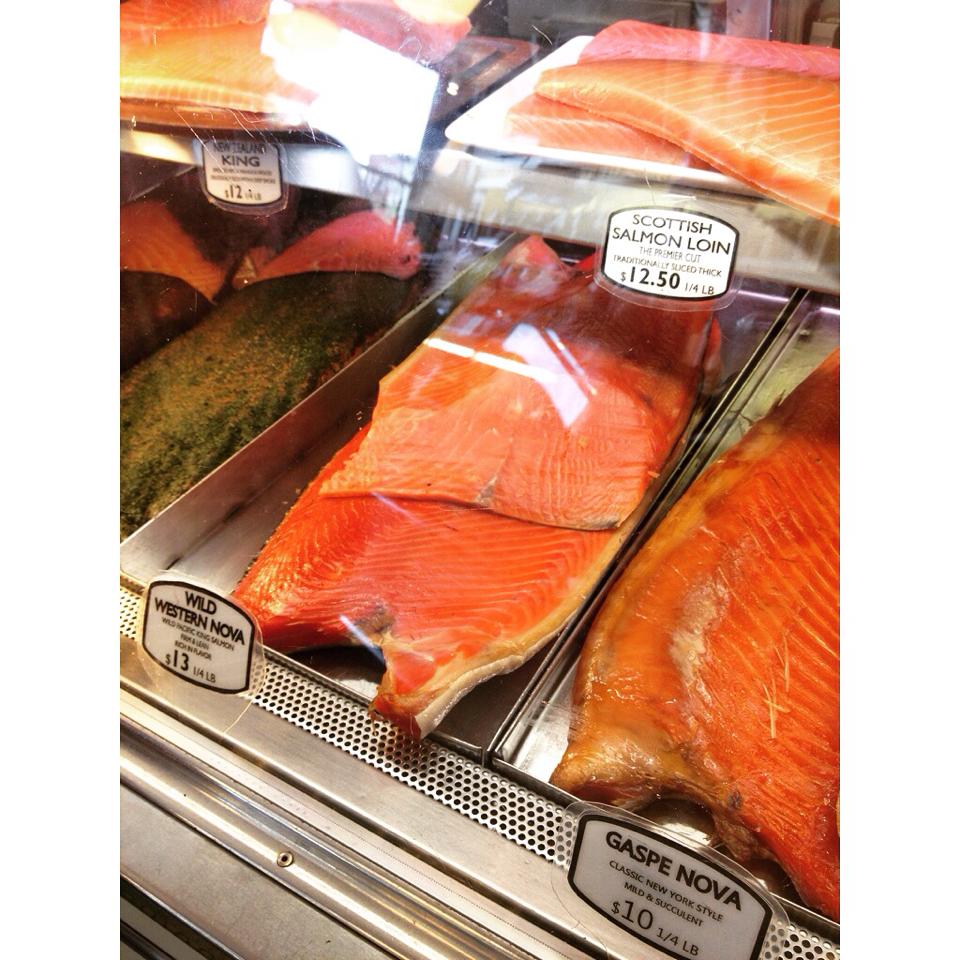 Still curious? Here’s a guide to your smoked and salted salmon:

Lox: Salmon (usually the belly) that’s soaked in a salty brine and never cooked. Served in thin, silky slices and usually paired with cream cheese on a bagel. Get the recipe here.

Gravlax: Salmon that’s covered in salt and herbs for 3-5 days, then rinsed and sliced thinly. A Scandinavian method of preparing lox. Here’s how it’s done!

Nova Lox: Salmon soaked in a brine, like lox, and later cold-smoked at 80 degrees for a few days. It’s not cooked, so it retains a silky smooth texture and translucent pink color. Nova refers to the place it’s from–Nova Scotia–often times from the Gaspe region. There are several varieties of Nova Lox, including Western Nova (Wild Pacific Salmon), Norwegian smoked salmon (mildly smoky), and Scottish smoked salmon (strongest smoke flavor)

Hot-Smoked Salmon: Also known as kippered salmon, which is first brined and then smoked at 130-140 degrees for a few hours. It’s smoky and has the flaky, moist texture of cooked salmon. 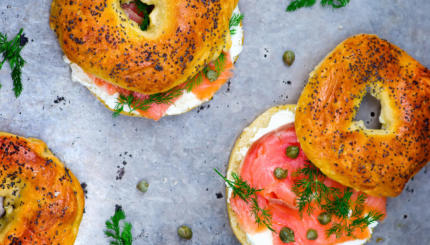 New Yorkers have so many options when it comes to lox and smoked fish — Eastern Nova, Western Nova, Gravlax, ... 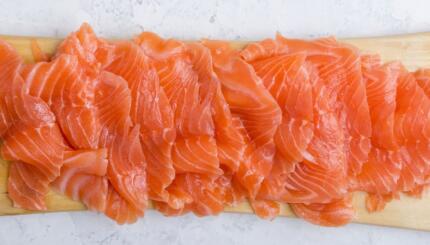