The History of Gefilte Fish

If fish were in a popularity contest, herring would win most interesting, anchovies would win funkiest, and salmon would win classiest. Gefilte fish wouldn’t even place.

All this is to say: If you happen to find yourself staring down a jar of the Ashkenazi staple that is lumpy, gray whitefish quenelles and decide to pass, well, I wouldn’t blame you.

This Hanukkah, I thought it was high time gefilte fish underwent a makeover — and turns out, all it needed was a little oil. Freed from the confines of long oval slices, when shaped into balls and flash fried, gefilte fish morphs from bland and watery to crunchy, golden, and puffy — more akin to an irresistible tater tot than to the loathed loaves of my youth.

So, to turn gefilte fish from a boring side to a chic hors d’oeuvre, put down the over-boiled carrots and the jarred stuff. Instead, fry your gefilte fish and serve with aioli (I love the Swiss Thomy brand — it’s the silkiest mayonnaise you’ll ever taste!), then top with paprika, fresh dill, and salty caviar.

It may not be a jar of oil that lasted for eight days, but it’s gefilte fish you’ll actually want to eat. And that’s a Hanukkah miracle of its own. 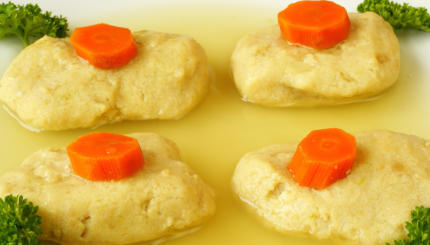 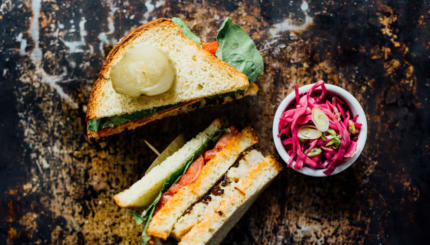 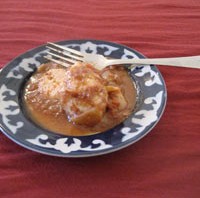 Too many people are stuck in a rut when it comes to gefilte fish. Take it out of the jar, ...