Eyal Shani is Israel’s most famous chef, and not just because he is a judge on a popular reality cooking competition show, MasterChef Israel. He is said to have launched the “whole roasted cauliflower” craze worldwide and started a gourmet pita revolution by stuffing fluffy pita pockets with some of the most unconventional fillings — everything from carefully cooked vegetables to an enormous cheeseburger. He currently has over a dozen restaurants worldwide, including in Israel, Paris, Vienna, Melbourne, and New York City.

But it’s much more than the sheer number of restaurants Shani has opened that defines his influence: it’s his approach to Israeli food and the care and attention to ingredients that elevates the flavors of modern Israeli cuisine. Shani explains, “Each ingredient has a spirit. You must cook the spirit of the food, not just the flesh of the food.“

Shani also has a deep respect for the pita, seen especially at his restaurant chain Miznon, which focuses exclusively on how higher-end cuisine can be served as Israeli street food, all stuffed inside a pita. “The pita is a genius pocket. The pita knows how to do things chefs do not know how to do.”

Watch our new video below to learn more about Shani’s culinary influences and his love of the humble, but genius, pita. 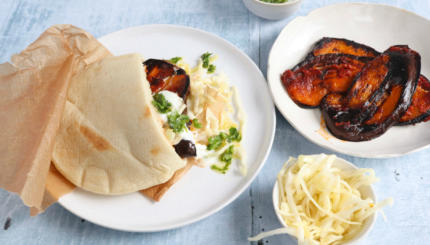 A meaty, but meat-free, sandwich you will love for lunch or dinner anytime.

The Power of Pita

They say that math is an international language since its the same no matter where you come from; but I ... 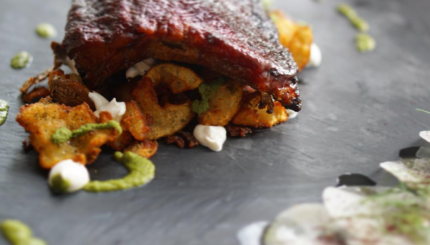