Growing up, Hanukkah was a time of intense debate about how to eat latkes.

In our house, the argument was never between sour cream or applesauce. Our debate was between salt and sugar.

My mom always took the pancake approach to latkes — that’s what they are, after all, right? — and would pair them with powdered sugar. My dad and brothers would enjoy them with salt, treating them like they’d treat any other fried potato.

Strange as our debate seems to so many other families with their own traditions, it was never strange to us. We didn’t know it any other way. That realization came years later, when I learned that everyone I knew was pairing their potato latkes with applesauce or sour cream, which, of course, made me wonder just what other latkes traditions were out there.

When my best friend casually mentioned her grandparents had introduced her to latkes served with horseradish and onions, I was intrigued by what else I would find. Turns out, there’s some pretty interesting takes out there!

“My grandfather was a squishy Eastern European Jewish man with Santa Claus-esque looks, and covered everything under the sun in horseradish cream. I came to expect all forms of veggies that way, including everyone’s favorite Hanukkah staple: latkes. We’d add extra stinky grated onions to the latke batter, and top them with homemade horseradish in sour cream while they were still hot. It was a much zestier version of the old standby, and I’ve gotten my own kids hooked on topping their latkes with the cheap purple stuff that comes in the jar,” shared my friend and colleague Bryce Gruber, a Jewish mom and vlogger.

If you love sour cream with your latkes, Greek yogurt is a comparable condiment: It’s creamy and cool, which offsets the salty, fried latkes, and has a nice tang. “I like salted Greek yogurt instead of sour cream,” said Milla CK of San Diego. “Greek yogurt has a creamier texture than sour cream, and is closer to labneh.” 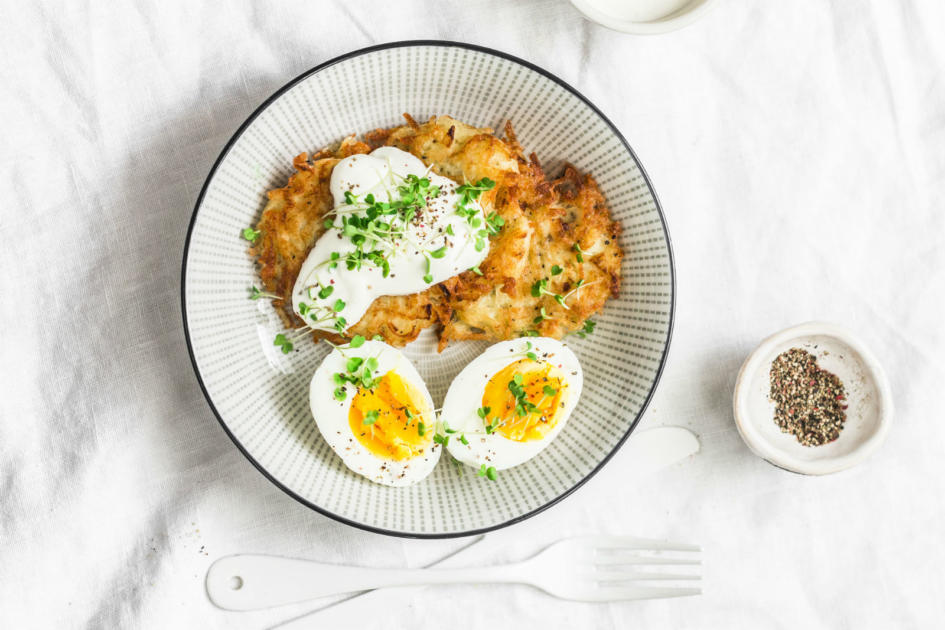 Like Greek yogurt or even horseradish cream, ranch dressing kind of makes sense when you think of it as a cooling, creamy dip. Lauren Wire of New York City confessed she dips latkes in ranch, but it’s not about the latkes, exactly… “I dip EVERYTHING in ranch dressing. It is not a family thing. It’s a me thing!” Whatever floats your boat!

Perhaps one of the strangest combinations I discovered was everyone’s favorite chickpea dip. “I put hummus on mine!” Shared Traci Kantowski of Chicago. “Sometimes you just want savory!”

Ketchup may sound like an insane condiment for latkes, but in truth, latkes are just a rounder cousin to the french fry. And the combination may be far more common than you think. “The first time my then-boyfriend, now-husband ate latkes, he was adamant that if they are fried potatoes they should be eaten with ketchup. I cried. I’m a strict applesauce or sour cream person. He said, ‘It isn’t dessert, so why would I put sweets on it?!’” shared Alix Hoechster. 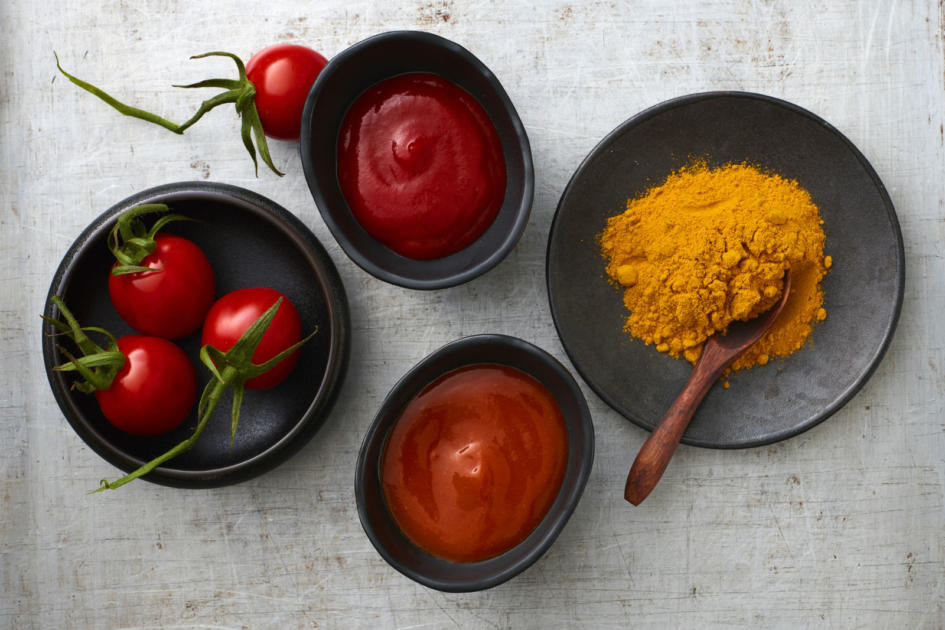 Never heard of curry ketchup? Well, get acquainted with this spiced, curry-infused ketchup commonly enjoyed in Germany, Belgium, the Netherlands, and Denmark. If you like your latkes with plain ketchup, you might really love the addition of a little curry kick to the combination. “I eat my latkes with curry catsup! I love catsup’s sweet and spicy undertone. I spent a lot of time in Holland, where it’s very popular,” said Rose Kemps of Southern California.

Chutneys span sweet and savory and can include a variety of ingredients. But a fruit chutney is pretty similar to an applesauce or pear sauce, so it makes sense to serve something like mango chutney with a savory potato or vegetable latke.