The Story Behind Those Key Shaped Challahs

Showcasing and selling home-baked, creative challot on social media isn’t new. Kayla Kaye (@thekitch_ny) has over 4.5K Instagram followers drooling over her loaves; Mandy Silverman (@mandyliciouschallah) has drawn in 30K by showcasing “300 kosher unique challah bread and babka flavors”; Berlin-based Idan Chabasov (@challahprince) has 14.5K, but his intricately braided challot are sure to shoot him to Insta-fame in the near future.

But lockdown spurred on a new wave of influencer Insta-bakers, with expertly photographed and marketed challah paraded on their grid.

A post shared by The Challah Artist from Berlin (@challahprince)

LA-based Sokolow began selling challah a month after COVID-19 hit. Her food styling and photography had already amassed a substantial Instagram following (currently at 36+K), but her income took a serious hit because of the pandemic. By changing challah flavors each week — cinnamon streusel, raisin, and garlic confit, to name a few, supporting local grain farmers, and donating a portion of the proceeds to charity, Sokolow quickly grew her weekly orders from ten to over two hundred.

Many of Sokolow’s customers are not Jewish; many of them return time and time again; quite a few are die-hard fans who send her photos of themselves eating her challah or of the French toast they’ve made with it.  And she is devoted to them, taking on their feedback and tweaking her recipes accordingly.

But she isn’t motivated by likes. For Sokolow, baking challah is a cultural-bordering-on-spiritual practice. “There’s space for everyone,” she says, when asked what she thinks of this Instagram phenomenon. “But I don’t think of this as a trend. For me, it’s something I’ve been doing for years.”

Sokolow grew up observing Shabbat. Now, more than ever, she says, the ritual of baking, marking Shabbat, and breaking bread with loved ones (per COVID-19 regulations, she diligently prefaces) is important.

Baking challah also allows her to engage in tikkun olam — the Jewish teaching of actively improving the world. Customers who’ve lost their jobs because of the pandemic are able to request a challah free of charge via the order form on her website.

Meckler’s story mirrors Sokolow’s in many ways.  As a freelance social media strategist, work slowed down as the world retreated into lockdown. So, being well-versed in Instagram, Meckler used the platform to show-off her newly acquired challah-baking skills to her 5K followers — sourdough, she says, required too much patience.

Her friends and followers were into it, traveling to her LA apartment for socially distanced curbside pickups. A friend from summer camp made her a logo — Challah Dolly references her podcast and web series, Hello Dolly! — and she started branding her product, delivering her challah with a hand-written note on paper bags marked with a custom Challah Dolly stamp.

In June, Meckler left LA for her native New York. Her East Coast followers were delighted. In addition to curbside pickups from her Upper East Side dwelling, she sells her three challah flavors — plain, honey with cinnamon sugar, and everything seasoning — at pop-ups at Partybus Bakeshop on the Lower East Side. Her Rosh Hashanah pop-up on September 17, with a Holiday special apple-honey challah, drew in close to a hundred preorders.

While Meckler’s challah baking began as a way to stave off boredom and interact with her Instagram followers, it’s become something a little deeper. She discovered a new community of “Jewish foody Instagram influencers… that I wasn’t even tuned into, it wasn’t on my radar,” who welcomed her.

So where does this trend go from here?

“There are some fans,” says Meckler,  “who love the whole schtick of it, and want to see Challah Dolly grow and succeed.” She is cautious because of the current general uncertainty, though she’d love small, local bakeries and stores to carry her product. For now, “I’ll play it by ear, keep my goals small, and see what happens.”

Sokolow’s fans are keen for her to open a bakery,  but with a book in the works (This is What I Eat, due to be published in spring 2022), she, like Meckler, is cautious. “Who knows?” Sokolow says, “Although one thing’s for sure: This [crisis] will end. I have faith.” 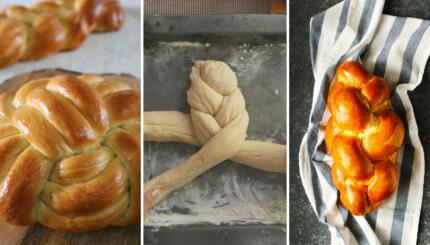 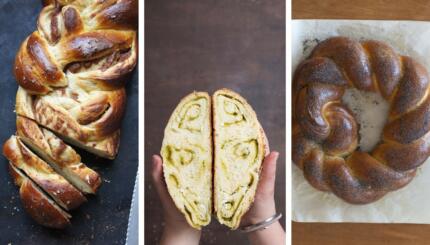 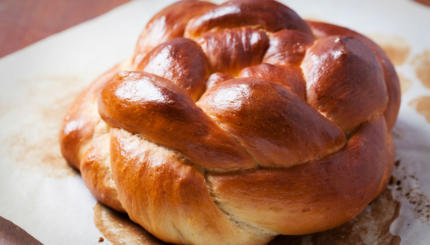