It’s no secret that New York City is a mecca for diverse foods: you can find everything from Ethiopian to southern BBQ and even Israeli food in nearly every borough of the city. But last week I was invited to enjoy a kind of Jewish food I had never tasted before: Georgian Jewish food.

For those that may need a refresher on where Georgia is located, let me help. And no, it’s not the Georgia sandwiched between Florida and South Carolina. I am talking about the country Georgia which shares borders with Russia, Turkey, Armenia and Azerbaijan. 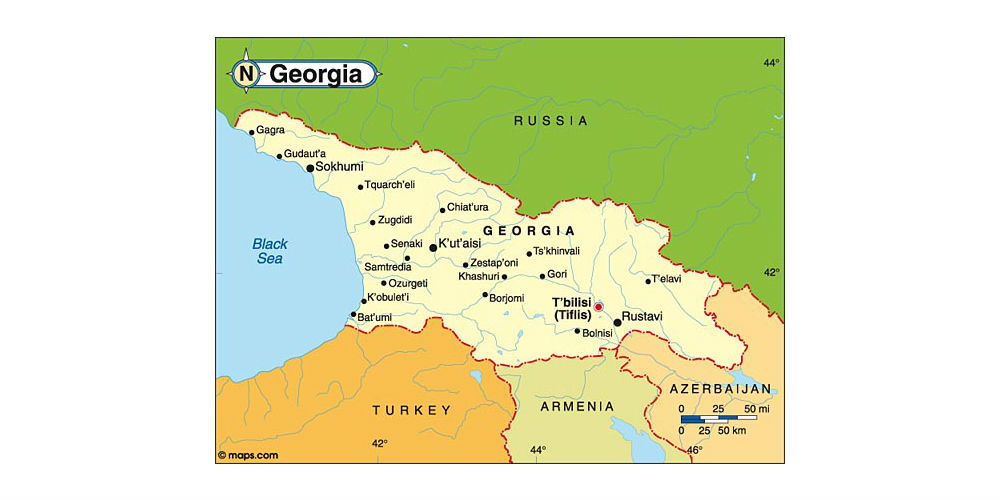 Marani, the kosher Georgia restaurant in Rego Park Queens I visited recently, has been serving up Georgian specialties since 2013 in both their meat and dairy kosher kitchens (the restaurant has an upstairs with a meat menu and a downstairs with a dairy menu). And their food is unlike anything you have ever tasted. Unless of course, you are Georgian.

Complex herbs like tarragon and creamy sauces made of walnuts (no dairy!) are just some of the special elements of the cuisine, all native to Georgia. Even the spices at Marani are imported directly from Georgia to keep the flavors as authentic as possible.

Khachapuri is probably the dish most people would be familiar with – akin to a Turkish pide – it’s looks like a dough “boat” filled with cheese, meat and/or egg. I had a meat and mushroom filled version called adjaruli topped with a runny egg that got mixed right into the filling which was rich and delicious. There was an array of dips made with spinach, chicken, eggplant and walnuts to start; marinated beet salad, which was reminiscent of Russian salads; there was tender braised beef with the creamiest non-dairy mashed potatoes I have ever tasted; and a uniquely spiced bean-stuffed pastry I just loved.

Marani is even serving up its own version of a soup dumpling called kinkali, more commonly known in Asian cuisine. But in Marani’s kosher version, the doughy pockets are stuffed with veal and beef instead of pork. Their cocktails, made with flavors like Earl Grey and dill and house-made bitters, were also not-to-be-missed, something you don’t often say when dining at a kosher restaurant.

If you find yourself in Rego Park, Queens, make sure to stop by for a Jewish meal unlike anything you have probably experienced. For more information about Georgian kosher food and Ana Epremashvili, the owner of Marani, check out this interview from Chopsticks + Marrow. And watch our video all about the delicious food at Marani below.

And for those who just cannot wait another minute to try some Georgian cuisine, go ahead and make your own khachapuri with this recipe from The New York Times. 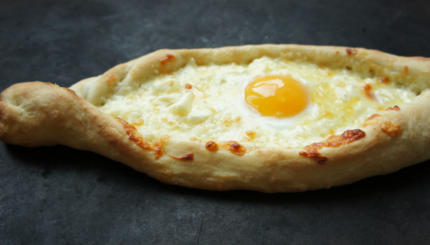 How to Make a Georgian Cheese Boat (Khatchapuri) 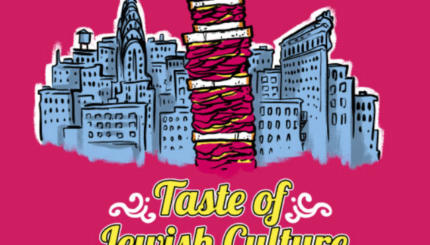 For the second year in a row I’ll be out of town and missing out on The Taste of Jewish ...