The Van Leeuwen brothers certainly aren’t the first of their people to make a successful foray into ice cream production, as Jews have a long history as being game-changers in the business, but they definitely have the most interesting story.

A Jewish husband and wife well into their forties, Jeanette and Philip Van Leeuwen, were struggling to conceive a child while living in Nazi-occupied Holland. Following a series of horrific bombings, they took cover in the Dutch forest, whose harsh natural features required a different, but equally challenging, struggle to survive. They made their way to Spain, where they miraculously found themselves pregnant. Then, they caught a boat from Bilbao to a refugee camp in Jamaica, where their first son was born. The young couple moved again (to Aruba), before finally settling in Forest Hills, New York. They eventually found peace and achieved prosperity, though they never forgot with sadness and gratitude the perilous journey required to forge this new existence for themselves, their children, and grand-children.

That little boy Jeannette and Philip miraculously conceived in the midst of World War II, had two little boys of his own, Ben and Peter, who (fast forward to 2008) opened acclaimed Van Leeuwen Ice Cream along with their friend, Laura O’Neill.

So, besides its origins, what makes Van Leeuwen Ice Cream so unique?

Having educated themselves on ice cream design by studying yolk-heavy classic recipes from the likes of Thomas Keller, the creators were inspired to up the ova ante when mixing their own products in order to ensure a silky mouthfeel. Because of the high yolk content, this Jewish-American ice cream is technically considered to be “French” (custard) and must be labeled as such.

In addition to proffering classics such as ‘Cookies and Cream’ and ‘Mint Chip,’ the Van Leeuwen visionaries have also designed a line-up that includes ‘Passion Fruit Layer Cake,’ ‘Bourbon Cherries Jubilee,’ and ‘Churros & Fudge’ (which is vegan!).  This reporter also has the opportunity to sample what might be Van Leeuwen’s kookiest flavor to date: ‘Kraft Macaroni & Cheese,’ which tastes exactly what it sounds like — in the best way possible.

Ready to try some of Van Leeuwen’s far-out flavors? Here’s the scoop: There are brick-and-mortar shops in New York, New Jersey, California, Texas and Pennsylvania (and parlors are coming soon to Colorado and Connecticut). Don’t call any of the aforementioned locales home? No worries, you won’t be left out in the cold. Pints are available at many Whole Foods locations and can also be purchased online and shipped to your door. 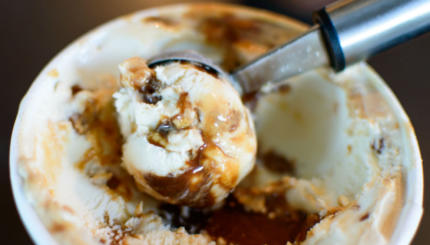 The Jewish History of America’s Most Famous Ice Cream

You can thank them for cookie dough, chunky monkey, and peanut butter ice cream. 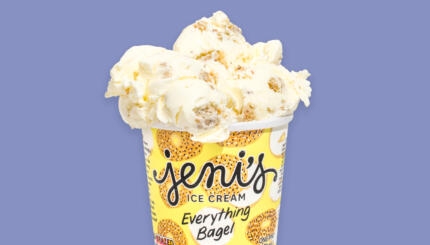 PSA: Everything Bagel Ice Cream Is Back

Whether you love it, or love to hate it, this unique flavor has returned. 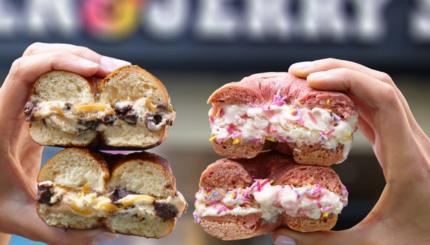 Gimme a bite of that 'Ice-Ice Bagel'