The LA Times introduced us recently to Noe Trinidad Chavez, the beloved Kosher Grocer of Mexico City, who was born and raised Catholic. He’s an expert on Kosher law and Jewish holidays. When Passover rolls around, he scrubs his shelves and keeps his small store Kosher for Passover.

Chavez opened his grocery store, “El Tope,” or “speedbump” in the Mexico City suburb of San Miguel Tecamachalco. The name of his store is a tribute to his humble beginnings. He grew up in Oaxaca and, at the age of 10, journeyed to find work in Mexico City where he began cooking and cleaning for Jewish families.

Chavez’s knowledge of Jewish food and culinary traditions is extensive. Today, he stocks his store with Jewish foods that can be hard to find in Mexico City–like eggplants, hollowed-out zucchinis (for Sephardic stuffed zucchinis), tamarind syrup that he prepares himself, and grape leaves. 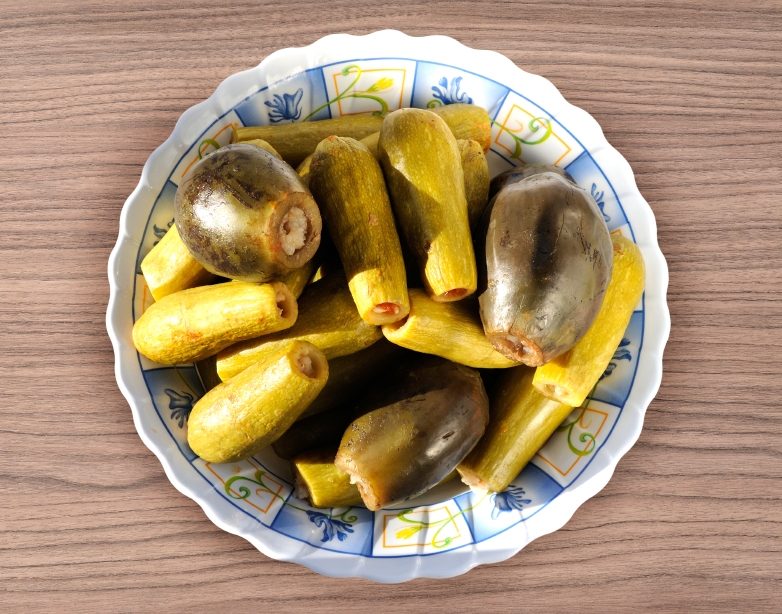 According to the LA Times, Chavez finds that he plays a role in the Mexican-Jewish community:

“It’s a very small but very important store in the life of the Arab and Jewish community.”

Mexico City’s Jewish population is 40,000 strong, and tight-knit. Many of their ancestors immigrated from Eastern Europe and Russia to Mexico in the late 1880s. Mexico City is also home to a number of Sephardic Jews from the Middle East.

“Some store owners might have been put off by having to learn the complicated kosher rituals of an unfamiliar culture as part of their business. For him, Chavez said, it’s the most beautiful part.”

Get the flavors of this Mexico City grocery store, here: