This Tunisian Stew Is the Perfect Celebration Dish

Tfina Pkaila may not have the same global name recognition as gefilte fish, brisket or matzah ball soup. But for Tunisian Jews on Shabbat, Rosh Hashanah and other festivals, there is no other dish that tastes more like home.

Tfinas are part of the global cholent/hamin family — long-simmered stews cooked over low, ambient heat, to provide a warm meal on Saturday or holiday afternoons without breaking the prohibition against active cooking. The name tfina means “buried” or “covered,” and is a variation of adafina, the traditional Iberian Jewish Shabbat stew.

According to Gil Marks’ “The Encyclopedia of Jewish Food,” tfina is either made with harissa and paprika, giving the dish a fiery red color (tfina camounia), or with spinach, chard, beet greens or the North African green melloukhia (tfina pkailat). The global food site 196 Flavors writes that the Jews of Constantine, which is an Algerian city close to Tunisia, also prepared a version of tfina with cardoons. Most contemporary recipes today use spinach.

In tfina pkaila, the fresh greens are slowly softened in an abundance of oil, until they collapse into a glistening, forest green (almost bordering on black) sauce, akin to a spinach confit. In The New York Times, chef Yotam Ottolenghi described pkaila as a “greasy paste as black as crude oil.” While that hardly sounds appetizing, he goes on to say, “after putting a tiny spoonful in my mouth, I thought: ‘Wow, I don’t think I’ve actually tasted spinach before.’ The long [cooking] process distilled the flavor to its essence. It was pure spinach, and absolutely wonderful.”

Some kosher food stores, particularly in Israel or France, where many North African Jews settled, sell jars of the spinach mixture (think: Trader Joe’s shakshuka starter kit). Starting with the premade sauce considerably reduces the dish’s overall cooking time. For those who choose to go the homemade route, however, the excess of oil in the spinach helps preserve it, which means it can be made up to two weeks ahead of time and stored in the fridge until needed.

Whether store-bought or homemade, the long-cooked greens are then paired with creamy white beans, beef shank (or another stew meat and bones), garlic and fresh herbs like mint and cilantro, then simmered further to make a thick, hearty stew. Sometimes, meatballs or a traditional North African sausage called osbane are added to provide additional flavor and to help stretch the dish to feed a crowd. Tfina pkaila is most often served over steamed couscous, which serves as a fluffy base for the rich sauce. It is also commonly served with Tunisia’s version of Italian bread.

Tfina pkaila has become one of the most commonly prepared Rosh Hashanah dishes for Tunisian Jews — similar in importance to brisket for Ashkenazi Jews. This may be, in part, because spinach, chard, beet greens and other greens hold symbolic significance to Sephardi and Mizrahi on The Jewish New Year, heralding wishes for freedom and safety to those who eat it. But beyond edible symbolism, tfina pkaila is simply comfort food par excellence. It is warm, hearty and tastes like love — what more could you ask for from a holiday meal? 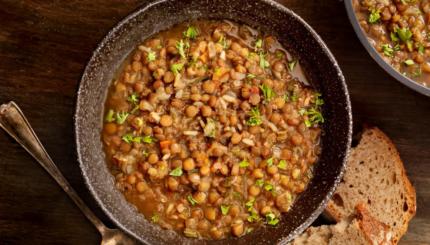 Got lentils? Then you've got a delicious dinner. 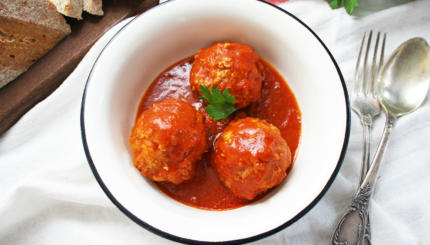 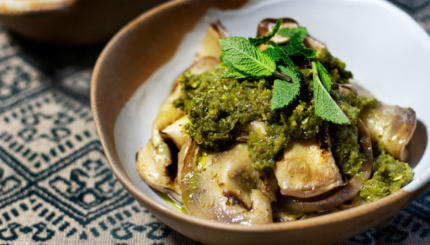 Perfect for those hot summer nights.