Alex Gomberg never intended to go into the family seltzer business. He’d left New York to pursue a master’s degree, and the seltzer business was barely holding on. His dad and uncle even considered closing up shop and using the building in Canarsie, Brooklyn for their beer-distribution business instead.

But now, after years in decline, seltzer is back. It’s become a multibillion-dollar industry, as U.S. seltzer sales nearly tripled in the last decade. Seltzer is so big that some craft brewers are switching to hard seltzer. It’s what author Barry Joseph calls “the age of Seltzertopia” because interest in seltzer “is now greater than any time in our history.”

The consumer swing is a boon for Gomberg Seltzer Works, which was founded in 1953. It’s the last remaining seltzer maker of its kind in New York City, and couldn’t be more different from companies like La Croix and Polar. When Alex returned to the family business in 2013, there was no website, social media, or marketing effort. But the more obvious difference is how the company bottles their seltzer.

Family-run seltzer businesses, often operated by new immigrants, used to thrive in New York City in particular, Joseph said. Many were Jewish. Jewish soda shops on Manhattan’s Lower East Side used it to make egg creams. “All sorts of people drank it, not just this first generation of Ashkenazi Jews,” who immigrated to the U.S. around 1900. Like milk, legions of seltzer men delivered bottles to homes across the country. But after World War II, seltzer fell out of favor. Blame Coca-Cola, assimilation, and supermarkets, among other things, Joseph said.

It’s no secret that many Jewish people love seltzer. Though it has never been an exclusively Jewish industry or fanbase, for some of the people he interviewed, they’d “feel less Jewish” without it.

Joseph dedicates a chapter of his book, Seltzertopia, to the beverage’s Jewish connection, partially focusing on Gomberg Seltzer Works and the adjoining delivery business Alex started in 2013 — Brooklyn Seltzer Boys. “He understands the artisanal nature and appeal to contemporary consumers,” Joseph said. “Alex has been able to really leverage what his generation can bring that we haven’t seen anywhere else in the country.”

When Alex joined his father and uncle in business, only a few seltzer men were delivering locally. By adding a digital presence, modernizing the brand, and creating Brooklyn Seltzer Boys to reach more clients, Alex has helped the business grow every year. The original seltzer men maintain their routes, but Alex expanded the map, adding hundreds of new clients.

“I thought it was going to be a lot of old-time Jewish customers, but it’s really become a whole lot of everything,” he said. “Today, right now, I think we have hundreds of residential [clients] and dozens of restaurants and commercial establishments.” The restaurants naturally go through a much higher volume, and account for roughly half the seltzer Gomberg’s team delivers.

People are partially drawn in because it’s “a better-tasting seltzer” that maintains pressure significantly better thanks to the syphon, Gomberg said. The drop-off and collection model also means there’s very little waste.

With national demand for seltzer rising year-over-year, more people will likely turn to traditional purveyors like Gomberg Seltzer Works. That is, if they can.

“Seltzer works around the country have benefited from the resurgence in seltzer,” Joseph said, but there’s a catch. “The problem is, most of the people who are making seltzer in syphons and delivering them can’t scale in a modern way. Alex is able to survive by absorbing the products of other businesses that have now retired.”

Each bottle is a kind of relic. The composite parts aren’t being manufactured anymore. Gomberg has a team of people working daily to restore old stock, but he can’t keep up with demand. New customers are placed on a waitlist.

That hasn’t stopped him from growing the business. The seltzer works recently started hosting tours. They’re doing more events, including bar and bat mitzvahs. And Gomberg created a store on the website, where faraway fans buy everything from branded t-shirts to egg cream kits. He’s even selling display-only glass syphon bottles.

If Gomberg’s success is any indicator, it’s a good thing the previous generation didn’t close down the family seltzer works. With resurgent national interest and an example to follow, maybe the remaining old-school seltzer makers can keep the traditions of “Jewish champagne” alive for the next generation, too. 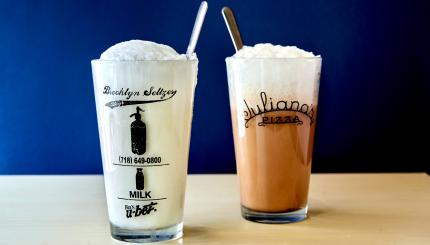 And, more importantly, is it delicious? 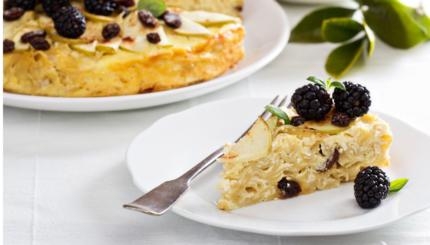 This underrated ingredient might be the answer to dinner. And breakfast. And snack time, too. 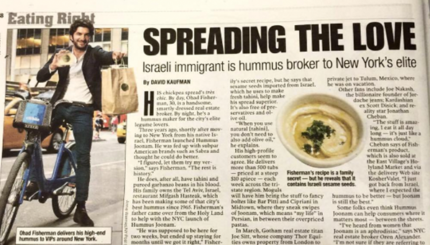 Have you ever craved homemade hummus so badly that you’d pay to have it delivered to your front door? Well, ...