Hanukkah is a celebration of oil, and any fritter or pancake can honor this celebrated ingredient. My fried treat of choice are oladi, Russian pancakes that are popular across the former Soviet Union. They come in a variety of styles but their batter is most often made with plain kefir (or buttermilk) and a leavening agent, such as baking powder or yeast. When fruit or cheese are added to oladi, they become fritter-like. They are typically cooked in a generous amount of sunflower oil, allowing them to puff up and become fluffy in the center with golden, crisp edges.

The recipe for oladi first appeared in “Domostroy,” a famous 16th-century Russian book on household matters, but the term oladi comes from the East Slavic word oldaya, which refers to a flat cake of unleavened wheat, that dates back to 1470. Oldaya is derived from the Greek word for oil and is also associated with a Middle Greek oil cake called eladion. While these Russian pancakes may seem distant from the potato pancakes we eat at Hanukkah, the Yiddish word latkes comes from oladka, the Russian diminutive of oladi.

In fact, early latkes were not made from potato at all, but were instead prepared with curd cheese fried in butter or oil, and likely originated in Italy, not Eastern Europe. Potatoes were not cultivated in Europe until the late 16th century; they became a staple crop in Russia and Poland in the 19th century. Once potatoes were ubiquitous in Ashkenazi communities, latkes for Hanukkah were made with potatoes fried in schmaltz.

Oladi can be made plainly with flour, but they are also made with potato, carrot, beans, rice or even squash. Sweet oladi are made with apples or raspberries, especially in Ukraine. Like potato latkes, they are traditionally served with sour cream. You can make these apple oladi even sweeter by topping them with fruit preserves, a generous dusting of powdered sugar, or a drizzle of sweet, golden honey. 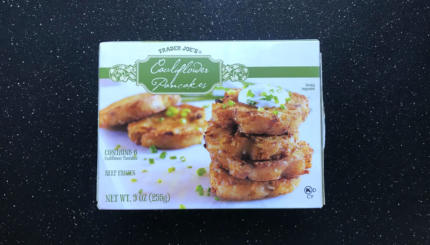