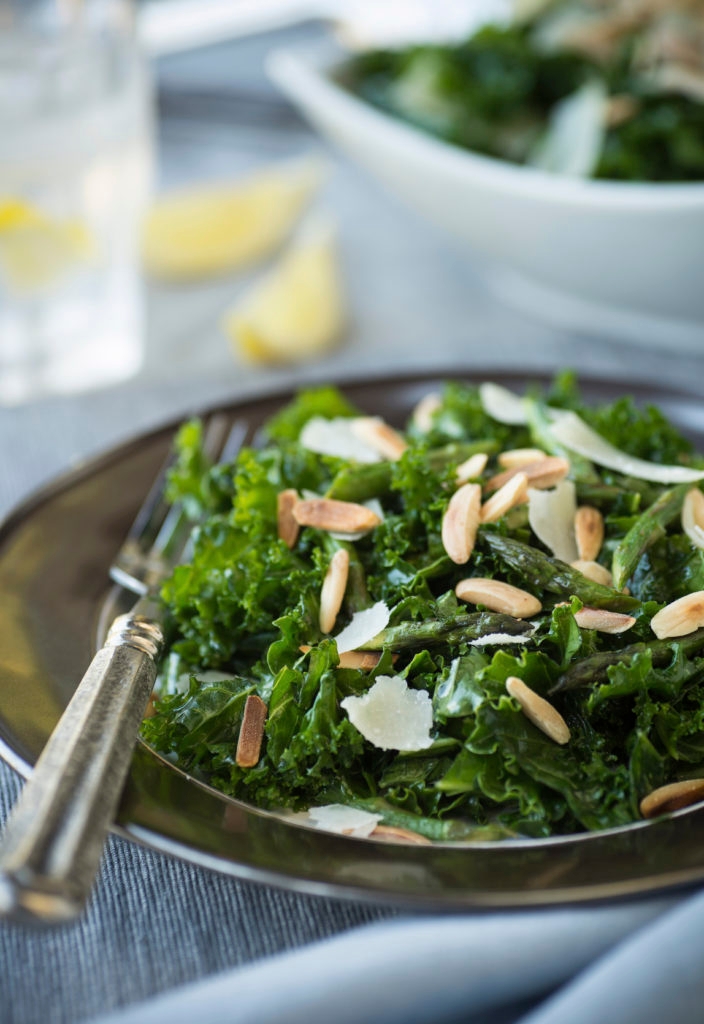 I just read this hilarious Slate piece on kale where the author, Scott Jacobson, talks about the “all kale, all the time” lifestyle in Los Angeles. While I’m certainly not going to advocate for that kind of extremism (check his kale diary at the bottom for an explanation of how that might go wrong), I really do love kale and all of the wondrous things you can do with it.

I have to admit, I wasn’t an early adopter of the kale fad. Like most Americans, I don’t like bitter flavors and leafy greens have never held much appeal for me. I can do without dandelion greens and I used to think my parents’ love of arugula was just a pretentious affectation–how could they actually like that stuff? It must be for show. (Full disclosure: I’ve come around on the arugula issue. In fact, my lunch today was an arugula salad.) But slowly I grew to tolerate kale and then I grew to love it.

It started the way it does for most people: with kale chips. Ripped into bite-sized pieces, tossed with olive oil and salt, and thrown into the oven at 350°F, they’re simple, crispy, and easy on the taste buds.

Then I started sauteing kale–ripped into bite-sized pieces, tossed with olive oil and salt, and thrown into a hot skillet. Can’t go wrong with that combo either.

And then came the raw kale salad. One of my classmates made it on improve day (which is basically the Natural Gourmet Institute’s version of Chopped) and I haven’t been able to stop making it. I actually went home and made it for dinner that night. When we presented it to the chef, we called it massaged kale salad. But he thought that sounded kind of gross–who wants to eat a dish that you’ve announced has had your hands all over it? Wilted kale doesn’t have such a fun ring to it. Plus “wilted” usually refers to something that’s been cooked. So we settled on marinated, which is a pretty safe and accurate descriptor.

I’ve tinkered with the recipe a bit since then, but in a lot of ways it follows the same formula for all of my other kale eating: rip into bite-sized pieces, toss with citrus juice and salt, massage the acid and salt into the greens (like a facial scrub), let it sit pressed under something heavy, toss with olive oil, and serve.

I prefer making this recipe with the kale pictured, known as dinosaur kale, Tuscan kale, or lascinato kale, depending on who you ask, but any kind of kale works. This salad is very flexible and is tasty with all sorts of add-ins like sliced fruit, roasted sweet potatoes, nuts, and scallions.

But remember, while addicting and nutritious in so many ways, too much kale, like too much of anything, is not a good plan!

Toss kale with salt and lemon juice. Massage the citrus and salt into the kale pieces.

Place kale under a weight or heavy object for 20 minutes to 1 hour. 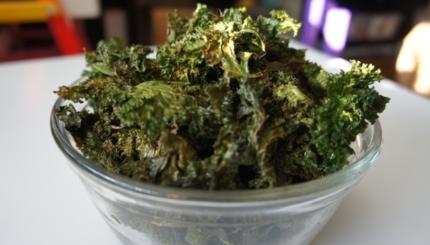 When I was pregnant with my daughter I discovered the wonder of kale chips. I was craving leafy greens, and ... 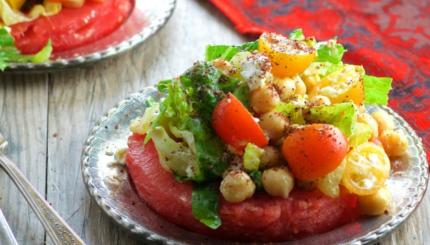 The combo of juicy melon and salty cheese creates a flavor explosion with every bite. 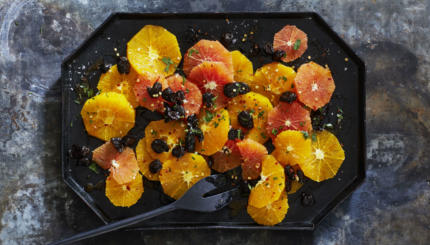 Salty and sweet, this beautiful salad from Leah Koenig is sure to wow your guests.