Have you always dreamed of eating a hot pastrami sandwich while waiting on a mile long line for a rollercoaster? Well, you’re in luck!

L’Chaim! Holiday Kitchen is the newest addition to Disney’s annual Epcot Festival of Holidays (located between Morocco and France), and we couldn’t be more excited. From November 18 through December 30th, you can visit 12 booths that offer a different taste of seasonal holidays from around the world.

If you’re not in the mood for traditional Jewish cuisine, you can pick up a bowl of Tres Leches Rice Pudding with Pumpkin Seeds from the Feast of the Three Kings booth, or Cheese Fondue in a Bread Bowl from from the Bavaria Holiday Kitchen.

The festival isn’t the only time you can indulge in authentic cuisine. Year round, Epcot hosts restaurants and booths featuring foods from 12 different countries, including China, Germany, Italy and Mexico. Notably, Israel is not on the list… yet.

This year, Hannukah begins early on December 2nd, which begs the question: why aren’t latkes included on the Jewish kitchen’s menu? Alas, we’ll take what we can get. 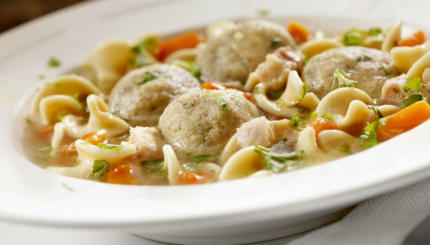