This week, as documented by The New York Times, families across America will serve a Thanksgiving meal that speaks to their family’s distinct heritage and culinary traditions. As this article illustrates, Thanksgiving menus are every bit as diverse as our population.

If we could contribute a recipe, it would probably be a kugel, one of the most versatile Jewish side dishes. With a few grates of nutmeg, a tablespoon or two of maple syrup, and a handful of cranberries, you can customize your family’s noodle kugel to reflect seasonal produce and nutty, autumnal Thanksgiving flavors.

Some of the dishes below could even be hearty main dishes for vegetarians craving something other than mashed potatoes and brussels sprouts. In other words, kugels aren’t just for Rosh Hashanah or Passover–they’re perfectly at home on the Thanksgiving table. 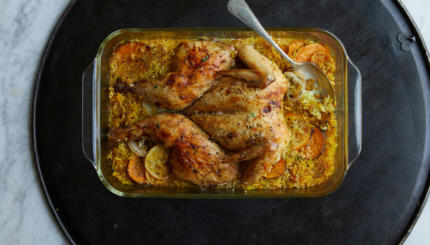 A one-pot wonder you will love for Shabbat or anytime. 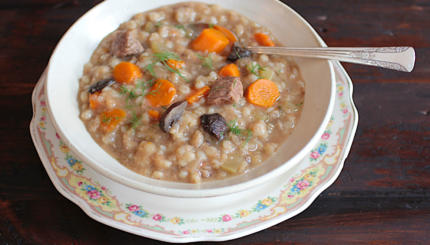 This gently seasoned beef and barley mushroom soup is a cold weather classic.