Israeli food has officially become mainstream, now that Israeli chef, Yotam Ottolenghi, has a column in the New York Times food section! He made his debut recently in an article titled “Yotam Ottolenghi: Eat Your Sugar.”

You may be most familiar with his cookbooks like Jerusalem and Plenty, but he’s actually no stranger to journalism. He’s worked on the news desk at Haaretz, and has more recently contributed regularly to The Guardian. This is Ottolenghi’s first gig with an American newspaper, which is exciting for many reasons, not least in relation to measurements — you’ll no longer need to translate grams into cups!

In his inaugural post, Ottolenghi revealed that his recipes, which he’ll post occasionally, will focus on “all things baked and sweet.” It’s a bold statement to make in our present sugar- and refined flour-fearing world, but we’re on board! He’s not afraid to use a little sugar, and neither are we! His first two recipes are for Pastry Nests with Poached Pears and Feta and Saffron Cream and Pomegranate and Rose Granita, whose bold fuschia is here just in time for Valentine’s Day or for brightening a snowy winter night. 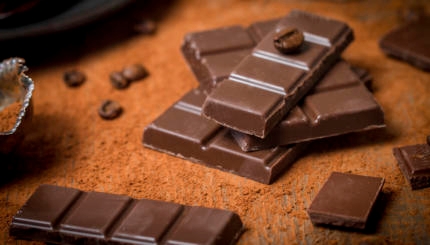 Looking for the perfect Valentine’s Day gift for your favorite Jewish foodie? Israeli chocolate has all the answers: timeless Middle ...

Whereas the much acclaimed cookbook Jerusalem by Yotem Ottolenghi and Sami Tamimi feature stunning recipes that sound delectable but require ...

Bright greens, toasted pistachios, black lentils and sugar snap peas give this salad a burst of texture in every bite.