Most of my family loves the classic Thanksgiving dinner of turkey, mashed potatoes, stuffing, and cranberry sauce. But there are also a couple of vegetarians among us, so when we get together to celebrate and feast, I try to accommodate everyone. I want the meat-eaters and the vegetarians to feel welcome and thankful. Every year I offer at least one vegetarian entrée at our Thanksgiving dinner.

This year it’s going to be koshary, an Egyptian specialty and one of the best vegetarian dishes I have ever tasted. Even though this dish is considered kind of low-brow, I think it looks festive enough for a special meal.

Koshary is street food, sold everywhere you look from carts and stalls in Cairo (and elsewhere in Egypt). It’s carb-loaded and comforting, bountifully flavorful and rib-sticking — the perfect dish to go toe-to-toe with the usual stomach-stretching Thanksgiving menu.

My grandma would have said that koshary has the “tata and the mama” in it. Indeed, this dish contains a lot of stuff! It includes pasta, rice, lentils, chickpeas and fried onions topped with a cumin-infused, gently spicy tomato sauce.

Koshary developed as an offshoot of other Middle Eastern and South Asian foods by people who migrated to Egypt during the late 19th century, when the British occupied parts of both areas. It’s similar to both mujadarah (Middle Eastern) and kitchari (an Indian specialty), which are both based on rice and lentils, but which don’t include tomato sauce. There is also some speculation that koshary’s closest ancestor is an Iraqi Jewish dish called kichri, although that dish has no pasta and is often eaten topped with a fried egg or a dollop of yogurt.

Although you have to cook koshary’s several parts separately and that might seem burdensome on Thanksgiving, you can do the work piece-by-piece and ahead of time, then put the different elements together at the last minute and reheat the dish in the oven. I’ve even nuked it in my microwave oven. For serving, you can arrange the different elements in layers or side by side, as you wish, serve the sauce on top or separately. 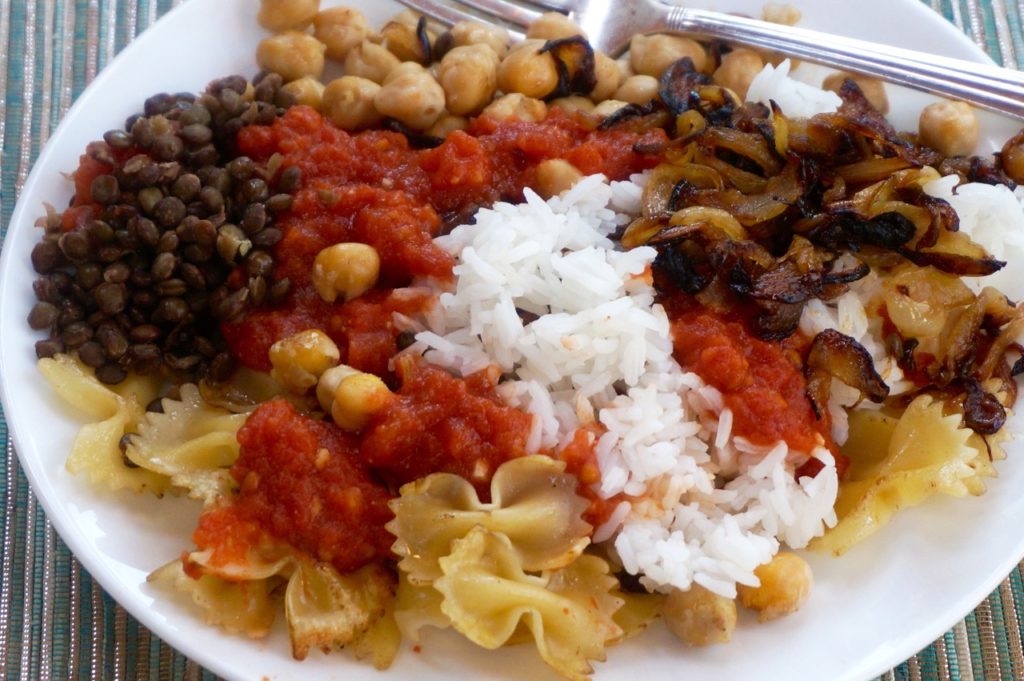 Preheat the oven to warm (about 225 degrees).

Next, make the koshary elements: Cook the macaroni until al dente. Drain and set aside.

Cook the lentils in lightly salted water for about 20 minutes or until tender. Drain and set aside.

Combine the rice with 1 cup water in a small saucepan. Bring to a boil over high heat; reduce heat to low, cover the pan and cook for 18-20 minutes. Remove from the heat but keep the cover on the pan to keep the rice warm.

Heat 2 Tbsp of the olive oil in a large sauté pan over low-medium heat. Add the onions and cook, stirring occasionally, for about 30 minutes or until golden brown. Remove the onions to a bowl and set aside in the oven to keep warm.

Next, reheat the tomato sauce.

Add 1/2 Tbsp olive oil to the sauté pan used for the onions. Add the cooked macaroni and cook over medium heat without stirring, for about 2 minutes, or until the bottom is crispy. Stir and cook for another 2 minutes to crisp the pasta. Remove the pasta to a serving dish.

Add 1/2 Tbsp olive oil to the sauté pan. Add the lentils and cook for 1-2 minutes or until lightly crispy. Spoon the lentils on top of or alongside of the macaroni. Add the rice to the serving dish.

Spoon the caramelized onions onto the serving dish. Spoon the tomato sauce on top or serve separately. 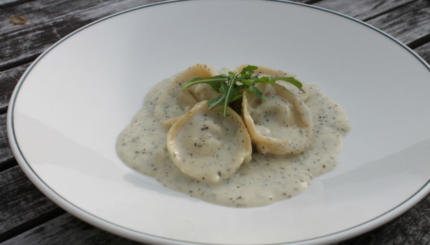 On Purim it is traditional to eat food with fillings hidden inside to symbolize the hidden nature of the Purim miracle, ... 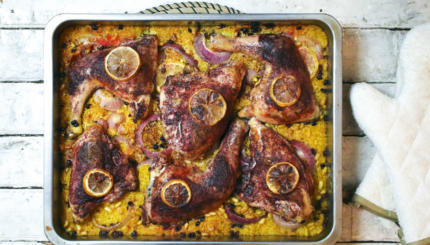 This go-to chicken and rice dish looks gorgeous, tastes incredible, comes together in no time, and you can make it all in one pan.