Growing up in northern New Jersey, Amanda Daly firmly believed that New York water was a prerequisite to making good bagels. “I 100% completely bought into that,” she recalls. But today, as the owner of The Daly Bagel — an online bagel bakery based in Oak Park, Illinois — Daly knows better. “Once I started making [bagels], I realized that having the right ingredients and doing it the right way are far more important than the water,” Daly explains. “People use the water as an excuse for making subpar bagels. We have great water in Chicago. We should have great bagels!”

And yet, the Chicago bagel scene has always been lacking. With the exception of a few spots on the North Shore — where the Jewish population is concentrated — the Windy City has had a dearth of good bagel options, which is surprising considering the sizable Jewish community. Indeed, residents of other parts of the Chicago area have been known to drive an hour or more to these lone bagel outputs — such as New York Bagel and Bialy near Skokie — for a real boiled-then-baked bagel.

For the residents of Chicago’s western suburbs, however, the bagel drought is finally over. Since May 2018, The Daly Bagel has offered “East Coast bagels with a Midwest twist” by special order and through bi-weekly pop-up bakes that typically sell out in less than an hour. The Daly Bagel’s devoted and, frankly, desperate fans line up as much as 45 minutes before the doors open — regardless of the weather — for Daly’s pop-ups. Why such a frenzy? Daly can only produce a maximum of 860 bagels for these events while working in a shared commercial kitchen, and no one wants to be the person going home without bagels. In the final 2018 pop-up, as many as 40 people were turned away. Fortunately, a brick-and-mortar home for The Daly Bagel is on the horizon, which will allow Daly to meet the growing demand for her bagels.

The inspiration for The Daly Bagel comes from Daly’s hometown of Denville, New Jersey where, she recalls, there were three or four mom-and-pop bagel shops where parents could pick up a dozen bagels for Sunday morning or teens could pop in for a quick lunch. Daly’s family isn’t Jewish, but in the New York metro area, bagels were a part of the fabric of daily life for everyone. Daly was a competitive swimmer as a child and “you had bagels at swim meets. That was just part of [the culture],” she recalls.

Ever since Daly had moved to Oak Park, a town known for its historic homes, progressive values, and strong sense of community, she was constantly thinking of ways to make it better. She would identify some business that the community needed and then, a few months later, that business would appear and be wildly successful. After this happened a few too many times, Daly decided to get serious about opening her own business. “I turned to my family and said: The next time you hear me say the words ‘you know what we need here,’ call me on it. I’ll do it!” 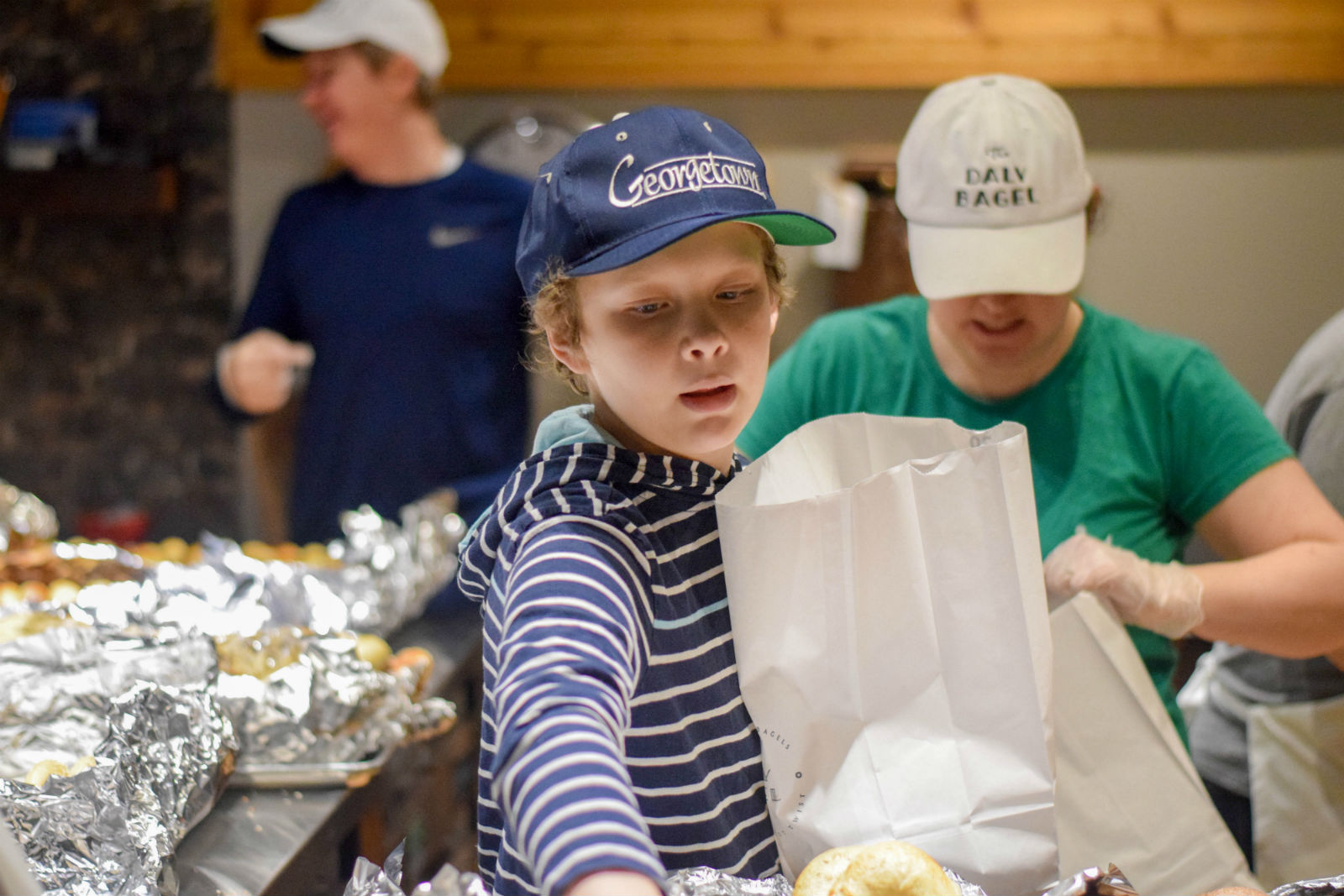 Sure enough, shortly thereafter, Daly was driving with her kids while her son Patrick was, once again, bemoaning the lack of good bagels. Daly said to him, “You know what we need here? One of those cute bagel boutiques like we had where I grew up. Little delis — places you could get good bagels!” Patrick reminded his mom of her promise to follow through on her next good idea and thus The Daly Bagel was born.

Daly was a “hard-core amateur baker,” but she had never attempted bagels before. So she began a process of borderline-obsessive experimentation that lasted for months — a process that is not uncommon among bagel enthusiasts. Daly gathered 15 different recipes and attempted them all. Baking three to four batches a day, she then began combining different recipes until she nailed down one she was satisfied with. “The flour is the key ingredient,” Daly advises. (Today Daly uses a secret mix of flours from the King Arthur brand, including some proportion of high-gluten bread flour.) One variable that never changed? Daly always made her bagels the traditional way by boiling the dough prior to baking. But even then, how long to boil them — and in what kind of water — was another mystery to solve. 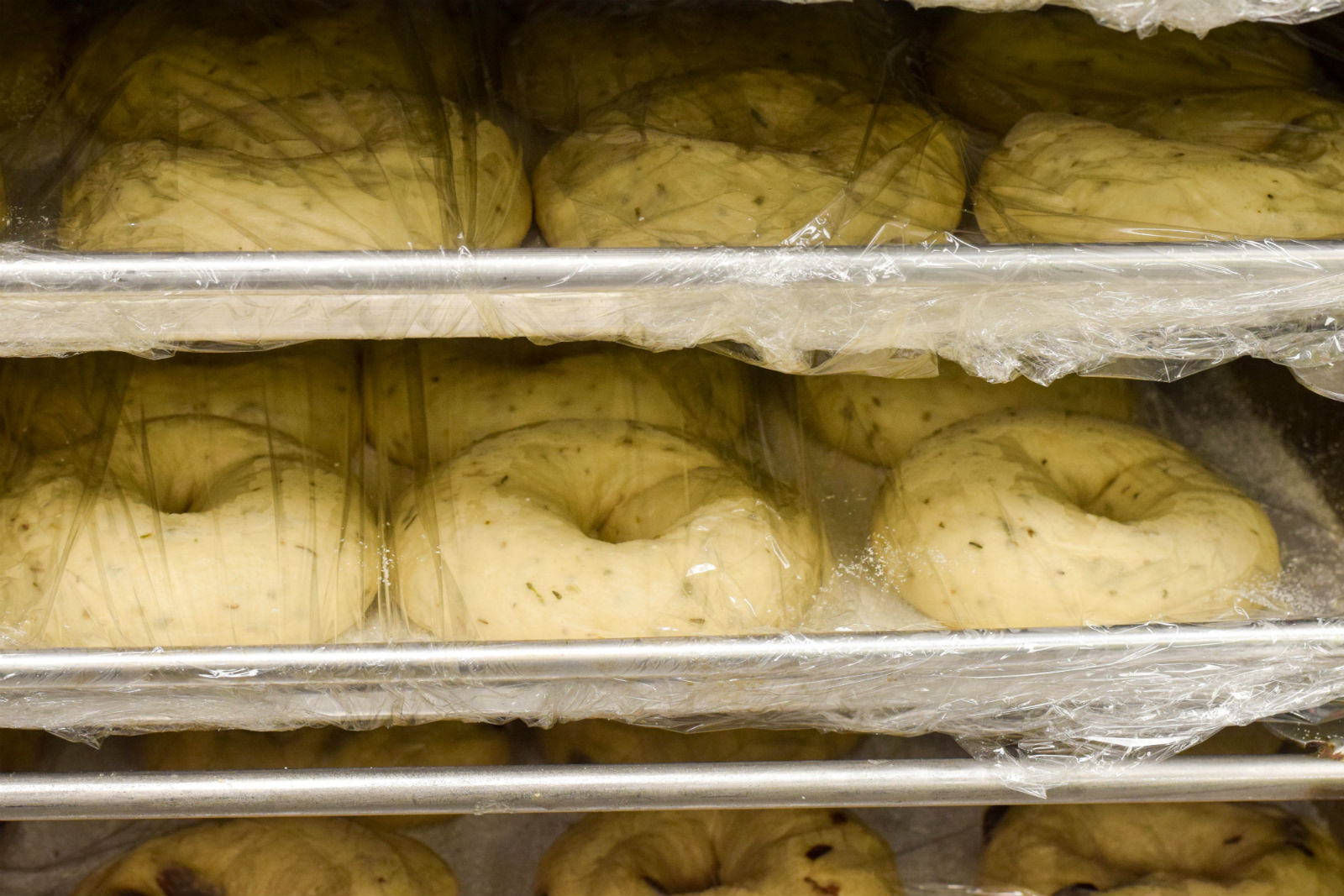 In Daly’s head, she was working toward a perfect bagel based on her childhood memories. “I wasn’t looking for a specific taste; I was looking for it to hit that nostalgia button. I was waiting to bite into [a bagel] and be like ‘childhood,’” Daly explains.

When Daly finally landed on her recipe, she began bringing her bagels places without saying she had made them herself to see how people reacted. “People [said,] ‘These bagels are really good! Where did you get them? I’ve been looking for a good bagel store.’ I was so excited,” Daly recalls. Only then did she began admitting to friends and neighbors that she was planning to open a bagel bakery.

While her initial goal was to open a brick-and-mortar shop, Daly launched her business online as a way to build her customer base and gain valuable experience, all while going through the lengthy process of finding a location and securing a small business loan. She created a Facebook group for The Daly Bagel as a way to keep the outreach targeted at her local community and began taking special orders and hosting regular pop-up bake sales.

The response from the community was overwhelming. Today, eight months after launching The Daly Bagel, Daly is adding new staff and spending more and more days in the shared commercial kitchen to keep up with the demand.

And while Daly is reluctant to give away too many details until everything is finalized, The Daly Bagel storefront is definitely on the horizon. “I’m at heart super-extroverted. I love meeting new people. I love when people come in [to the pop-ups.] It just makes me so happy. I am driven by that: being able to increase the capacity and get bagels to more people.” Daly has lots of ideas for an expanded menu, including bagel dogs, sandwiches, and sweet baked goods. (Dare I hope for black-and-white cookies?) 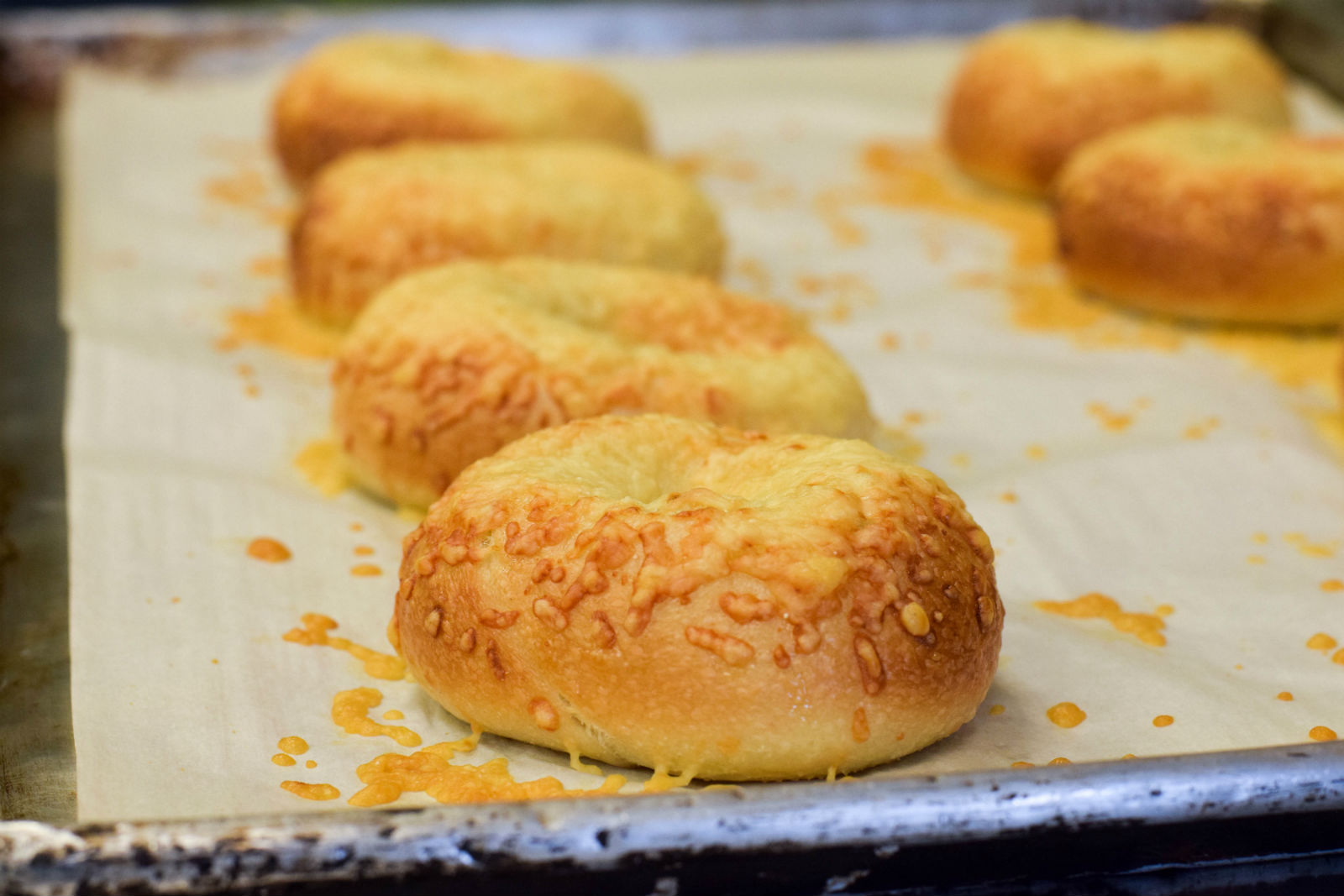 Daly keeps her bagel flavors fairly traditional — the standard plain, poppy seed, sesame, onion, everything, and salt. “Those you have to get right,” she says. But she also likes to experiment with different flavors and techniques. The pretzel bagels — made with baking soda in the water — are popular with her customers, as are the chocolate chip bagels, which turned out to be the hardest to perfect. Daly also likes to rotate through different seasonal varieties, such as a gingerbread bagel she featured in December. “It’s fun to have these oddball flavors that people can try and say: ‘I wonder what pumpkin carrot tastes like.’ My hope is that when we have the shop there will be one or two seasonal bagels that last maybe a month or two” in addition to traditional flavors, says Daly.

Clearly Daly strives to make East Coast-style bagels like the kind she relished growing up in New Jersey, but what is the “Midwest twist” that her tagline proclaims? “The twist is the water,” she laughs. “We’re using local water. This is one of the things that is going to differentiate our bagels and make them special and unique.” 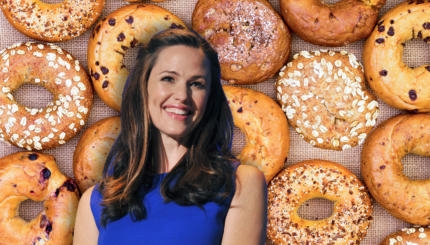 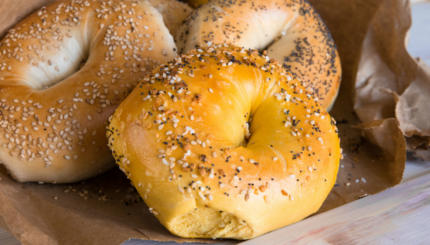 The Secret to the Best Bagels? Hint: It’s Not the Water

Finding the best bagels may be easier than you think. 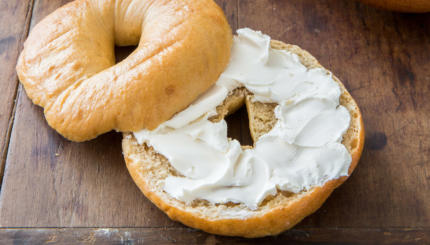 A perfect recipe from Cooks Illustrated.