I am back from Israel after three wonderful, sometimes challenging weeks. And while I am not missing the sirens the country is currently experiencing daily, I am missing my friends and, of course, the food.

Each time I visit Israel I am more inspired by the Israeli way of daily eating as well as the culinary innovation I see happening all over: Swedish-Israeli fusion food; the most beautiful and delicious nondairy pastries I have ever experienced; and even some type of “exotic” Jewish food I have never before heard of or tasted.

My most recent trip was no different, and despite daily sirens in Tel Aviv, life continued and so did fabulous food consumption. I ate a Yemenite bread called “lachoch” for the first time, which I would describe as a cross between a fluffy pita and the spongy Ethiopian injira bread. 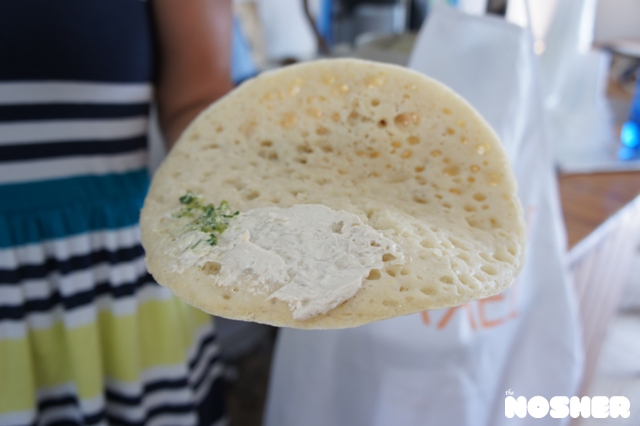 I ate halva ice cream and frozen yogurt topped with chunks of halva; we definitely need to add that as a topping at American fro-yo joints.

But there were three stand-out eats that I just couldn’t stop thinking about.

Have you ever had a mascarpone and chocolate stuffed croissant at 2 am after a night of drinking? Well I hadn’t either until I stopped by La Gaterie in Tel Aviv. La Gaterie doesn’t just crank out authentic, buttery, French croissants round the clock. Oh, no no my friend. They are also stuffing these flaky croissants with a variety of sweet and savory fillings to satisfying any craving. There are two locations, and while it wasn’t cheap, it was one of the most outrageous things I have ever eaten.

Malabi and pomegranate lemonade at Malabiya, right next to Carmel Shuk, off of Allenby Street, Tel Aviv

Have you ever had Malabi, a Middle Eastern pudding made with rosewater? You can find this sweet treat everywhere in Israel, including often on the street. And just recently two friends who met in the IDF decided to open a Malabiya “bar” together, offering several flavored syrups and crunchy toppings for the customer’s choosing. Almost like a Middle Eastern version of a fro-yo bar. They are also offering a pomegranate lemonade. And hey, who doesn’t want to be served up a sweet treat by some authentic Israeli eye-candy like this? Enjoy some pudding and a lemonade outside at their small stand, or get it to-go. 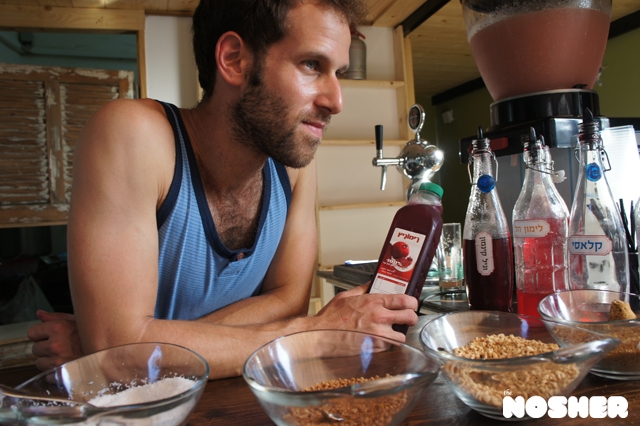 Many people have heard of kubbeh, the Iraqi dumpling-esque treat filled with beef, lamb and other deliciousness. But never before had I heard of, never mind tasted, such a unique hybrid: the kubbeh soup dumplings at Kubueh Bar. You get your choice of around 6 different broths as well as several different kinds of kubbeh. You can also choose the number of kubbeh you want in your soup, and we immediately regretted only getting 2. But the meal didn’t end there: we were also treated to a heaping plate of rice, beans, Israeli chopped salad and tahini. It was unlike anything I had tasted before and absolutely delicious. Ha’aretz has a full write-up of all the places to enjoy kubbeh in Tel Aviv if you find yourself on a kubbeh-tasting adventure. 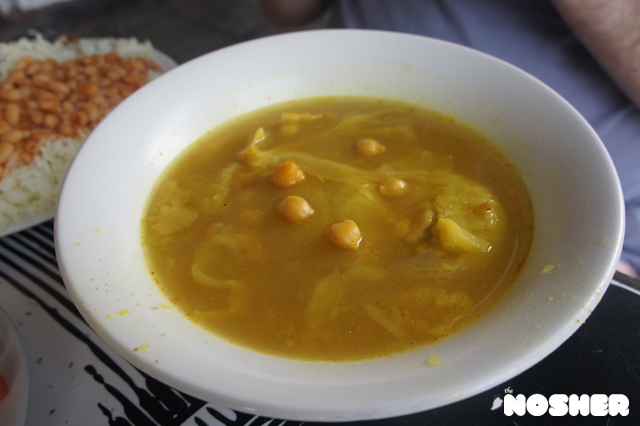 Eating My Way Through Israel

Hi everyone – I am back from Israel! Hope you have been enjoying all the amazing guest posts while I ...

I am headed to Israel today for three glorious weeks of working, traveling and what else: eating.Last summer I was ... 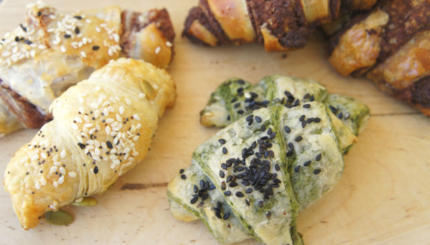 I am in Los Angeles this week visiting my family, checking out some fun kid-friendly activities (sidenote: Kidspace Museum is ...