Yes, You Can Have Hummus for Dessert Now

Chocolate is great. Hummus is great. But together? It’s the type of thing that’s begging to be made fun of. So naturally, I had to try it. After a spoonful of Tribe’s dark chocolate hummus, to my surprise, I was blown away. I was expecting to bite into a repulsive blend of tastes and textures, but that wasn’t the case at all. Turns out, chocolate hummus is shockingly delicious; had I been blindfolded, I would have assumed it was either pudding or brownie batter.

Though Bon Appetit listed “dessert hummus” as a food trend they hoped would disappear in 2019, it keeps expanding, and it doesn’t end at chocolate. There’s vanilla bean hummus, snickerdoodle, mint chocolate, cake batter, and pumpkin pie. Snickerdoodle was my favorite, while the vanilla bean flavor had a grainier consistency — but still wasn’t bad. I even mixed some chocolate hummus with peanut butter Halo Top ice cream (you can laugh) and it tasted like a Reese’s peanut butter cup. The versatility of the product is part of what makes it so intriguing. It works on its own, but it also enhances a bowl of fruit or toast.

If you are repulsed by the idea of dessert hummus, you have Mark Cuban to blame. On a 2017 episode of Shark Tank, Makenzie Marzluff pitched her dessert hummus company, Delighted By, winning over Cuban who invested $600k for a 25% stake in the company, exclaiming, “This sh*t is good!”

Before trying it for myself, I imagined chocolate hummus was a perverse blend of the salt and oils clashing with sweet chocolate flavoring, but that’s not what it is at all. It’s surprisingly subtle, more like a lighter brownie batter. Or is it a pudding? A vegan nutella? A light frosting? It’s all of those and yet none of them.

There’s a reason why it tastes good, though: It’s not technically hummus. It lacks key ingredients that hummus almost always has: tahini, olive oil, and garlic. Therefore, it’s more of a chickpea-based dessert spread, which is less far-fetched of a concept, particularly as people are finally realizing that chickpeas are a versatile superfood. Chickpea milk and chickpea ice cream are next — you heard it here first — and it’s only a matter of time before Tel Aviv, which was named last year’s vegan capital of the world, dives in and hopefully perfects the phenomenon. Plus, it’s not so different than the concept of halvah, a tahini-based sweet.

If you’re still not sold on the idea of sweet hummus, you won’t like that a single container of Delighted By — the original maker — goes for $5.99 at Whole Foods. Trader Joe’s has even hopped on this train, launching their own line in early August. Their version, in typical Trader Joe’s fashion, is three dollars cheaper than the original brand.

Dessert hummus isn’t the first foray into vegan food substitutes (think nut milks, or vegan ice creams) but there’s something in the name that riles people up. Would it escape the online ridicule if it simply called itself a chickpea pudding? While chocolate hummus might not fit the traditional definition of hummus, it fits into your fridge all the same. 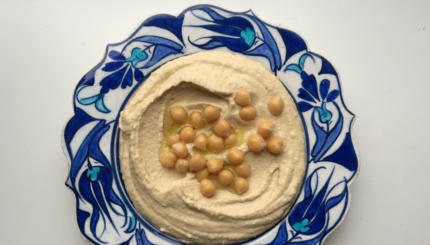 Is there anything this superfood can't do? 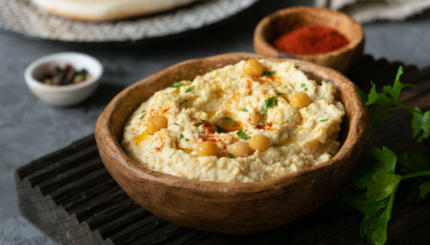 The Most Horrifying Ways People are Using Hummus

Prepare yourself for the weird ways people are enjoying hummus. 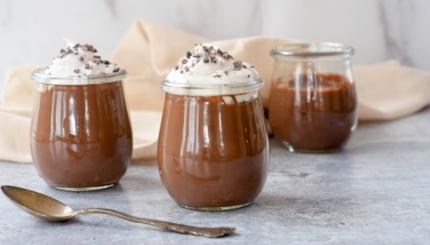 The Easiest Chocolate Pudding for Passover

Coconut milk is the perfect ingredient for a pantry-forward, creamy dessert.