Hate speech (n.): public speech or writing that expresses hate or encourages violence towards a particular person or group

Whether or not we’ve been personally impacted, we’ve collectively witnessed a massive increase in hate speech in America. There’s that slur that’s a regular part of “locker room talk;” there’s the online rhetoric that has been exacerbated paticularly over the past few years; there are the signs and t-shirts at rallies and riots that seem to repeat the worst side of history (see: the Confederate flag in the Capitol on Jan 6, 2021, and shirts referencing the Holocaust worn proudly).

Up until a month ago, I was privileged enough to never experience a hate crime firsthand. In December, my school’s website was hacked and filled with Nazi slogans and Holocaust images. We received slur-filled hacked emails from our teachers and spent the day in a panic trying to discern if this was some elaborate, cruel joke or if we were under a serious threat. While I’ve witnessed hate speech on a national stage, I can now say that when a hate speech attack happens to a school, it is doubly scary. I had grown up hearing stories about the Holocaust, and saying Tehillim (Psalms) in the morning at school every time we heard about a shooting at a synagogue, and it was always horrifying and painful, but it felt a little detached from my life (thank God my schools and shuls have amazing security systems). Experiencing the stress and trauma of a targeted hacking last month made the threat of antisemitic attacks infinitely more palpable for me, and for most of my classmates, I’m sure. While our physical safety was thankfully undisturbed, the effects of this hateful act will last longer than a few hours of panic and discomfort. 110 ninth graders are going to remember that in their first 3 months of high school, they received death threats. That is not something that an online security overhaul can fix.

Many of the pushback arguments against attempts to regulate how much damage people are allowed to do with their words come from fears that the government is trying to curtail our right to free speech. No one is advocating for the removal of free speech, but the right to free speech is not the right to incite violence. We can’t yell “Fire!” in a theater because our words and actions aren’t falling into a void; we live in a society. No one has the unchecked right to do harm to others, especially those in public positions who have the power to influence many others (a wonderful example being the President of the United States of America inciting mob violence). Dangerous Speech.org breaks down some warning signs that someone has crossed the line from free speech into dangerous hate speech. Another wonderful resource is the Anti-Defamation League (ADL.org).

On the biological side, an MRI-based study in 2004 showed that some of the neurological pathways involved in the emotional side of pain are activated even when one is just witnessing another in pain and not actually in pain themselves. This means that people with higher empathy levels are affected by acts of hate as well as the victims (in a different way, however), and that those who perpetrate hate crimes and hate speech may have lower empathy levels. This does not excuse any acts of hate committed, but it can and should motivate us to work on our own empathy levels. Even in times of panic and fear, we should attempt (to the best of our ability and emotional capability) to support one another. After the cyberattack on my school, some teachers immediately moved on with course material, while others spent the first 5-10 minutes of class asking us how we felt and discussing the situation. I understand both approaches, and I appreciate the dedication of the teachers who continued on as normal to ensuring that we were able to push past the obstacles to our education, but I think we all really needed that time before we jumped back in to talk it out and process what had just happened together. Only my AP Psychology teacher set aside the entire period to check in with us and have a discussion about hate speech, empathy, and discrimination—and she connected the conversation back to our social psychology unit, so we reviewed what we had learned as well. The fact that we were able to fill up a whole period with discussion and reflections solidified for me the importance of taking that time to collectively process and identify our feelings and how we can help each other through them.

Learning about the Holocaust when I was younger, this poem always stuck with me: “First They Came” by Martin Niemöller. It helps to identify and recognize the early signs of dehumanization/othering so that we never allow anything like the fascism of the 20th century to repeat itself. This famous Holocaust poem was rewritten a few years ago to reflect the spikes of hate speech being circulated by people in positions of power and authority: “First They Came” Rewritten for 2017 America (sources included!). The parallels of the “better them than us” apathy displayed are striking, so we must do everything we can to take collective responsibility to ensure that we address the harm that has come from the increased hate speech in our society. Though we now have a new president and administration, there are lingering policy decisions from the past 4 years that have severely impacted marginalized people in this country (Trump Administration Civil and Human Rights Rollbacks, The Trump Administration Human Rights Tracker). It is the responsibility of each and every one of us to combat prejudice and division and to contribute to a more equitable and inclusive society. When in the presence of hate speech, it is crucial not to perpetrate, perpetuate, or participate. As Elie Wiesel said, “Neutrality helps the oppressor, never the victim.” If we just stand by because we don’t belong to the group or identity being attacked, our role is not just neutral but actively ignoring something that, unquestioned, may grow into more than hurtful words. 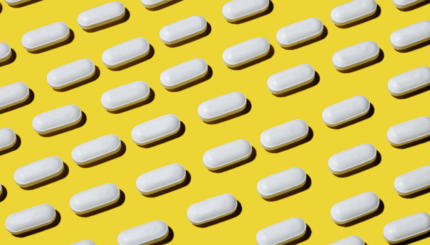 It’s Time to Stop the Stigma Around Medication

Throughout my teens, I have struggled and dealt with anxiety and depression. When my therapist sat me down and recommended ... 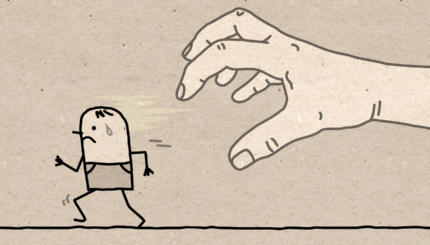 What You Need To Know About Panic Disorder

A sudden experience of fear and anxiety might be part of what’s known as a panic attack. Learn more about what it is and what it feels like. 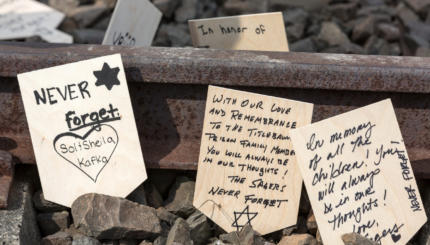 And convince them of the ongoing importance of Holocaust education.