7 Ways to Make Your Summer Camp Better for Trans Campers

What Not To Say To A Trans Person

Summer camp can be an incredibly important experience for teens. For five years starting at age 10, I went to a Jewish sleep-away camp and had great experiences, expanded my comfort zone, underwent serious personal growth and made some great friends. Camp can be amazing for trans and nonbinary teens, but it can also a source of uncertainty.

Each summer I showed up to camp looking different than I had the year before, while most of the girls in my bunk— who I’d known since my first summer there— looked generally the same. The summer after 7th grade, I showed up to camp with a man bun and the sides of my head shaved, wearing a sleeveless button down denim shirt and camouflage shorts. I’m sure I thought this was the height of androgynous fashion. I identified as gender fluid at the time, but was still going by she/her pronouns, so I didn’t bother to come out to anyone. Everyone at camp always called me Ray, so I didn’t have to worry about hearing my birth name. I was only worried about people being jarred by my change in gender expression. I remember being concerned that people wouldn’t recognize me, that they wouldn’t like my “new look,” or that I would have to explain it. I feared being socially isolated from people I had grown used to and enjoyed coexisting with.

Luckily, no one really cared. The camp as a whole emphasized an accepting, loving attitude, which made me feel as though the staff were on my side. The camp also has a rule called “no body talk,” which disallows negative, neutral and positive comments about any person’s body, clothing, or general physical appearance. The goal of the rule was to prevent hurt feelings, fixation on appearance, and to draw our focus away from our looks and more towards the present moment. The fact that people were actively discouraged from thinking or talking about how I looked brought me a lot of comfort.

Another thing that brought me comfort was my choice to remain in a girls bunk, even after I transitioned. The summer after 8th grade, I introduced myself and asked everyone in my bunk (most of whom I already knew) to use he/him pronouns when referring to me. I was nervous, but everyone was chill and it went totally fine.

Even though I was cis-assumed most of the time, people who knew I was trans asked me why I wasn’t in a boys bunk. The answer was that it honestly didn’t occur to me to try to be. I had known most of the girls in my bunk and age group for three or four years at that point, and I felt that they knew and respected me for who I am. I was certainly more comfortable being in a bunk with them than I was with the idea of being in a bunk with a group of presumably cisgender boys, especially given that I had not begun my medical transition. I knew I would have compared myself physically to other boys my age, and I did not feel the desire to enter that space (emotionally or physically). I also knew that trying to get placed in a boys’ bunk would have required a lot of fuss and bureaucracy, and it did not feel worth it.

I also stayed in a girls bunk because I wanted to be with a friend of mine who was also trans. Alex* and I had been in the same bunk every summer since our first year of camp. We both realized we were trans around the same time and talked about it together. It gave me a lot of comfort to be in a bunk with another transmasculine person, so I always requested to be in the same bunk as them. But that summer, I found out that Alex had made an effort to be moved to a boys bunk and had been turned down. Then I learned from another trans male friend that he had registered for camp as male, and was still placed in a girls bunk. My illusion of autonomy was shattered.

I had always assumed that if I became uncomfortable, I could switch bunks or be accommodated in some other way with the support of the camp. I had always thought that I would have been able to be in a boys bunk if I had requested it, which gave me a sense of control. After what I learned, I was left feeling like the camp had only been a comfortable place for me because I did not force them to rethink the policies that negatively impacted trans campers. I had been a palatable, easy-to-deal-with trans person by never requesting to switch bunks, and was rewarded for it while my peers were hit with the harsh reality that we had far less agency than I thought. This information really complicated my feelings about the spaces I occupied. There had been times where I felt as though I was betraying my gender identity by choosing to stay in a girls’ bunk, but the idea that I was in control of the decision made me feel better. I had now lost this comfort, and I felt strangely taken advantage of. My camp’s refusal to let teens bunk in cabins that aligned with their gender identity left me feeling disrespected and powerless. (I learned recently that my summer camp now offers gender neutral bunks.)

Gendered bunks have historically been a very real part of the camp experience, but I want to stress that they are not everything. Camp can be a very positive experience and a safe place for trans kids. At my camp, activities were never separated by gender, so my gender identity wasn’t often at the forefront of my mind. Especially in my last few years at camp, the three bunks in my age group began to form a close bond, so we spent even more time in mixed-gender spaces. And despite my lack of options, my bunk always felt like a safe place and a supportive community. My peers and counselors gendered me correctly the majority of the time, and staff members supported open conversations about gender roles and identity. Though there were things the camp needed to improve, I had a great time at camp every summer, which is why I kept coming back.

Camp Ga’avah, Where LGBTQ Kids Can Be Who They Are » UJA-Federation of New York

Camp Tawonga: In an All-Gender Cabin, Summer Campers ‘Don’t Have to Hide’ – The New York Times

The Summer Camp Society: Our First Summer with a Gender-Expansive Cabin

Camp Indigo Point: Queer camp counselor was told not to come back. So they opened their own camp.

Camp Aranu’tiq (for trans, non-binary, and gender non-conforming kids and their families) 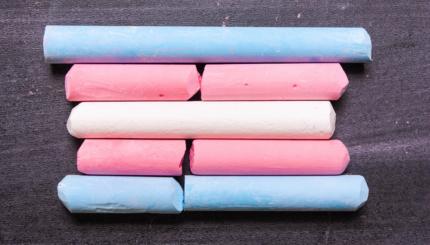 Freshman year of high school can be a big adjustment for any teen. During my freshman year, I was also ... 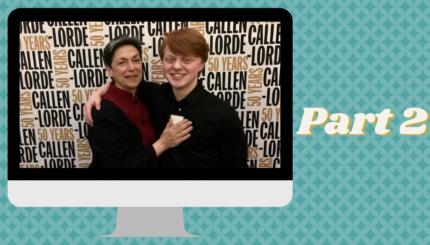 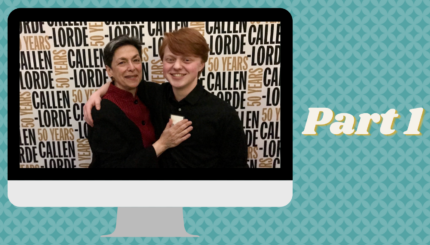