New York may think it invented corned beef, but London begs to differ. Here in London, it’s actually called salt beef, and has been around since Tudor Times (late 1400s to early 1600s). Ironically, back then, it was also called corned beef, which was how they described the crystals of salt used to cure the meat, the size of corn kernels.

So, why is it called salt beef in England now? University of Sussex linguist professor Lynne Murphy writes about salt beef vs. corned beef on her blog, Separated By a Common Language, saying, “The Oxford English Dictionary doesn’t give salt beef its own entry, so there is not much information about the history.” Basically, it remains a mystery how corned beef became salt beef in England, though Murphy guesses it’s called salt beef because “corned beef has negative associations with tinned meat, as it is called in Britain (canned meat in the US).”

Unlike New York, the history of salt beef here is not entirely Jewish, as it started as a way to keep meat before refrigeration, having more to do with the prevalence of cattle in England and Ireland than religion. The first recipe for salted or pickled beef can be found in Robert May’s The Accomplisht Cook, published in 1660. Salt beef evolved to be a food associated with Ashkenazi Jews from Central and Eastern Europe because of their strict dietary laws, where only the toughest meat — the forequarters of the cow AKA the brisket — can be eaten, and must be kashered within 72 hours of slaughter.

But curing and slow cooking didn’t make the brisket merely edible; it turned this tough, cheap cut of beef into something meltingly tender and delicious. Salt beef bars popped up throughout London, but lost popularity during the post-war years when more prosperous times meant diners were more interested in eating finer cuts of meat.

Nonetheless, a few standouts have stood the test of time, and recently salt beef is having a moment in London, with a new wave of Jewish-style delis serving up succulent sandwiches of cured, steamed, or boiled brisket… just don’t ask for corned beef! 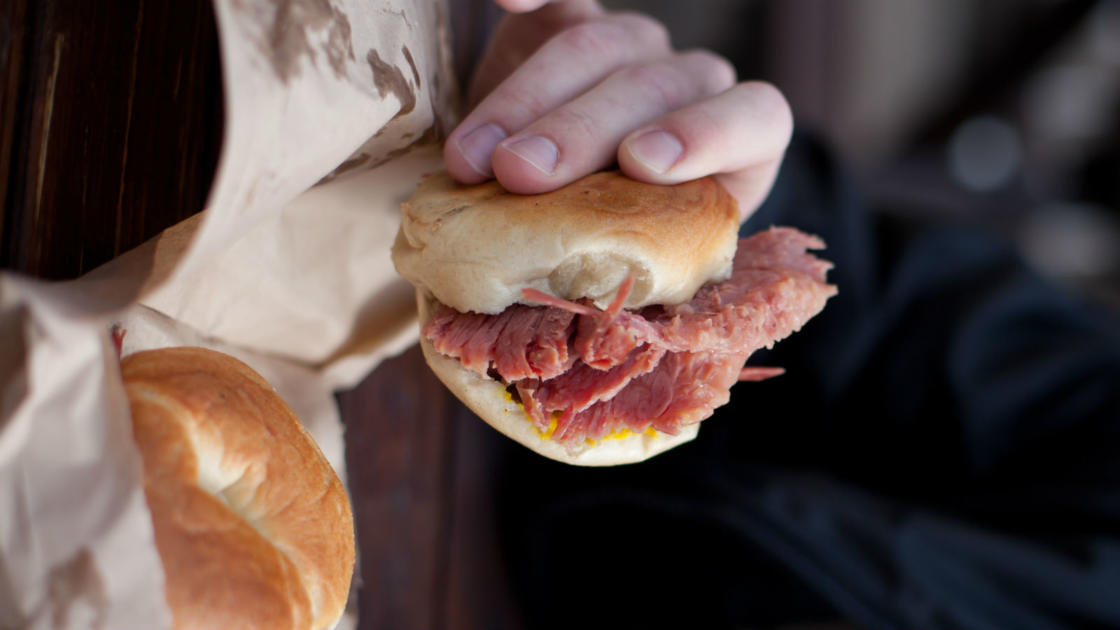 Beigel Bake is London’s best-known salt beef sandwich, as it’s been open 24/7 on Brick Lane since 1974, serving generous portions of glistening salt beef with mustard and pickles in fresh, handmade bagels for the absolute bargain price of £4.50 each. The meat is tender with enough bite to contrast the soft bagel, crispy pickle, and strong mustard. A favorite any time of day or night, expect to wait on line and eat standing at a tiny counter. 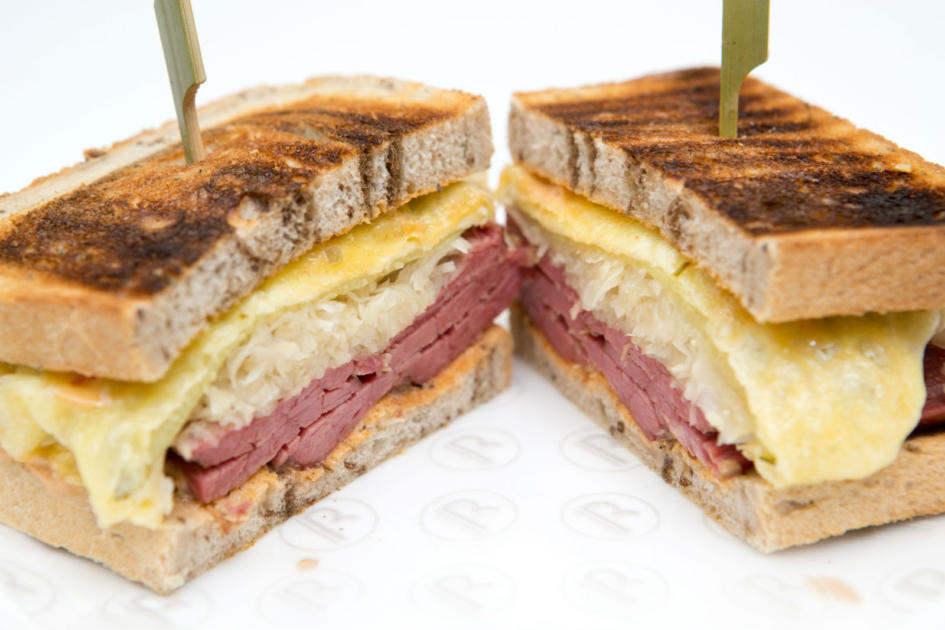 A restaurant that has been part of the Food Hall in the famous Selfridges department store since 1966, the Brass Rail ruffled a few feathers when they revamped the space three years ago, just ahead of their 50th birthday. Why? They changed the ordering system and the menu. But if you’ve never been before, you won’t care. The meat is as tasty as ever, best served on rye bread with a pickle, though you do have a choice of onion bialy with Swiss cheese and relish, or as the classic Reuben sandwich.

The Flavor Bomb: The Good Egg, in Soho and Stoke Newington 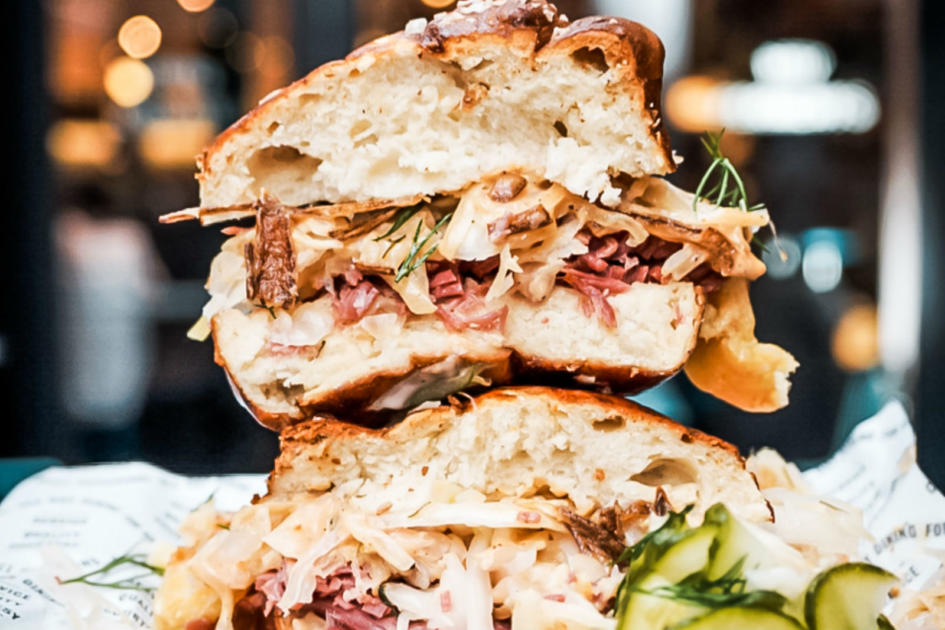 Started by three friends as a food cart in 2013, The Good Egg has grown into two permanent locations, serving the best mix of Israeli and Jewish deli food in London. The salt beef here comes in a Rueben with smoked cheddar, crispy onions, kraut, Russian dressing, and pickles on a pleasingly chewy pretzel challah, and you can even add a fried egg. Boom.

The Full Jewish: Monty’s in Hoxton, Spitalfields, and Victoria

Monty’s does it all in-house and by hand: They bake their own bagels and rye bread, cure and smoke all their meat, and even make their own pickles and mustard. Who makes mustard?? Owner and chef Mark Ogus is the kind of overachiever we love. Here you can feast on generous portions of excellent salt beef and pastrami, served on the bread of your choice, in a Rueben or with eggs. Plus, you can round out with other homemade Jewish faves like smoked salmon, latkes, and chopped liver.