Every legendary hero has an origin story, a moment in their lifetime that catalyzed their greatness. For Supreme Court Justice Ruth Bader Ginsburg, it was being dragged to Russ & Daughters on the Lower East Side.

It’s not that little Notorious RBG didn’t like the pickled herring, bagels, and lox at the iconic Jewish appetizing shop that’s been a New York staple since 1914, she just didn’t want to travel around lower Manhattan on trips with her family, according to Quartz. But after leaving Russia to join other immigrant Jewish families in New York, it was important to Ginsburg’s parents that their daughter stayed connected to her roots. While the majority of Russian Jewish immigrants resided in the Lower East Side, RBG lived in Brooklyn, so every once in a while she was forced to travel boroughs for the sake of family and tradition.

It’s a good thing Ginsburg’s parents made the future Supreme Court Justice haul her tuchus to Russ & Daughters, because it was at the restaurant where she saw something that influenced her future: the signage. Little Ruth was so impressed by the feminist name Russ & Daughters because it was the first time she saw a business that was proud to be passed down to daughters. At the time, in the 1930s, restaurants usually took on the name “and sons,” but since the owner Joel Russ only had daughters, the choice was clear.

According to Quartz, seeing that feminist sign was a pivotal moment that most likely shaped RBG’s career fighting for gender equality. But it wasn’t actually Russ’ intent to be a man so ahead of his time. He just needed his business to survive and stay in the family. If he had a son, Russ & Daughters wouldn’t have shown Ginsburg at a very young age — before she knew what feminism even was — that women can achieve anything men can.

We’re so proud of our friend Julie Cohen, director of @rbgmovie, nominated for an Oscar for Best Documentary! We’re thrilled to have introduced Julie to Justice Ginsburg when she was making ”The Sturgeon Queens” documentary about Russ & Daughters. We’ll be cheering them on (along with co-director Betsy West) at @TheAcademy Awards tonight!

Since Ginsburg’s childhood, both Russ & Daughters and the Supreme Court Justice have solidified their names as Jewish American icons. The appetizing shop expanded with three more bustling locations, and Ginsburg, well, she became one of the most legendary Jewish women in American history thanks to her tireless fight for equality.

And the Jewish deli and RBG’s relationship didn’t stop there. In 2013, filmmaker Julie Cohen ventured to the Supreme Court to interview Ginsburg about her childhood memories at Russ & Daughters for The Sturgeon Queens, a movie about the appetizing shop. Despite being in the middle of making a decision on voting rights and same-sex marriage, Ginsburg was persuaded by the bagels — poppyseed is her favorite — that Cohen brought, so she agreed to an interview, proving once again the influential power of Jewish food. 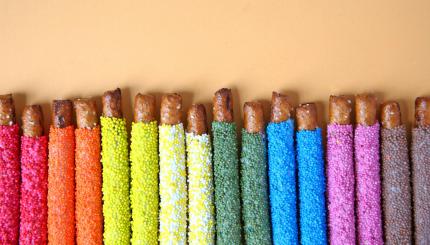 Plus, they all ship nationwide! 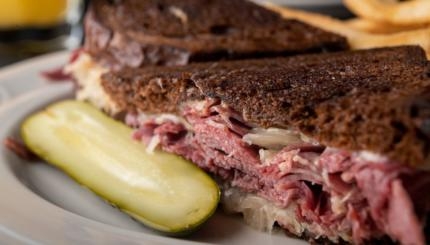 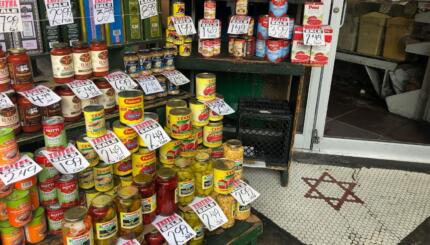