There is a new Jewish deli on the block in Denver’s growing Jewish food scene, located in what is known to locals as the Golden Triangle. From unexpected menu items to a refreshing approach to payroll, Leven is challenging the delicatessen archetype, and costumers are loving it.

Since they first appeared on the scene in the late 1800s, Jewish delis have stayed pretty much the same. For many deli lovers, the restaurants’ culinary stasis is part of the appeal — providing reliability and comfort. If you’re in a new town and craving a pastrami on rye with a decent half-sour, the local deli might not blow you away, but you know they will scratch that itch on the hard-to-reach place in the back of your palate.

Of course, delis’ unchanging menus provide more than just reliability. Like smoked meats, pickled vegetables, and cured fish, deli mainstays provide singular epicurean experiences too important to the Ashkenazi appetite for them to be left to languish in the past. But, as the food world grows and changes, it’s only reasonable for delis to do the same, providing they are in good hands. 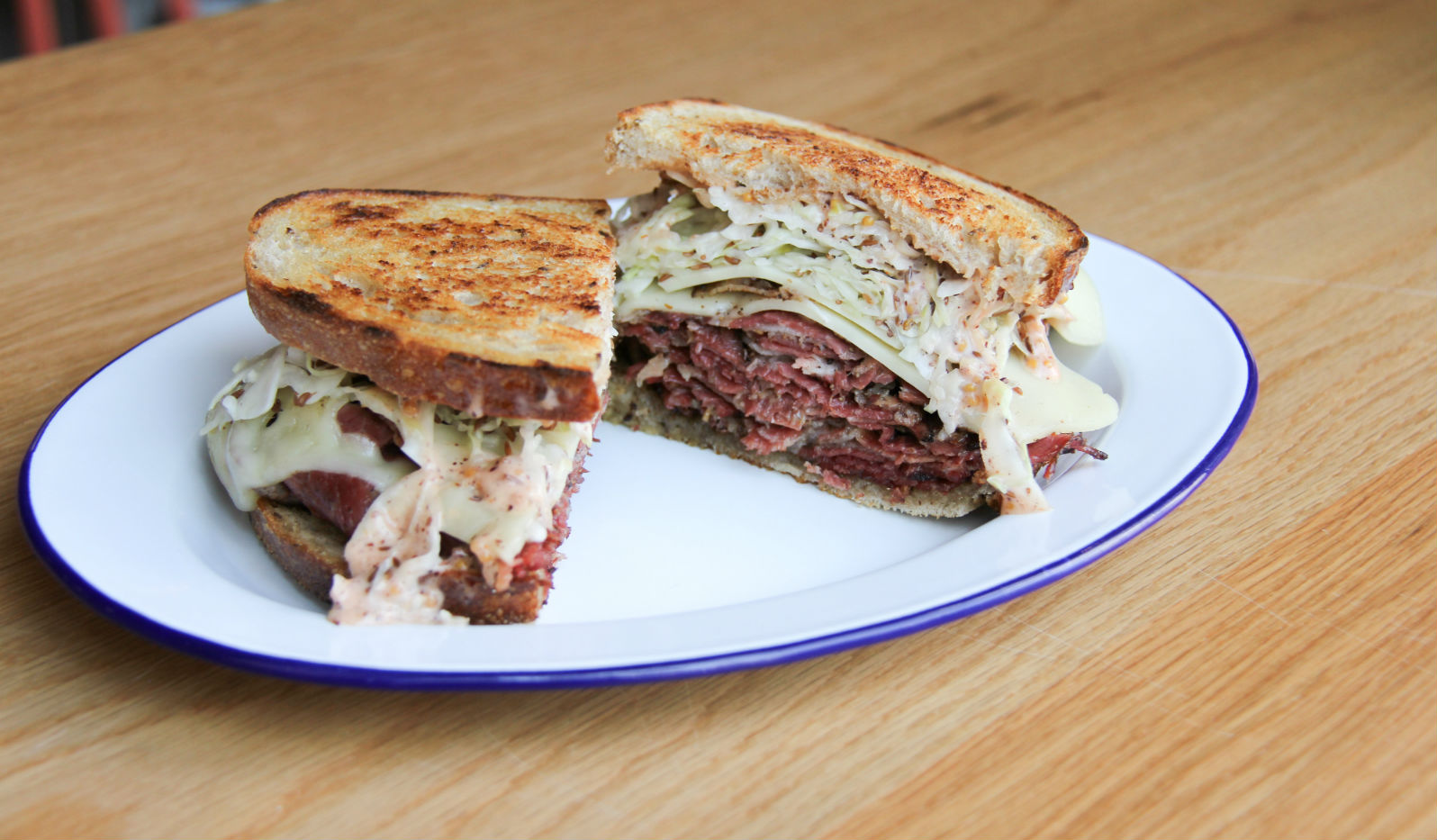 That’s where Leven comes in. Co-owners Anthony Lygizos and Luke Hendricks have created a restaurant that honors Jewish deli tradition while showcasing their rich fine-dining experience and unique backgrounds and a bit of Greek-Mediterranean flare as well.

Jewish on one side and Greek on the other, Anthony Lygizos has the culinary influences of his Bubbie and Yaya (he jokes that he identifies more with the deli side than the diner side). Lygizos wanted to bring Denver an updated version of the Jewish, working-class, neighborhood delis he loved in Chicago, where he grew up. And he was pleasantly surprised to learn that his long-time coworker, Luke Hendricks, wanted the same thing.

Hendricks grew up in Colorado Springs, far from any Jews or their delis. On a spiritual quest a few years ago, Hendricks and his family discovered the joys of Shabbat and other parts of the Jewish experience; they decided to convert. When Lygizos asked Hendricks how he felt about opening a Jewish deli, Hendricks said, “I’d love to, I’m Jewish now!”

Leven aces Ashkenazi classics like delicious pastrami and sour, salty, crunchy pickles (both, like most things Leven does, are made in-house) while exploring exciting, new dishes that are firmly within Jewish deli territory. They offer a menu that features deli must-haves like a Rueben or smoked turkey on rye, but Lygizos and Hendricks also developed items that follow what would have been deli foods’ trajectory, had they evolved with the times. The smoked salmon salad is a perfect example of this phenomenon: think a tuna salad, but with marinated cucumbers and radishes instead of celery and lox instead of canned tuna (I know, right?!). The smashed chickpea sandwich tastes perfectly Jewish, but in a post-1948 kind of way: marinated chickpeas, tahini-yogurt, avocado, pickled onion, and shaved radish on sourdough flatbread. And the Greek counterpart to their classic reuben is a Greek-inspired chicken sandwich with feta and herbed yogurt; there’s also a “dip, spread and shmear it” platter which features a smoky paprika dip, yogurt cheese and feta dip for noshing. 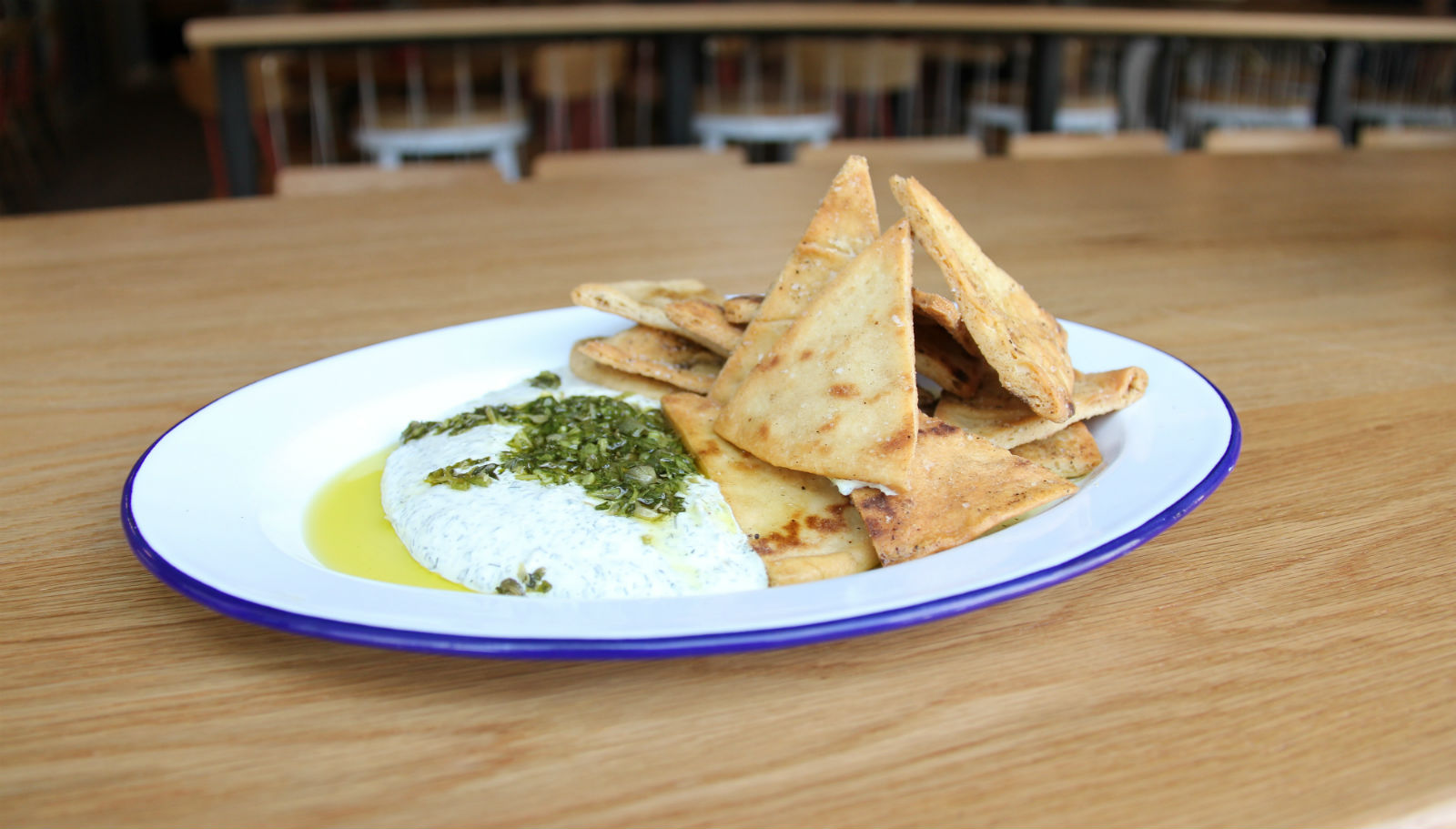 For Leven, being a deli is more than just great food; tikkun olam, or healing the world, is part of their business model. Leven employees officially make $10.20/hr, but are guaranteed at least $15/hr. This means that if $10.20/hr + tips doesn’t equal $15/hr, Leven will pay the difference. And it doesn’t end there. As their business grows, Leven hopes to see their employees making $20/hr. “In Denver you can live on $15/hr,” says Lygizos, “but on $20/hr you can thrive.” At Leven nothing is hidden; they have an “open book management” policy. Lygizos and Hendricks, both industry veterans, know how to show appreciation for their employees, and they intend to keep their team around for the long haul.

Leven is as tasty as they are inspirational — they even have a full bar and a cycle-thru to-go window. So do yourself a favor, hop on your bike and ride down to the Golden Triangle for a sandwich made by some of the best folks in town.