When you think of Jewish alcohol, Manischewitz (for better or worse) probably comes to mind. But slivovitz — a liquor with a forceful flavor and formidable strength — is arguably the Hebrew hooch.

Slivovitz, whose name is derived from the slavic word sliv for “damson plum,” is made by fermenting plums, distilling the mash to 80-100 proof alcohol, then aging the resulting liqueur for up to 10 years in oak barrels. Slivovitz is largely produced in Central and Eastern Europe, where different countries create their own variants. In the Czech Republic, for example, slivovitz (in Czech, slivovice) is considered the national drink of the region of Moravia and is served at room temperature in small shot glasses known as a panák. In Bulgaria, slivovitz holds special religious importance having been distilled for nearly seven centuries by members of Troyan Monastery. The monks’ special blend is made from Madzharkini plums, a variety that grows only in the Troyan region and is distinctive for its easily extracted pits.

Although grains are introduced during some forms of the slivovitz fermentation process, some distillers decided to forgo this step as a means of ensuring the liqueur was kosher. This gesture rendered slivovitz initially attractive to Jews during Passover, specifically Seder dinners that traditionally called for the consumption of up to four glasses of wine. Unfortunately, local wines were often made alongside other spirits under non-kosher conditions and thus were unacceptable. And because, as Dr. Glenn Dynner, professor of Jewish studies at Sarah Lawrence College, points out, imported kosher wine was often prohibitively expensive and of limited availability, Jews gravitated toward slivovitz on such celebratory occasions.

But its kashrut status alone is an insufficient reason why slivovitz is considered particularly, or even especially, Jewish. According to University of Pittsburgh professor and slivovitz historian, Dr. Martin Votruba, “Jews would acquire this local drink after moving into European kingdoms. They would simply pick it up as part of the culture.” It seems, however, their relationship with slivovitz became more purposeful during the 1800s in what is now Poland. Because they were considered relatively temperate compared to their countrymen, Jews were charged with operating drinking halls and taverns, and thus began to monopolize the liquor business, much of which revolved around slivovitz.

Another explanation as to why slivovitz holds a special place in the Jewish cultural imaginary is its strong anecdotal association with Jewish men of an older generation. In the 1990 film “Avalon,” which chronicles the trials and tribulations of a Polish Jewish immigrant family at the turn of the 20th century, brothers Sam and Gabriel reminisce about their father:

“He never drank water. And oh, boy, could he drink! What was that stuff called he always used to drink?’ ‘Slivovitz. Slivovitz. He used to call it, ‘Block and fall.’ You have one drink of that, you walk one block and you fall!”

Similarly, food writer Jordan Hoffman recalls his father describing how a swig of slivovitz (which they called ‘Shleeve-O-Wits’) by Hoffman’s grandfather signaled the breaking the Yom Kippur fast:

“… they’d peer out of the apartment window, waiting to spot him walking back from the synagogue. He’d take his sweet time, pull off his coat and hat, open a rarely used cabinet, blow the dust off an old bottle, take a sip of something, make a face, then announce that everyone could eat.”

As evinced by both accounts, slivovitz is not for the faint of heart and for some years, the caustic, bitter spirit fell out of favor. There are signs that slivovitz is slowly becoming back en vogue: restaurants, including New York’s renowned Kafana, serve slivovitz and a handful of distillers, such as Stone Barn Brandy Works, are producing their own new-fangled versions. And fans of the enormously popular series “Homeland” will attest that it’s the drink of choice for the character of Senator Andrew Lockhart.

Slivovitz’ nostalgic appeal combined with the introduction of new, more palatable varieties means it has some real so-old-school-it’s-cool potential. And who knows — the coming year may have us all slugging slivovitz slingers rather than espresso martinis. 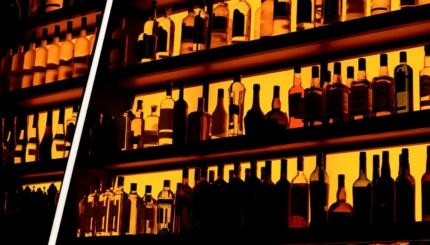 The Forgotten History of Jews in the Alcohol Industry

Jews around the world played an integral role in whiskey, wine, and more. 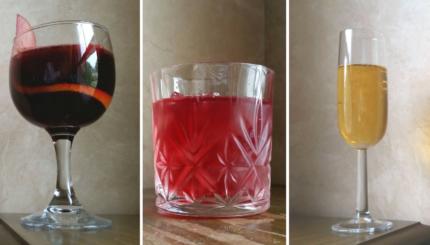 3 Sweet and Simple Cocktails for the New Year

You don't have to be a master mixologist to make these perfect drinks. 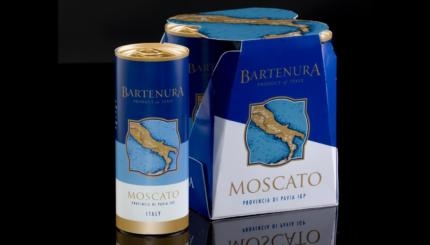 The First Kosher Wine in a Can Has Arrived

And it's just in time for summer.