While cheesecake may seem as American as, well, apple pie — and as Jewish as the New York deli — the truth is that cheesecake has been around for nearly 3,000 years and has traveled the world in many different forms, from savory to sweet, pie and pancake to pastry, tart to mousse.

Cheesecake’s roots are in the ancient world, where it was fed to athletes at the first Olympic games in 776 BCE to boost their energy for the competition. That might also explain why it became a wedding cake for the wealthy Greeks, who may have thought it would boost their energy in other arenas as well… Fast forward a couple thousand years and halfway around the world, and there’s Bill Clinton. To celebrate his 1993 inauguration, the public was served pieces from a 2,000-pound, red, white, and blue cheesecake.

How did that happen? Thanks to the Roman Empire, cheesecake spread from upper class citizens and athletes to the masses so that by the time of Julius Caesar, his subjects were offering their gods a baked version called libum. The recipe as recorded by Cato in a 2nd century BCE farming book included cheese, cornmeal, flour, and an egg beaten together and baked “slowly on a hot hearth stone under a dish.” The result was savory and probably lumpier than more modern versions.

There is some debate as to when Jews were introduced to cheesecake, either in Greek-occupied ancient Palestine, where cream was left hanging in skins to thicken by draining the water out (similar to turning yogurt into labneh), or by the Romans a century or two later. The important thing is, Jews took to cheesecake, and both made it to what is now modern Europe and beyond, where everyone adapted cheesecake to local tastes and ingredients.

We know a lot about various forms of cakes, tarts, pies, and pastries using cheese curd in the 13th to the 17th centuries from recipes in cookbooks. In Central and Northern Europe, it was often a sweet tart made with a larger-curd, tangier cheese called quark. A fresh, mild soft cheese, quark could be described as mascarpone mixed with sour cream. 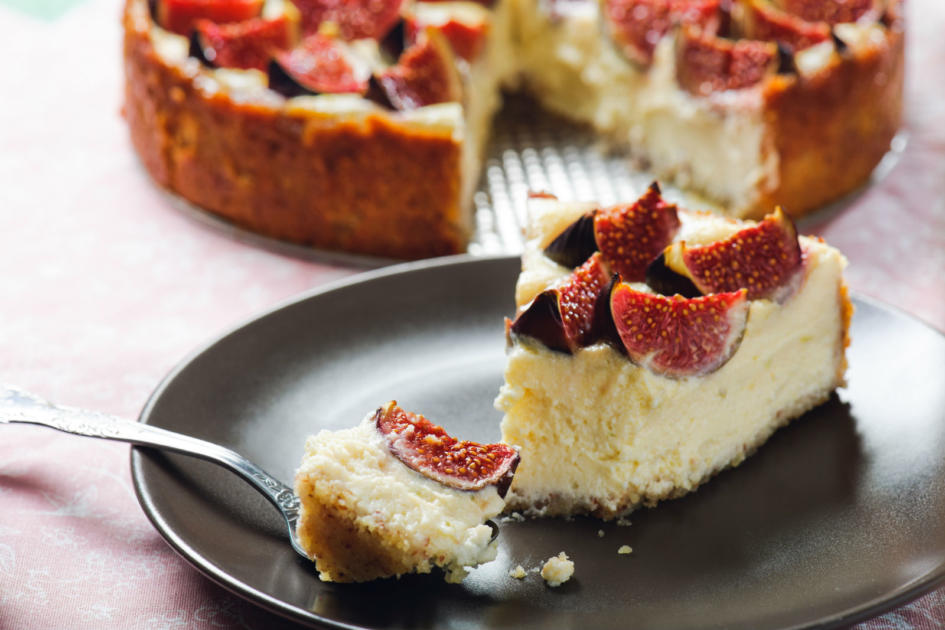 Italian recipes combined ricotta (usually sheep’s milk) with polenta and almonds, and sometimes lemon or rum as well, to create a more pudding-like, sweet budino di ricotta, directly descended from the ancient Romans. This creation has been served for centuries at Easter and is now part of Shavuot celebrations for Italian Jews.

By the 18th century, recipes became more thick custards of cream and eggs, flavored with lemon or citron peel, rosewater, and spices like cinnamon. From colonial manuscripts, we know that the English and other European colonists brought their versions to North America.

But it was the Jewish immigrants from southern and eastern Europe who came to the U.S. in the late 19th and early 20th centuries who really created today’s popular cheesecake culture. New York delis Reuben’s and Lindy’s feuded about which was the originator of the classic New York style cheesecake. Sometimes called Jewish style, this is the cheesecake most popular today: cream cheese, sour cream, eggs, vanilla, and sugar, baked in a crumb dough. In the past, a sponge-cake crust was also popular. Cream cheese and toppings of fresh fruit or fruit in a sweetened syrup are American creations as well.

Today, the U.S. has more cheesecake recipes and varieties than anyplace else in the world. For me, though, after all the many, many recipes for cheesecake, my go-to is an easy, less sweet cheesecake pie, close in taste and consistency to the kind German Jewish immigrants brought to America.

My recipe is a hybrid of American and German versions using farmer’s cheese for some curd mixed with cream cheese. Hold the sour cream and use a little yogurt instead for that little extra bit of tang. A graham cracker or cookie crust adds a modern twist. To be more authentic, use a dough pie crust, especially one with yeast. Many of the cheesecakes throughout the centuries used dried fruit, so I like that in this version. But I admit that in summer, I sometimes substitute with fresh blueberries.

Considering how far cheesecake has wandered before finding stardom in this country, it seems yet another reason to enjoy, especially at Shavuot. 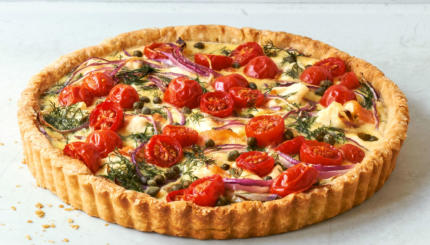 A breakfast tart inspired by brunch at Russ & Daughters. 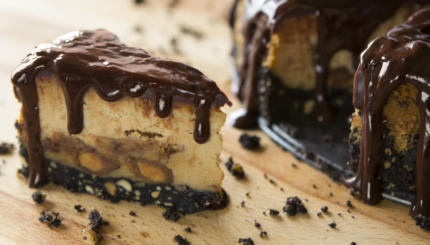 Shavuot is the time of year when Jews have the chance to get all crazy with their dairy consumption.