5 Hot Israeli Drinks to Get You Through Winter

Walk into just about any Israeli gas station minimart and you can buy a coffee. Not some self-serve cup from an overheated pot of drip: I’m talking freshly brewed cappuccino, from yes, a gas station. Perhaps stranger to understand is that some Israelis come in, see that quality coffee, and order an instant coffee instead. But we will get to that later.

Israelis’ passion for coffee is understandable, considering that coffee drinking began in the Middle East about 600 years ago. Though the tree is indigenous to Ethiopia, it was Yemenite Sufi mystics who were the first to brew a drink from the beans. It then spread around the Arab world, reaching the Ottoman Empire in the 16th century. The Turks first turned coffee into an in-demand commodity, also changing the way it was prepared. Ground finely and mixed with water, it was then boiled repeatedly to form a frothy topping.

Since Israel is within the former Ottoman territory, Turkish-style coffee remains popular here.

So how did we end up with gas station espressos?

The first move away from Turkish or Arab-style coffee in Israel came in the 1920s and ‘30s. A new wave of immigrants loved the coffeehouse culture of their native cities in Austria and Germany, and tried to recreate it in Israel. Soon, they opened hundreds of new cafes in Tel Aviv and Jerusalem, largely serving filter coffee, taken with milk. As in Vienna, these became hubs for the burgeoning Israeli cultural and literary scene.

After the 1948 establishment of Israel, millions of new immigrants flooded the country. Without sufficient economic infrastructure, Israel entered an austerity period known as the Tzena, and food rationing limited the available coffee. In addition to drinking substitutes, such as chicory, many chased the newest coffee trend.

Instant coffee was booming in popularity around the world at the time. In 1956, the Elite company opened a factory in Safed specifically to produce it. Though its official name is namess (Hebrew for “melts”) everyone in Israel calls it by the generic term nes, which means “miracle.” No, Israelis weren’t so simpleminded as to think instant coffee was a divine invention. They merely shortened the name of the most recognized worldwide instant coffee brand: Nescafé. Both the nickname, and Israelis’ rapid adoption of the drink, highlighted the country’s love affair with all things foreign.

The Tzena also changed how Israelis drank their coffee. The frugal attitude it bred may largely explain why people order a nes, even when espresso is available. It’s as if they’re saying, “I’m a simple person. I don’t need fancy coffee.” Israelis are also allergic to being taken for “freiers,” or suckers, and prove it by ordering a six-shekel nes instead of a 10-shekel espresso.

Coffee also highlighted a cultural split in Israeli society. Instant was largely adopted by Euro-oriented Ashkenazim, while Jews of North Africa and the Middle East stuck with Arab-style coffee. In a country dominated during its first decades by an Ashkenazi elite, “Arab” coffee became an assertion of Sephardic and Mizrachi ethnic pride.

But their coffee, too, became more “simple.” In a post-independence, pre-cappuccino era, you could go to an Israeli cafe and order a botz, or “mud”: ground coffee mixed with boiling water,  leaving an undrinkable sludge at the bottom of a bitter brew.

In the 1960s, America’s hippie movement was paralleled in Israel by “the espresso generation.” For the country’s elders, the newfound popularity of espresso was a symbol of a younger generation they considered overly pampered. Ironically, the term was misplaced; Espresso failed to catch on at first, and wouldn’t be seen again in Israel until decades later.

Menachem Begin’s election in 1977 moved Israel away from its socialist founding ethos and led to an economic revolution in Israel. Consumer culture grew, along with increased international travel and more worldly tastes. The ‘80s brought hyper-inflation, but Israel’s yuppies thrived, fueled by the dominating comeback of espresso. Once the economy recovered, the ‘90s brought a swell of coffeehouse chains. The first Aroma Espresso Bar opened in 1994, followed quickly by Arcaffe, Café Joe and Café Hillel. All still operate shops across the country.

The current “espresso generation” also enjoys its own drink (sort of): cafe hafuch, or “upside down coffee.” Essentially a cappuccino, hafuch reverses the ingredients’ order: The barista  puts steamed milk into the cup before the espresso. I can’t tell the difference, though some swear by it. While Israelis love to mimic foreign ways, they also take ownership and say “we know better.”

The 2000s introduced the specialty coffee movement. As with craft beers, this fashion reached Israel a decade or two after its U.S. genesis. Numerous small roasteries produce their espresso-based drinks from artisanal single-origin coffees. In fact, Starbucks opened their first store in Israel in 2001, but they failed, closing just two years later.

Israel’s relationship with coffee is a unique part of its history and one that will surely continue to evolve with global trends. And to me, yes, there is no coffee quite like here in Israel whether it’s a simple Nes or a proper café hafuch. 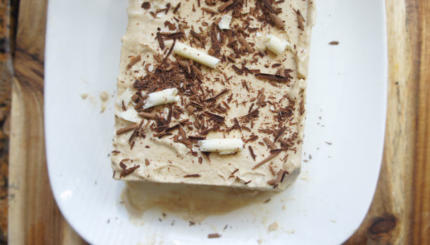 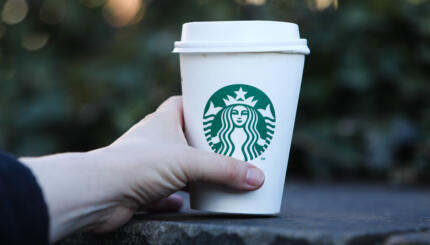 The new apple crisp macchiato is a fall favorite. 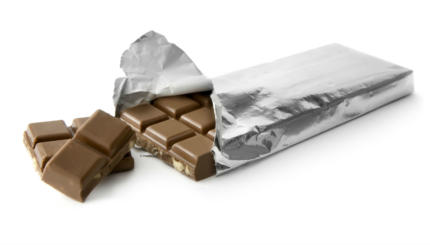