When “Everything Bagel Seasoning” was named an official buzzword by food trend forecasters earlier this year, we were thrilled, but not that surprised. For the past few years, everything bagel seasoning has definitely cropped up in unexpected places right here on the Nosher–everything bagel latkes, anyone?–and we’ve been taking note.

But recently, we have seen a far more mainstream scattering of this oniony and crunchy topping.

Most kvelled-about, perhaps, is NYC’s Donut Project’s Everything Donut. Dipped in cream cheese glaze and generously topped with their very own blend of sesame seeds, poppy seeds, and onion and garlic flakes, this breakfast has effortlessly captivated the hearts of bagel and donut lovers alike. It made its debut in February, and has since been New York’s favorite Jewish food mashup. Just when the doors to the rainbow bagel shop closed shut on February 17, the doors to the everything donut suddenly opened, on the 23.

“Our idea is to straddle that fence between the salty and the sweet and this was one that definitely does that.” Owners Troy Neal and Leslie Polizzotto told the Gothamist.

This salty blend of seasonings has definitely been catching on, and the public is ready to eat it on, well, everything!

Want to make your own blend? In January, Chef Steps, the online cooking resource that features stunning videography and recipes, released a recipe and video for Amazingly Chewy Everything Bagels from Scratch. Sit back and relax to the soothing cascade of poppy seeds, onion flakes, and sea salt flakes, crunching together when mixed by hand (specifically at the 2:20 mark). 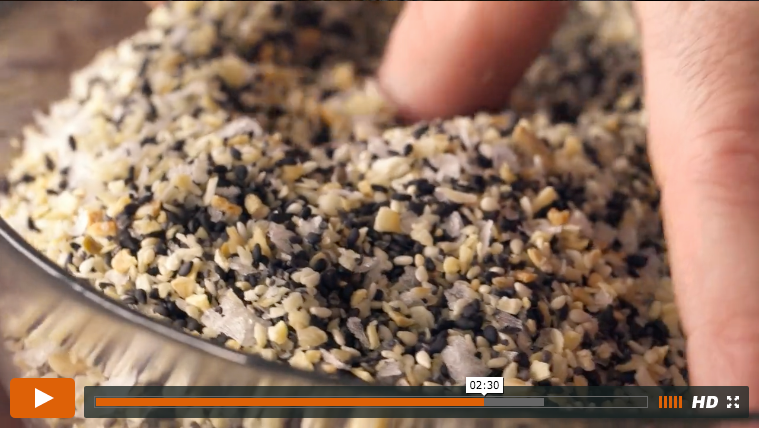 So go ahead. Dig your fingers into some everything spice blend, and put it on pizza, toast, hummus, eggs, and anything else you think would benefit (but really, what wouldn’t?).

Here are some more ways you can go crazy with everything bagel spice mix: 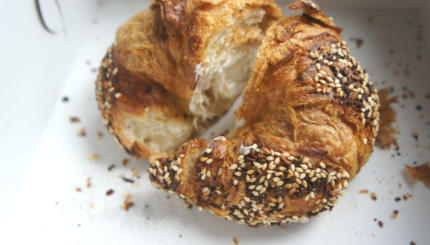 This Cream Cheese-Filled Everything Croissant is EVERYTHING

We already know that everything is coming up…with everything seasoning these days.But I saw a photo recently on Instagram that I ... 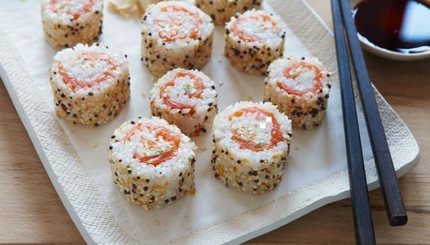 Everything Bagel Sushi for a Japanese Jewish Mash-up 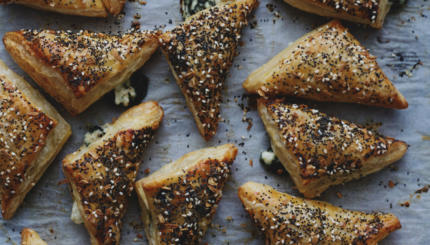