All of these cannabis-infused Jewish classics and more can be found in The 420 Gourmet: The Elevated Art of Cannabis Cuisine, which hit the shelves in June. The recipes feature fresh produce and seasonal ingredients, fitting right in with other contemporary cookbooks, and drawing on Mediterranean and Mexican flavors.

According to The Forward, cookbook author “JeffThe420Chef” (he doesn’t reveal his real name) rose to fame in San Fransisco last year when he catered his first “Pot Shabbat.” His menu featured fresh vegetables and bright flavors like tamarind brussels sprouts and cannabis oil-infused matzah balls.

Jeff was raised in an Orthodox home, and grew up eating plenty of Ashkenazi classics. He got his start while experimenting with ways to make “tasteless” cannabis-infused oils and butters, which are the foundation for the recipes in his cookbook. His goal, then and now, is to help people cook healthy, medicinal meals with marijuana.

Aside from marijuana-laced challah and gefilte fish, he experiments with Middle Eastern-inspired dishes like Spinach and Feta Cana-Borekas, Cana-Lamb Tagine with Cilantro and Mint, Canna-Ganoush, and Candied Eggplant “Bacon.”

Here are a few more Jewish classics from his website: 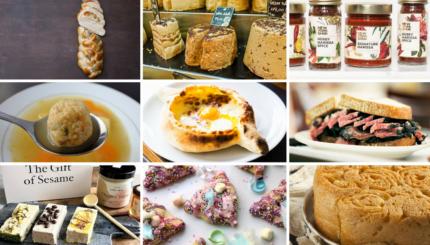 All our favorite delicious things in 2017. 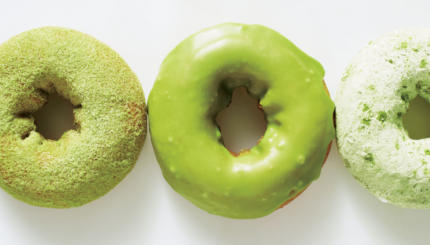 Photo from Bon ApetitMatcha green tea is all the rage here in NYC, and I’m guessing it’s catching on wherever ... 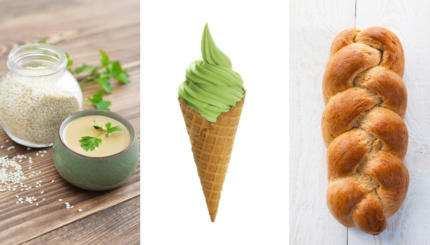 The Jewish Food Trends You’ll Be Seeing In 2019

Get ready for carbs and comfort food in the coming year.