5 Jewish Sandwiches that Everyone at Work Will Envy

In case you missed it, MSNBC announced last night that Bernie Sandwiches won the New Hampshire primaries. This delightful stumble is providing Jewish foodies and deli-aficionados everywhere with a different kind of debate: what would a Bernie Sandwich look like?

Considering his Brooklyn upbringing and Vermont political background, the Bernie Sandwich could go in so many delicious directions. But don’t worry–since Bernie wants debt-free sandwiches for everyone, we’ll include affordable, sustainable options for both meat eaters and vegetarians alike.

If you’re going the NYC deli route, start with a base of Levi’s Real Jewish Rye bread, a classic and affordable loaf that everyone can enjoy. Add a slice of melted Vermont cheddar, and a generous (but still reasonable!) portion of corned beef or pastrami. Last but not least, top with quick pickled radishes (made from scratch the night before) or apple-cabbage sauerkraut.

If we’re building a vegetarian Bernie Sandwich, we’ll use a whole wheat everything bagel, whose toppings celebrate the diversity of flavors who immigrated to this bagel, and whose rights he’ll support. Add a schmear of hummus to represent his time spent in an Israeli kibbutz. Top with slices of roasted beets or eggplant, and don’t forget massaged kale! Last, but not least, add the horseradish mustard to help you consider the suffering of those without sandwiches.

What’s on your Bernie Sandwich? Share your ideas by tagging them with #Noshthis @jewishfood. 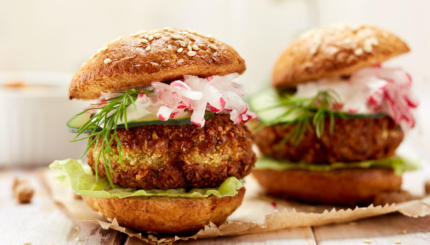 The Ultimate Ranking of Jewish Sandwiches

From pastrami on rye to sabich, they're all delicious. 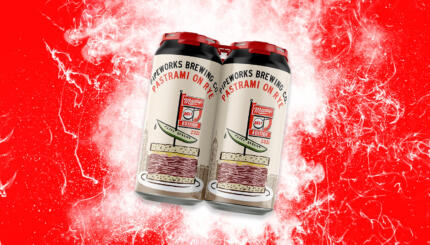 Would You Try a Pastrami and Rye Flavored Beer?

This beer pays due respect to the pastrami sandwich.