Believe it or not, comedian Amy Schumer has earned herself a new title — master chef.

Making the most of being self-isolated in Martha’s Vineyard with her family, the Jewish celebrity has simply outdone herself with the latest Schumer venture: a cooking show with her husband Chris Fischer.

According to a recent interview with Howard Stern, The Food Network approached the couple about doing the show from home with Fischer, who is a chef. Part of the couple’s agreement is that The Food Network would donate $50,000 to charity as part of their compensation. As if we couldn’t love her anymore, add “super mensch” to her bio please.

Schumer brings the comedy while her husband Fischer brings the cooking expertise. Filmed with the help of their nanny Jane — “full-time student, part-time nanny” — the A-list couple kicked off the show in the most Jewish way possible — with latkes.

In honor of her “Jewish heritage,” in the first episode of Amy Schumer Learns to Cook, Fischer teaches his wife how to make latkes, poached eggs, and fennel salad (this instantly becomes a running gag because while Schumer abhors fennel, her husband is obsessed with it).

“Part of this show is representing underrepresented vegetables, like fennel,” Fischer says.

“There’s a lot of other causes out there that, maybe, need attention before fennel,” Schumer quipped back.

Passing on the tradition as Jews do, the show gives an adorable backstage pass to a family breakfast with the couple’s son, Gene. Sitting at the table with their baby trying his first latke reminded Schumer of “being in Hebrew school with curly bangs.”

Come for the cooking tips and Schumer’s comedy, but stay for the Jewess’ anecdotes, like when she revealed she had her bat mitzvah at Medieval Times. 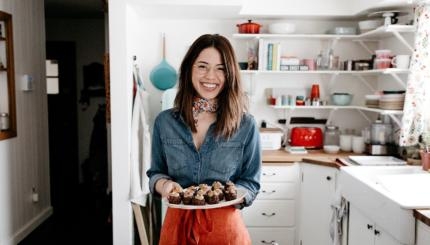 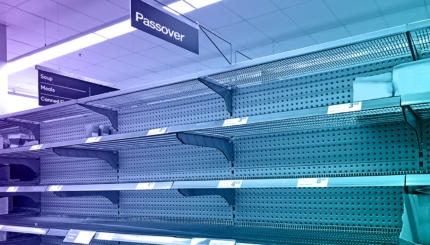 How to Cook for Passover During the Coronavirus Crisis

Resources and recipes for Passover prepping and cooking.