Professor Sarah Stein has spent a decade seeking out people who experienced fascist rule in Vichy-controlled Algeria, Morocco, and Tunisia, Nazi-controlled Tunisia, and Italian-fascist Libya. The diversity and eloquence of their accounts is staggering: theirs are the voices of oracles, critics, resistance fighters, soldiers, narrators, translators, philanthropists, and religious leaders of all genders, races, classes, countries of origin, and religious backgrounds. Join the Museum for a talk in which Professor Stein will survey the historical landscape of World War Two era North Africa. Explore histories of race laws, internment forced labor, deportation, and the everyday experiences of the region’s Jewish people. 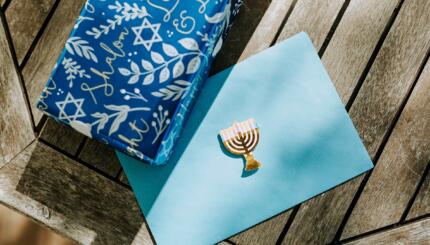 Holiday gift inspiration for Jews by choice or those who have joined a Jewish family.