Join the Museum of Jewish Heritage and our tour guide, Stephan, as we travel back in time to learn about Amsterdam’s Jewish history on this live, virtual walking.

Stephan will explore the city’s historic Jewish Quarter, explaining how Amsterdam became a safe haven for Jews fleeing southern and eastern Europe starting in the 16th century, and why 10% of its population was Jewish at the onset of the Holocaust.

The tour will include stops at the two Amsterdam synagogues and its famed Jewish memorial. We’ll also see the city’s oldest park, and the Hortus Botanicus—a botanical garden established in 1638—and our guide’s favorite street in Amsterdam. Discover history as we walk along the canals.

Registration is $18 for Museum members or $36 for the general public. If you’re not a member, join today. If you’re already a member, log in and the member discount will be reflected in your cart.

Where do Jews come from? 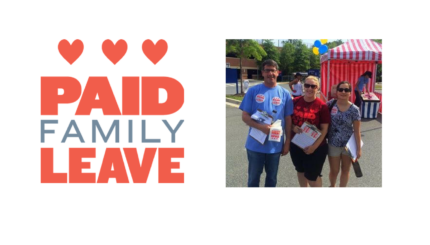 The D.C. Council recently passed a historic paid family and medical leave bill, on which our friends at Jews United ...