Virtual Jewish Majorca: Part One – Connections to the Past – Medieval Majorca and Crypto-Judaism 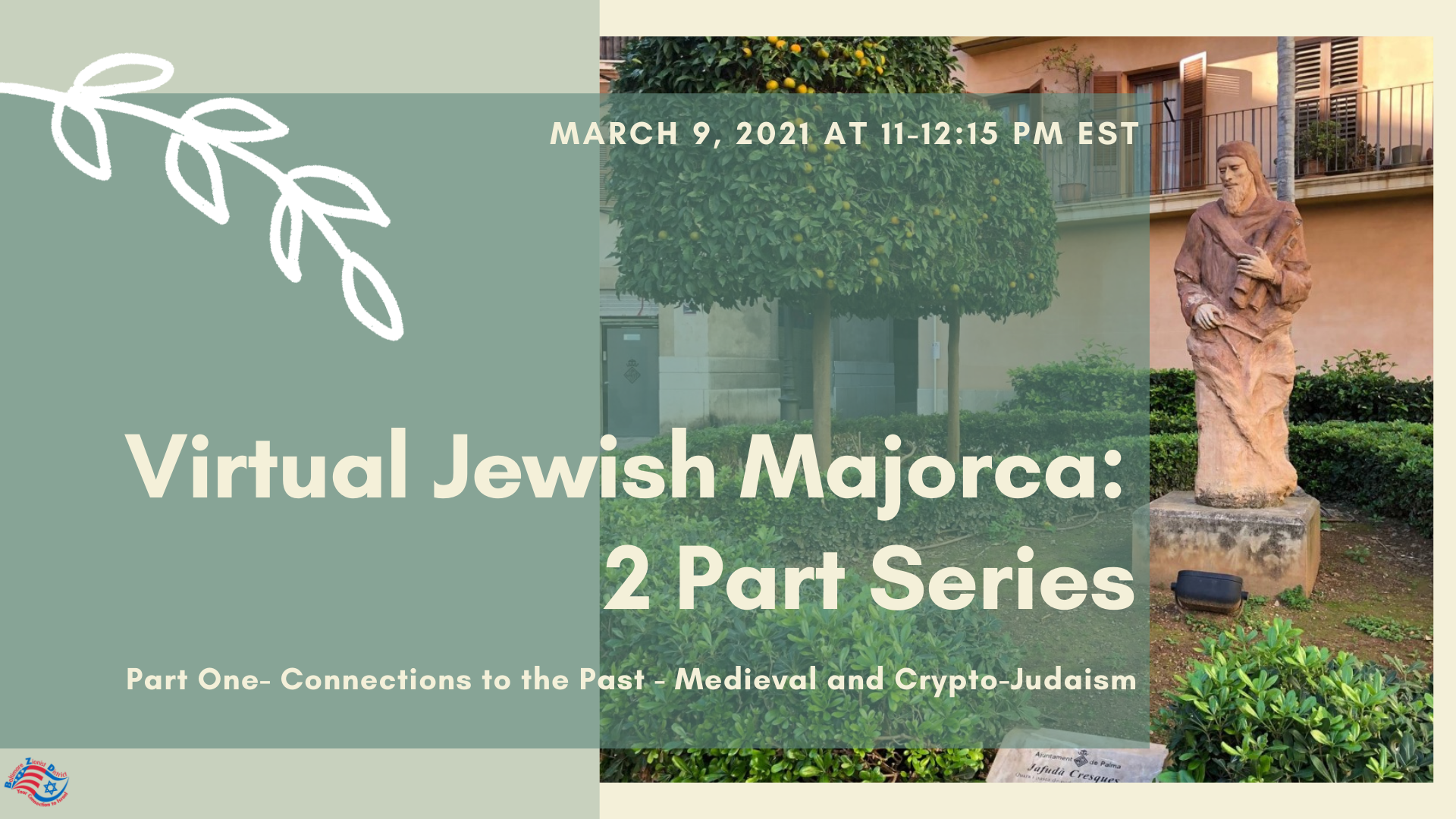 Join BZD on this adventure of Virtual Jewish Majorca with our guide, Dani Rotstein!

During the Inquisition, the Crypto-Jews or Chuetas publicly professed Catholicism while privately adhering to Judaism. Synagogues were secretly built in private homes. Signs of this “secret” community can still be found today with many of the current jewelry shops having been kept within their families for generations beforehand.

We will visit the inside of the permanent exhibit in the Jewish Quarter Interpretation Center inaugurated in 2015 as we trace the footsteps of the Medieval Jews who walked the narrow alleyways of the casco antiguo – or old town. We will learn about famous Mallorquin rabbis, philosophers, and cartographers such as Jafuda ben Creques. We will also learn about the famous failed boat escape of 1688 when 40 Crypto-Jews tried to flee from the persecution of the island unsuccessfully. Come and look for clues and hints that suggest a robust Jewish community that was extinguished over centuries in the fires of the Inquisition.

Where do Jews come from?