Understanding Israel: An Israeli Star’s Guide to Her Complicated Homeland 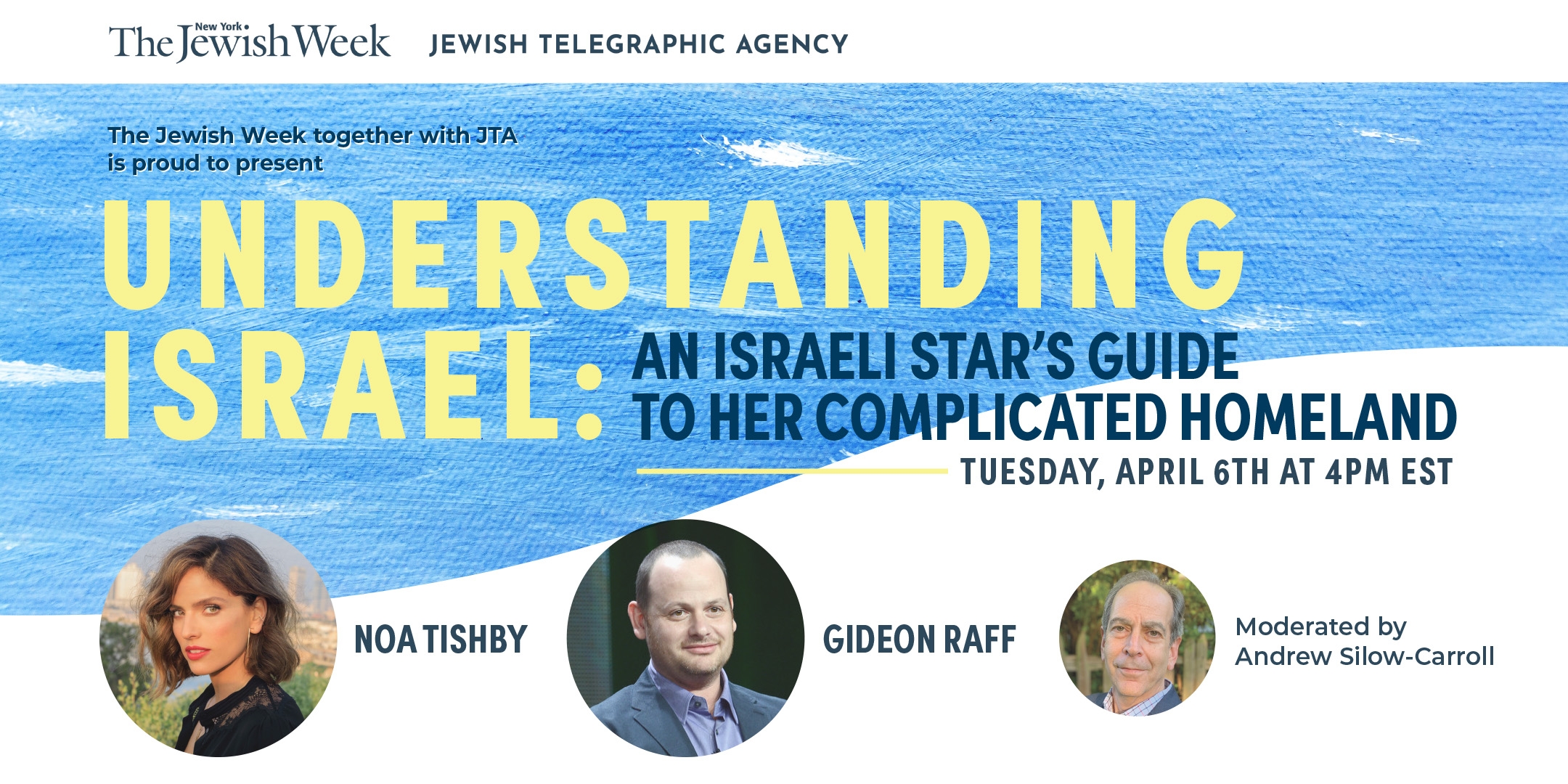 Join The New York Jewish Week and the Jewish Telegraphic Agency for the U.S. launch of the new book “Israel: A Simple Guide to the Most Misunderstood Country on Earth.” Written by Noa Tishby, the creator of the Israeli TV drama “BeTipul,” which was adapted as the acclaimed HBO series “In Treatment,” the book is a personal, spirited, and concise chronological timeline spanning from Biblical times to today that explores one of the most fascinating countries in the world—Israel.

Tishby will discuss the book with Gideon Raff, an Emmy Award-winning writer and the creator of the Israeli series “Hatufim” (“Prisoners of War”), which was adapted as the hit Showtime series “Homeland.” Raff’s most recent show is “The Spy,” starring Sacha Baron Cohen as the real- life Israeli spy Eli Cohen.

The conversation will be moderated by Andrew Silow-Carroll, Editor-in-Chief of The Jewish Week.