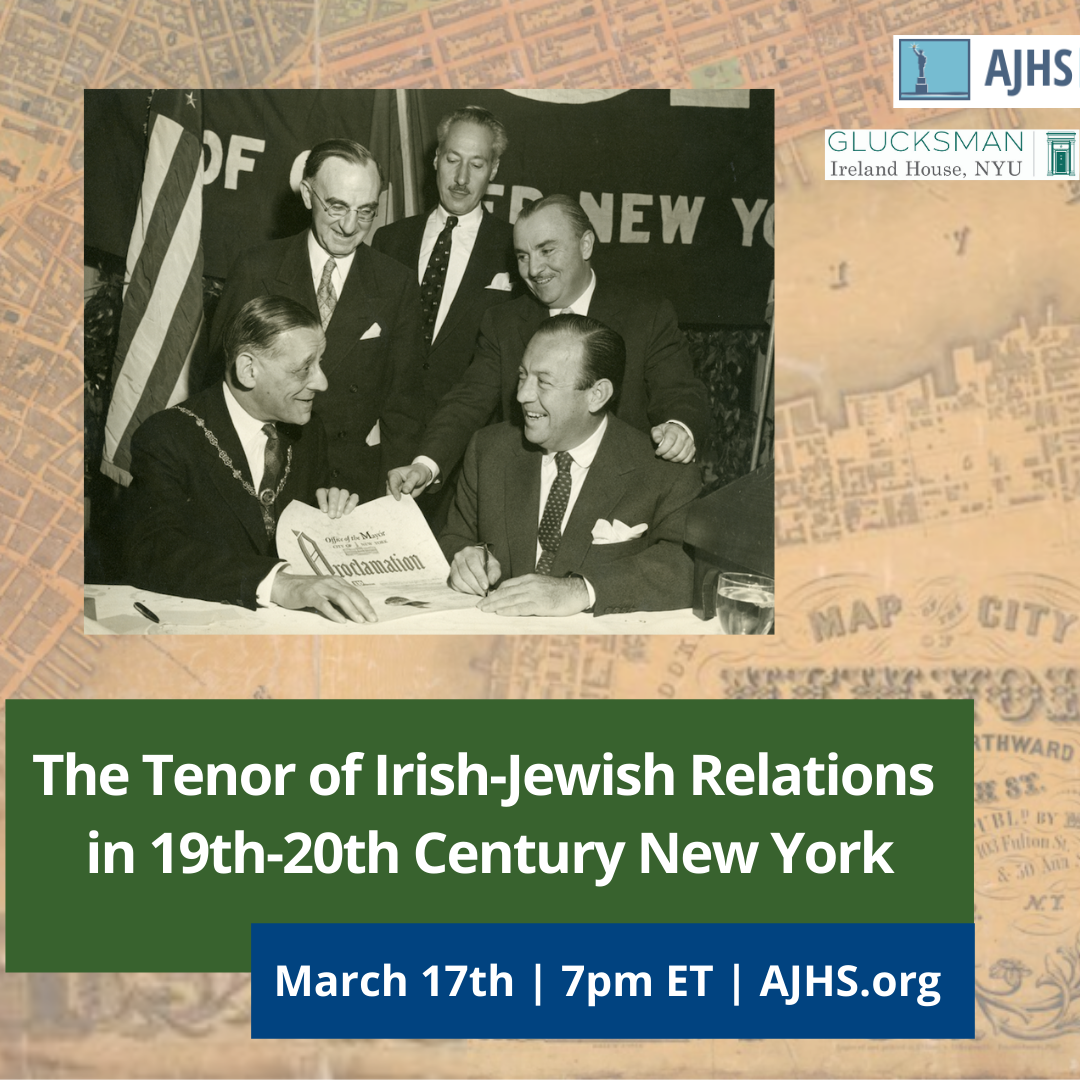 It’s commonly thought that the Jews and the Irish of 19th and early 20th-century New York didn’t get along, but the real story is moore complicated than that. Miriam Nyhan Grey, Associate Director of New York University’s Ireland House, hosts a discussion with Dr. Hasia Diner and Dr. Jeffrey Gurock as they question this long-accepted view and share examples of cooperation between the two immigrant groups.

You’ll learn how American Jews and their Irish neighbors connected in the labor movement, though politics, and schools. In these encounters, Irish Americans, who had been in the United States longer and had established crucial power bases in the nation, served as mentors, models, and mediators for the Jews.