The Pearl of Vilna Crown: Elijah ben Solomon Zalman, the Gaon of Vilna 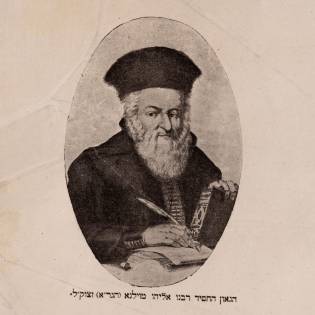 Who was the Vilna Gaon? How did he influence life in Eastern Europe, Israel, and the USA? What legacy did he leave behind?

Join historians Lara Lempert in conversation with Elli Stern for an in-depth discussion on the Vilna Gaon, one of the most famous people to have lived in Lithuania. He became an influential religious leader in the Jewish world and has remained important for the Litvak religious tradition. The year of 2020 marked the 300th anniversary of the birth of the Gaon of Vilna. Sadly, plans to celebrate this momentous milestone in Lithuania and worldwide were thwarted by the pandemic. In collaboration with the General Consulate of Lithuania in New York and the Martynas Mažvydas National Library of Lithuania.