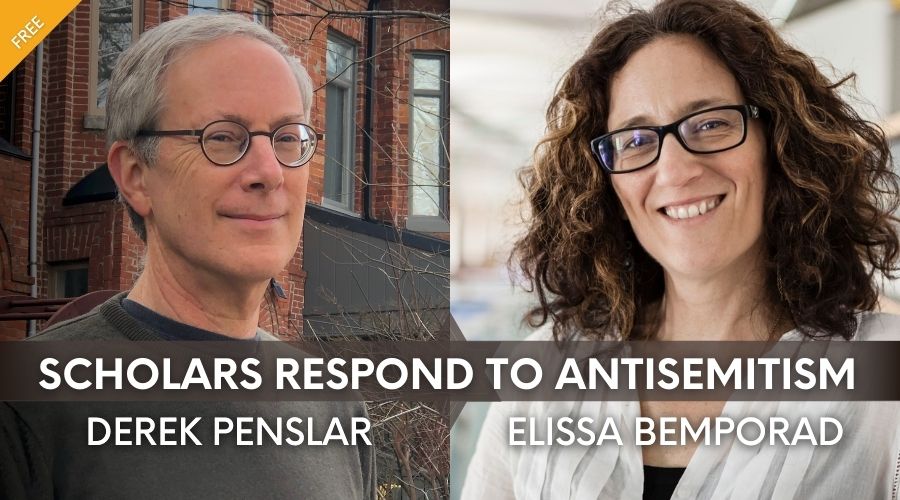 Following a year of study and research, professors Elissa Bemporad, Derek Penslar, Alon Confino, and over 200 international colleagues wrote The Jerusalem Declaration — a tool to identify, confront and raise awareness about antisemitism in the world today, identifying it as inseparable from other fights against discrimination in all forms. Its preamble, definition, and set of 15 guidelines provide detailed guidance for those seeking to recognize and respond to antisemitism, and also addresses divisions within and without the Jewish community, its regard toward Israel, and the ways in which the American Jewish community discusses such issues. Their efforts have been embraced and criticized from all sides of the political spectrum. Join Bemporad and Penslar in conversation with AJU’s Michael Berenbaum to discuss the initiative and its resonance.