The Importance of Converso and Latino Communities 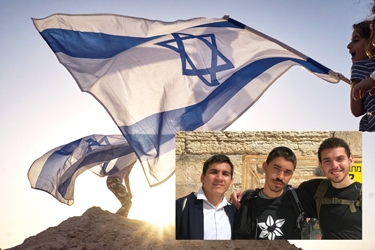 Join Jewish National Fund-USA and Jewish Heritage Alliance for part three of a three-part virtual series that explores the converso and Latino connection to Israel. This compelling story of the Sephardic experience begins hundreds of years ago with the Jews of the Iberian Peninsula. This was a profound period of persecution, pogroms, and forced conversions (conversos). However, it was also a time of hope and survival with many of the converso community seeking to hold on to their Jewish traditions in secret, thus creating the Crypto-Jewish phenomenon wherein many descendants of the conversos are making their way back to their Jewish roots, and some are returning to the land of Israel after more than 500 years in hiding. In the final installment of our series, attendees will discover the potential impact of the converso phenomenon on Israel and the Jewish People. We will explore the earliest Sephardic connections to the land of Israel, including the life and times of Doña Gracia Nasi, considered by many to be the first Zionist dating back to the 16th century. We will fast-forward to what life is like in Israel today for Sefarad descendants who have completed the journey back to their Jewish homeland. Ashley Perry, former Israeli government advisor will discuss current efforts to welcome new Sephardic Olim (new immigrants) to Israel while strengthening their communities for generations to come. Learn more at jnf.org/converso or email Sam Richardson at srichardson@jnf.org.