Resistance of the Heart – A Valentine’s Day Program

The Rosenstrasse Protest is the nearly-forgotten story of a group of women in Berlin who faced down the Third Reich — and won! In February of 1943, several hundred non-Jewish wives of Jewish men faced down Hitler’s genocidal policy and the SS to secure the release of their captured husbands. Nathan Stoltzfus is the world’s expert on this history, and he will be in dialogue with historian Mordecai Paldiel as well as Ruth Wiseman, whose family lived this story.

Marcel Marceau and the University of the Ghetto

Gloria Spielman‘s most recent book, Marcel Marceau: Master of Mime, is now available. She will be blogging here all week ...

To whoever is reading– I’ve had some complaints regarding my recent appearance on Conan, promoting my new book, Kasher In The ... 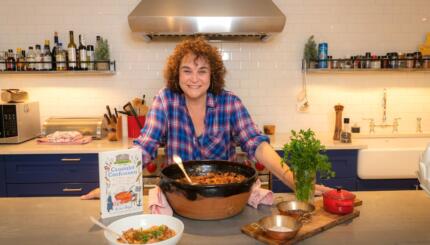 The Secret Jewish History of Cassoulet

A new book explores the history and connection between cholent and the classic French bean and pork dish.