Painting the Holocaust: Remembering Alfred Kantor and His Sketchbook 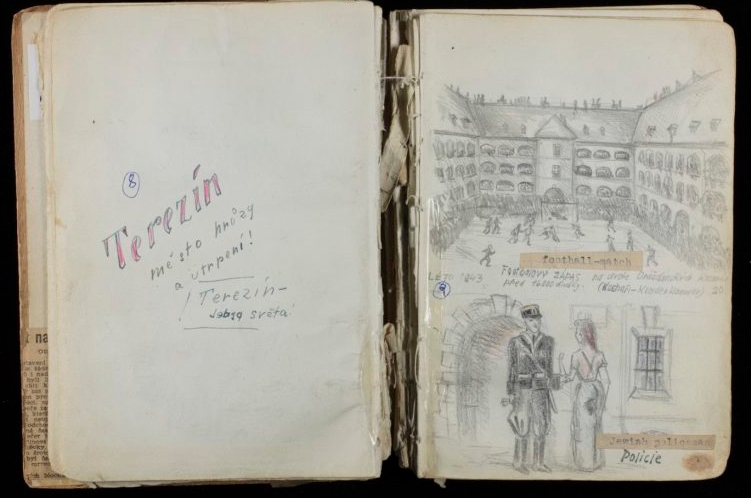 In December 1941, Alfred Kantor arrived at the Terezin Ghetto. An 18 year old artist from Prague with one year of study at the Rotter School of Advertising Art under his belt, Kantor began to draw scenes around him. “My commitment to drawing came out of a deep instinct of self-preservation,” he later wrote, “and undoubtedly helped me to deny the unimaginable horrors of that time.”

Kantor continued drawing and painting at night after he was deported to Auschwitz and to Schwarzheide, and then again after the war in the Deggendorf Displaced Persons Camp. The hundreds of sketches and watercolors he produced between 1941 and 1947 constitute one of the most prolific artistic records of the Holocaust. His sketchbook is on display at the Museum in Auschwitz. Not long ago. Not far away. and several of his works are in Rendering Witness: Holocaust-Era Art as Testimony.

Join the Museum for a celebration of Kantor’s remarkable life and legacy, featuring his daughter Monica Churchill; Zuzana Justman, a filmmaker and writer who interviewed Kantor for her film Terezin Diary; and Dr. Ori Z. Soltes, Professor of the Teaching of Jewish Civilization at Georgetown University and former Director the B’nai B’rith Klutznick National Jewish Museum with a specialty in art and the Holocaust.

This program is part of Carnegie Hall’s Voices of Hope festival.