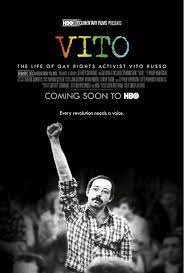 Founder. Author. Chronicler. Activist. Vito Russo founded GLAAD (Gay and Lesbian Alliance Against Defamation) and ACT UP (AIDS Coalition to Unleash Power) and wrote “The Celluloid Closet,” a chronicle of Hollywood’s depictions — and stereotyping — of LGBTQ+ in movies and TV. In the week leading up to this program, watch the documentary “Vito” and then join Rabbi Sam Natov in conversation with “Celluloid Activist: The Life and Times of Vito Russo” author Michael Schiavi.

Links to view “Vito” before the program and participate in the discussion will be sent to all who register.