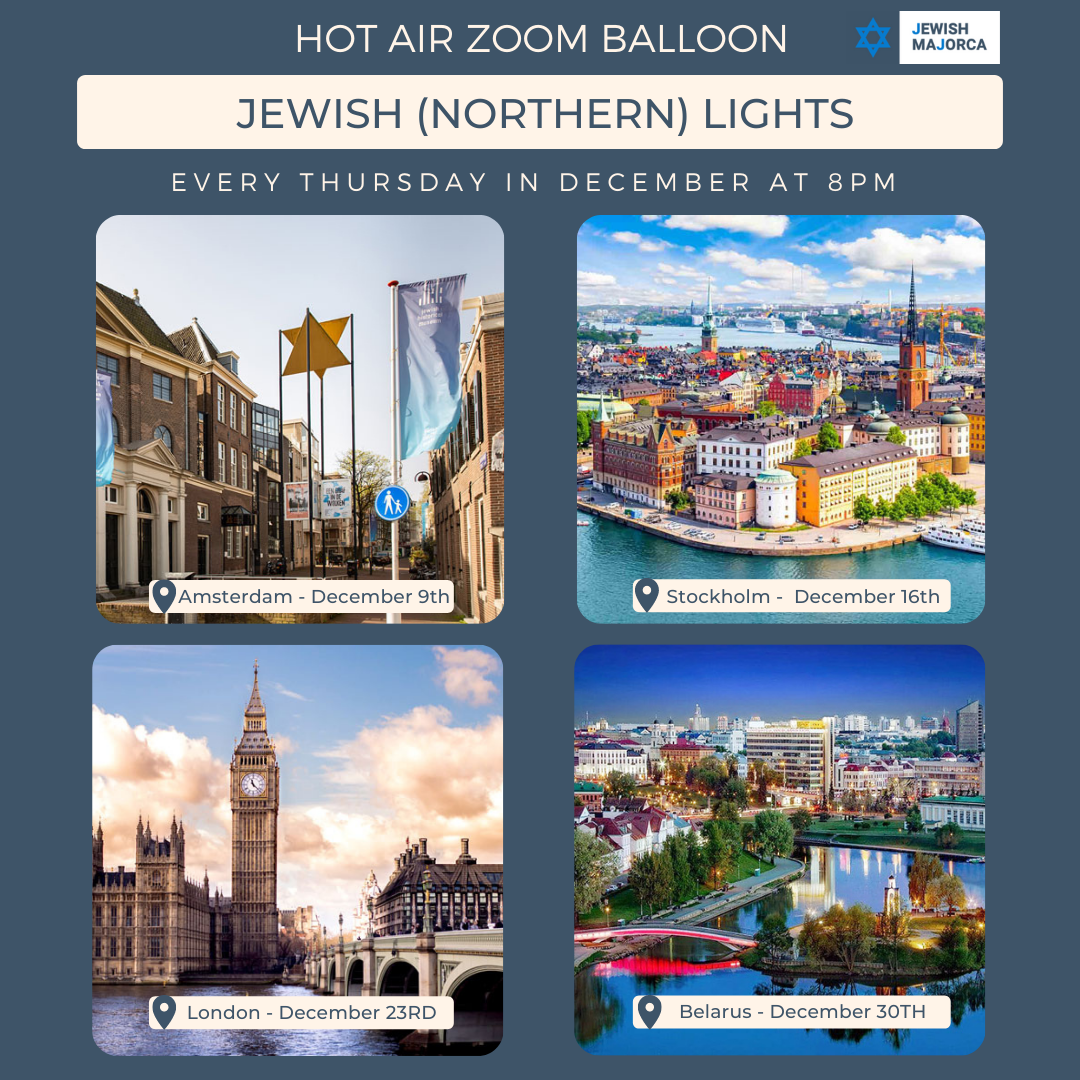 Get on the Hot Air Zoom Balloon to meet exceptional guides and Jewish community members who live around the world and will tell us first-hand the history and current activities of their communities.

Belarus‘ Jewish story is rich, vital, traumatic, fascinating and barely spoken of. The territory was ruled at different times by Lithuania, Poland and Russia. It was invaded by Germans in 1941 and came under the rule of the Soviet Union until 1991. Debra is originally from London and has been working in Belarus for over ten years. Debra has worked tirelessly to give agency to Jewish people coming out of a traumatic past, to empower them and give them skills and self-belief to rebuild and revive. She will give us snapshot of the history of the Jewish people of Belarus, the legacy this has on the Belarusian Jewish community of today, and an insight into a fascinating initiative called The Together Plan.