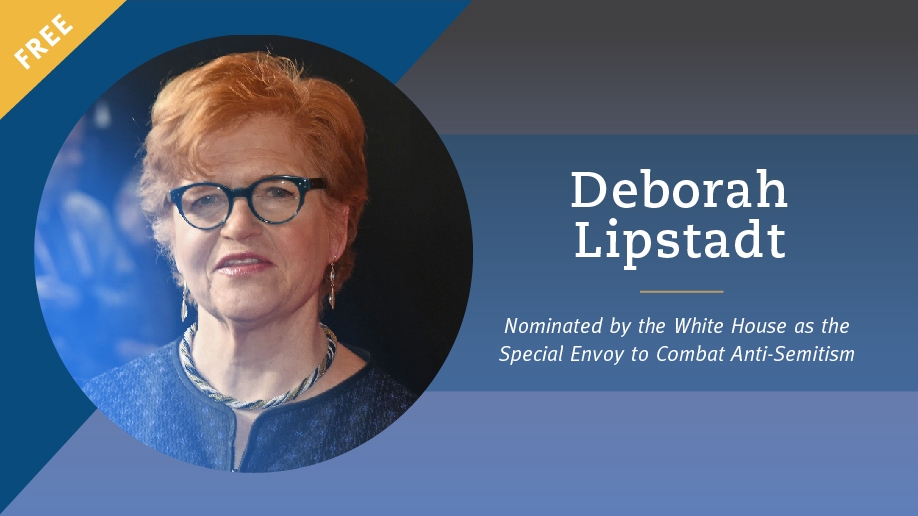 Dr. Deborah Lipstadt devoted her professional life to battle antisemitism and discrimination. Her efforts were recently acknowledged by the White House, as she was nominated to serve as Special Envoy to Monitor and Combat antisemitism, the highest-ranking public official given this task. The nomination for this position, set in the U.S. Department of State with the rank of ambassador, was hailed by Jewish organizations and communities nationwide.

Join her in conversation with Prof. Michael Berenbaum, to discuss her path as a transformative and an inspiring educator, author and commentator. As past Director of AJU’s Brandeis-Bardin Institute, this will also be a heartwarming homecoming.

Whether you want to prepare for the holiday by making Moroccan donuts, join a communal candle-lighting, or learn about the artistry of the Menorah, there is something for you!

Your Guide to the Best Online Sukkot Classes and Events

Learn about and experience Sukkot with these unique classes and workshops from Jewish organizations and synagogues around the world.