Jewish Journalism and the Jewish Future 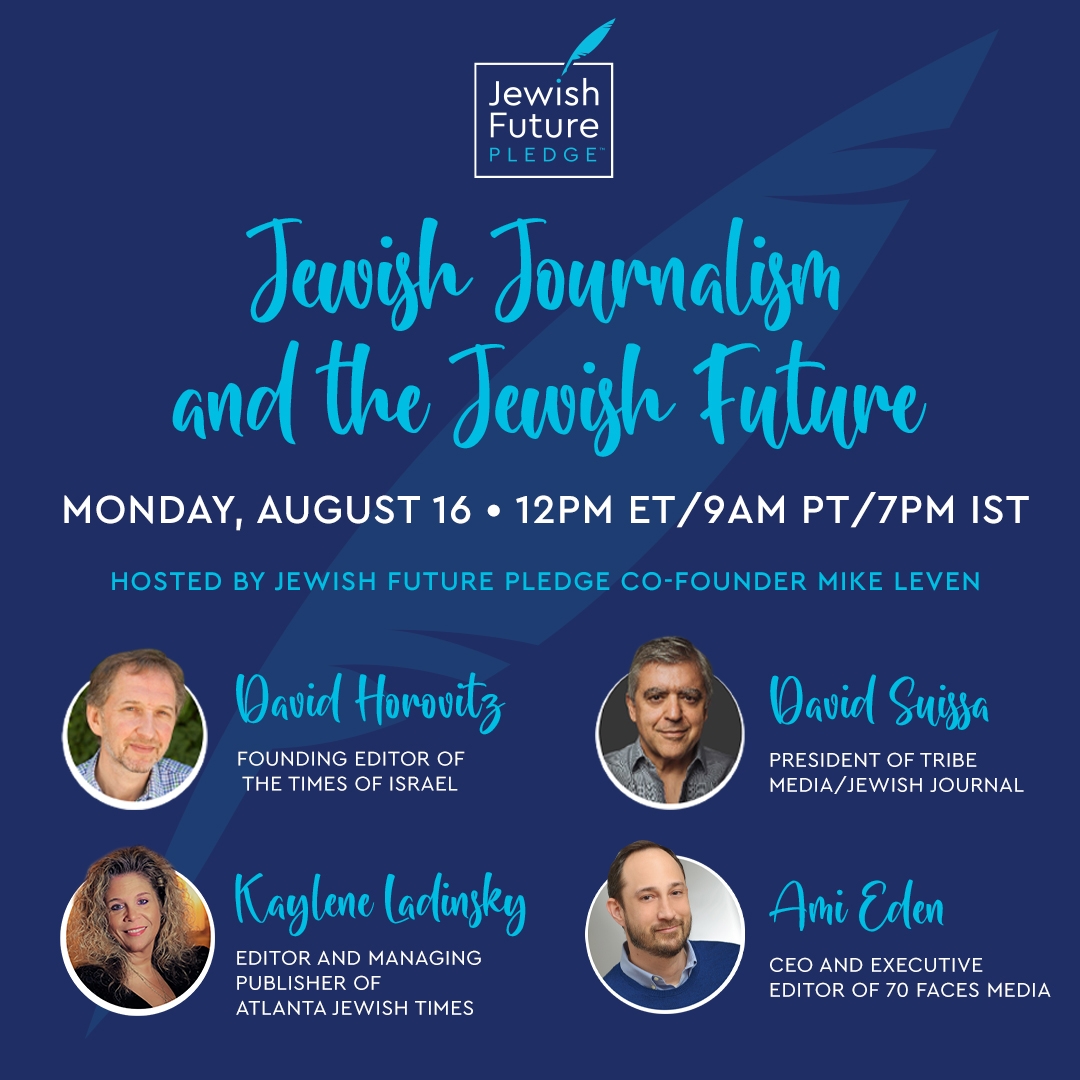 What is Jewish journalism’s role in shaping our collective Jewish future? How can we work together to ignite a surge in Jewish pride, secure funds to ensure the Jewish future, and spark critical intergenerational conversations about why the Jewish people matter?

Join the Jewish Future Pledge and Times of Israel on Monday, August 16 at 12pm ET / 9am PT / 7pm IST for a virtual panel to discuss these critical issues.

David Horovitz, the founding editor of the Times of Israel

An Overview of Israeli Current Affairs with David Horovitz

Greenwood, Mississippi is a small town nestled in the heart of the Mississippi Delta. Today, it’s known for being home ...